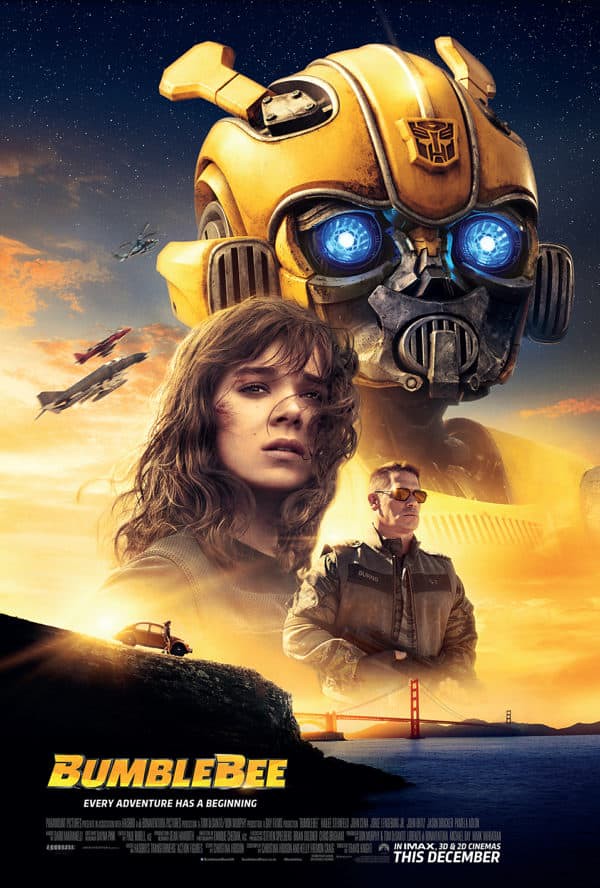 On the run in the year 1987, Bumblebee the Autobot seeks refuge in a junkyard in a small California beach town. Charlie, on the brink of turning 18 years old and trying to find her place in the world, soon discovers the battle-scarred and broken Bumblebee. When Charlie revives him, she quickly learns that this is no ordinary yellow Volkswagen.

I knew I have been saying this so many times this year, but Bumblebee is also one of the most anticipated films of mine this year. Ever since I saw Bumblebee in Transformers films, he became my favourite Autobot. When everyone around me seems to love and adore Optimus Prime, I always love Bumblebee. I mean, come on. He is just so cute and adorable. He is cool and awesome when fighting. He is strong. Yet, he has this adorable face that made you just love him. Okay, before I started to babble about Bumblebee, let’s start talking about the film. 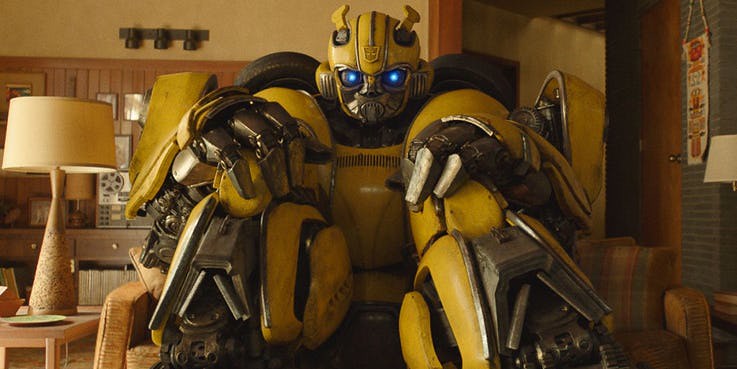 Bumblebee tells us about the story of how and why our beloved Autobots came to Earth. The timeline is a bit confusing, though. Because it seems from the last Transformer film, Transformers: The Last Knight (2017), and all other Transformers films, Autobots have come to Earth a bit longer than the year of 1987. It seemed before, the Autobots have arrived on Earth from ancient time and Cybertron has been destroyed a really long time ago. But from what I gathered from this film, all of that only happened recently. It is said that Bumblebee was sent to Earth in 1987, but in Transformers: The Last Knight, is said Bumblebee has been on Earth during Hitler times. It’s a bit confusing, really. However, put all of that aside, we get to see how Bumblebee got the name Bumblebee and how he lost his voice and used the radio to speak. The film centres on the friendship between Bumblebee and a girl named Charlie. I think Bumblebee is the best Transformers film thus far. It is more simple than the last few films.

Charlie Watson is a moving and spirited character played wonderfully by Hailee Steinfeld. She is just a girl who wants a new car, only to get more than she bargained for, a Volkswagen Beetle who turns out to be an Autobot named B-127, who later on named Bumblebee. I think the friendship between Charlie and Bumblebee is really the central force of the film. Although the first reason that Bumblebee came to Earth is to protect it and made sure Earth became the gathering place for Autobots, the script written by the writers really focused on the friendship. I think it is very genius because, with all the science fiction concept, a little friendship filled with empathy and humanity from Charlie and Bumblebee made the film sweeter and more relatable. Charlie and Bee really are the souls of Bumblebee. As they say, it is the film’s beating heart.

Hailee Steinfeld has proven to us that she suited the role really well. Her cheerfulness and her warmth made her friendship with our beloved Autobot real and more relatable to the audiences. We could feel the fun, the happiness, and even the sadness. The production team has made a perfect choice by choosing Hailee Steinfeld to play the role of Charlie Watson. It’s largely through Hailee Steinfeld’s performance that the friendship between Charlie and Bumblebee became believable, real, and touching. 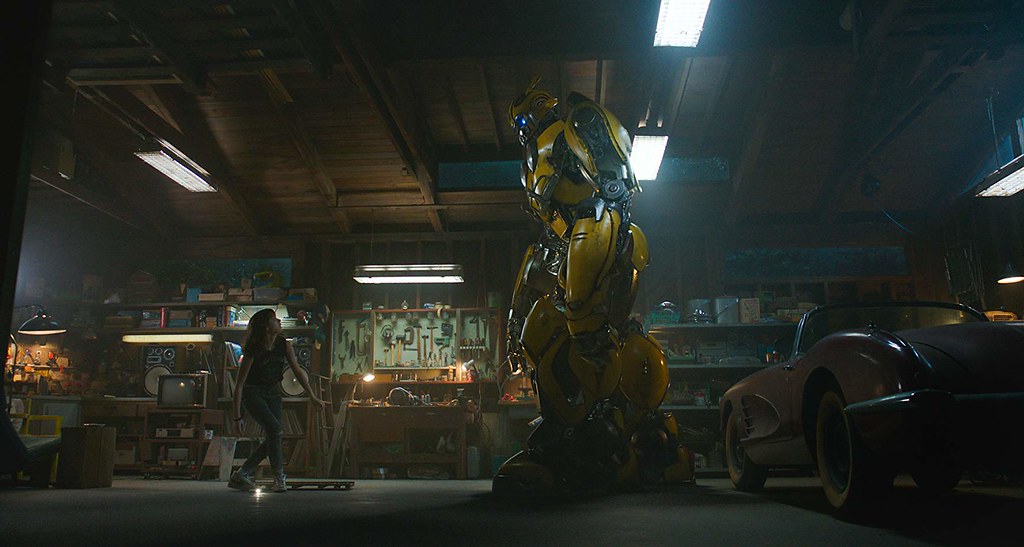 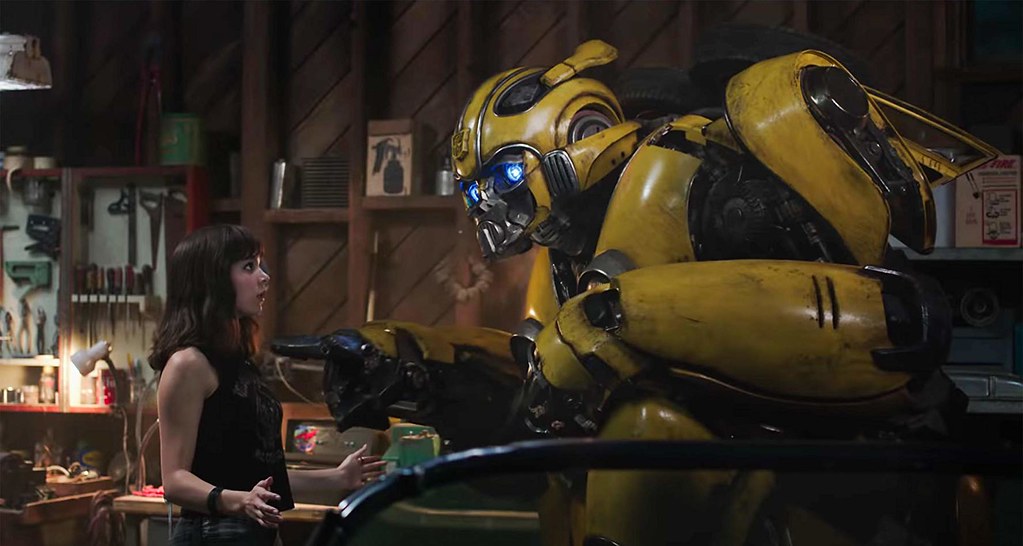 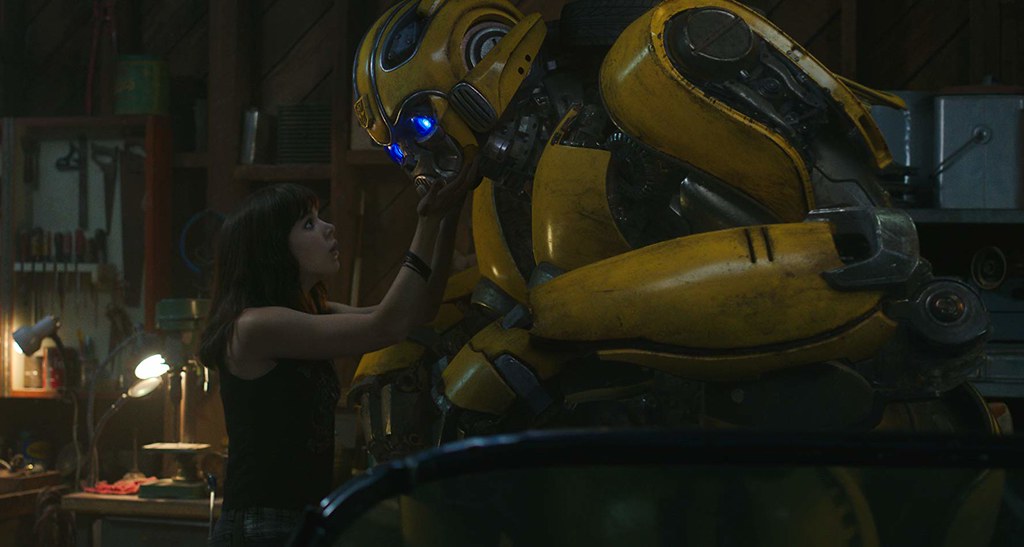 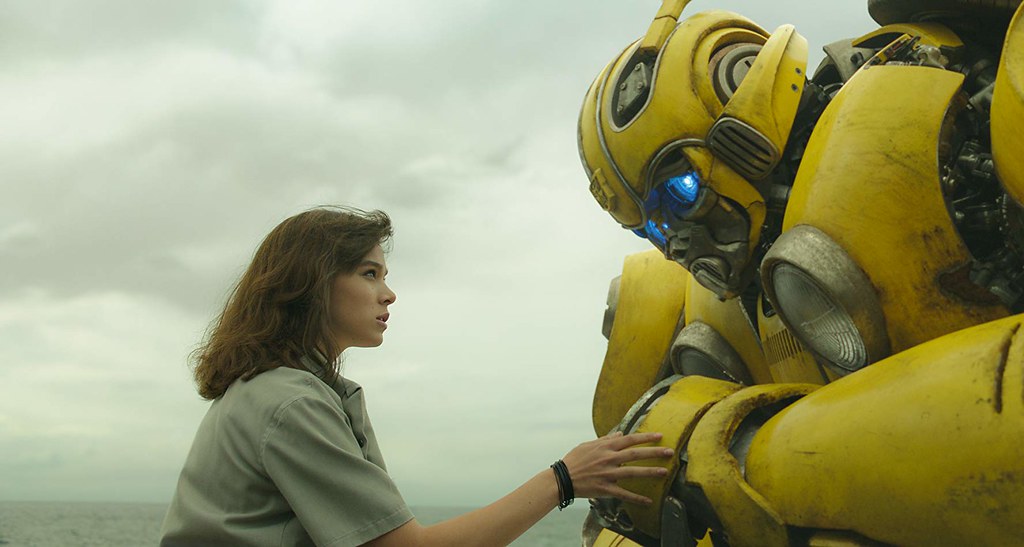 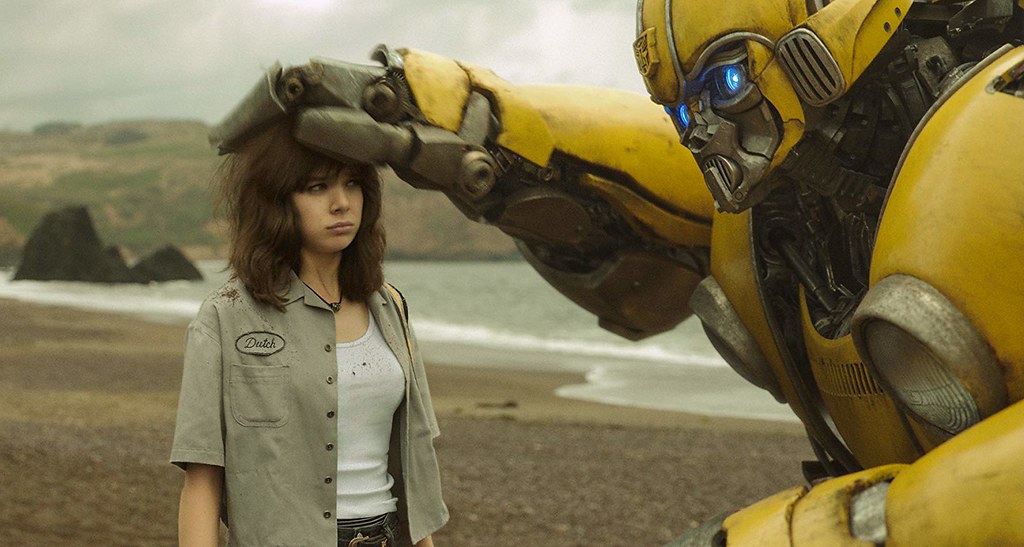 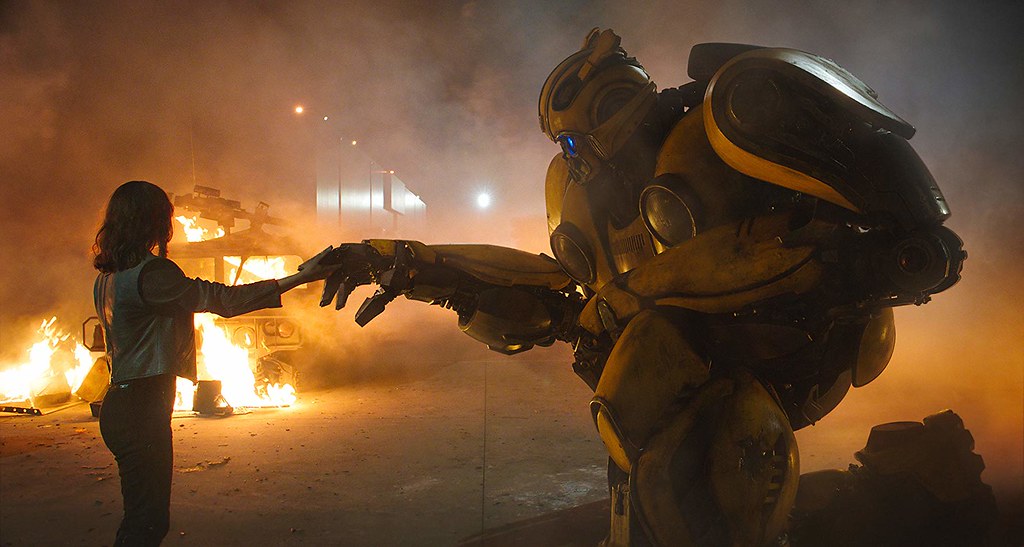 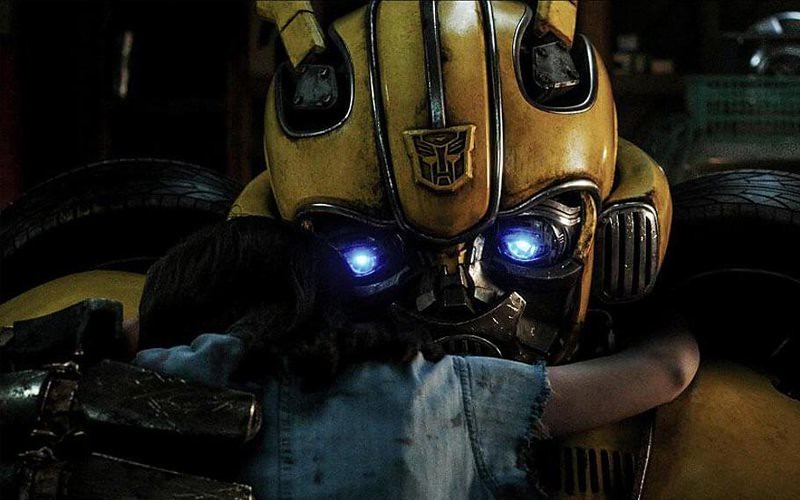 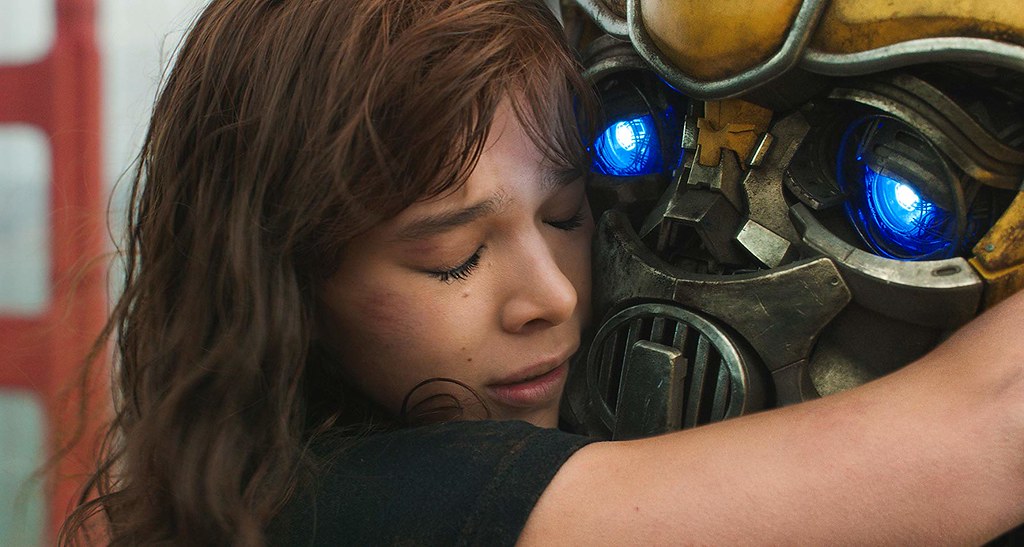 I always love Bumblebee. Not only he got the most adorable and friendly face, but also the cutest voice. He lost his voice during a battle and he has to use his radio to speak. He has to find words from many radio channels to make a sentence. However, it is exciting that Dylan O’Brien got the chance to voice Bumblebee even just for a while. When my friends seemed to love Optimus Prime, I have always loved Bumblebee since the beginning. Like I have said before, Bumblebee is kind of a total package. Yes, he is not a Prime, not also the leader of the Autobots, but you can say he is the Deputy, the Lieutenant. Bumblebee may not have the aura like Optimus Prime, but he is a very good and loyal friend. He may not have wings like Optimus Prime, but he does know how to fight. Bumblebee is a very good fighter and a good driver as well. He is a survivor.

Despite being a robot—let’s face it, Autobots are basically robots—Bumblebee has a very cute and adorable face. It is so cute that made Bumblebee became lovable. Bumblebee is indeed the definition of a cool and adorable Autobot. Sure there are many Autobots that was way cooler, but none of them has the face and the character as adorable as Bumblebee. Besides, what makes Bumblebee way more adorable other than his face and character is the way he speaks. It is unlike others. Plus, his gesture is pretty human so the audience can relate to his feeling. Whether he is feeling scared, happy, confused, or even sad, we can see and feel it all. 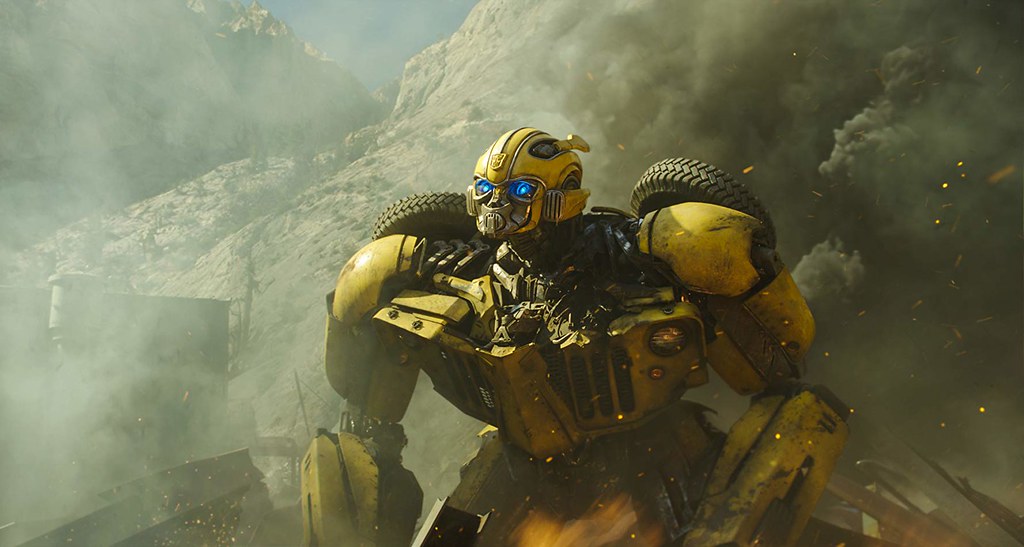 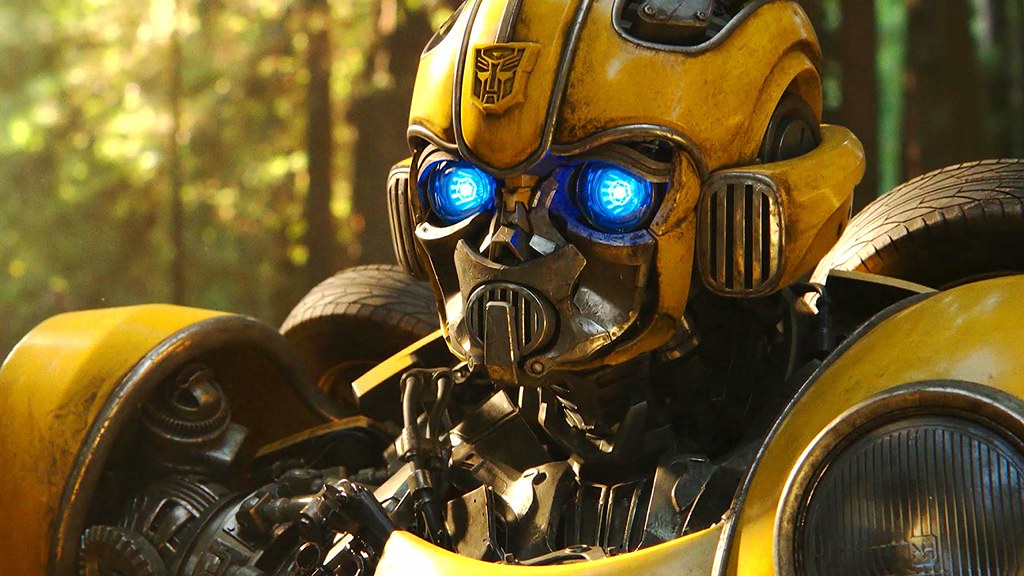 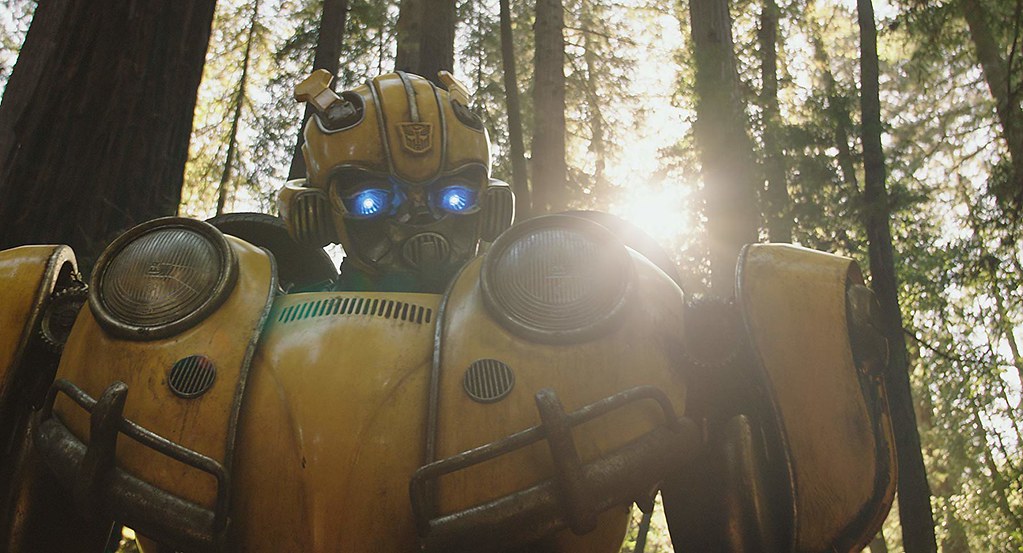 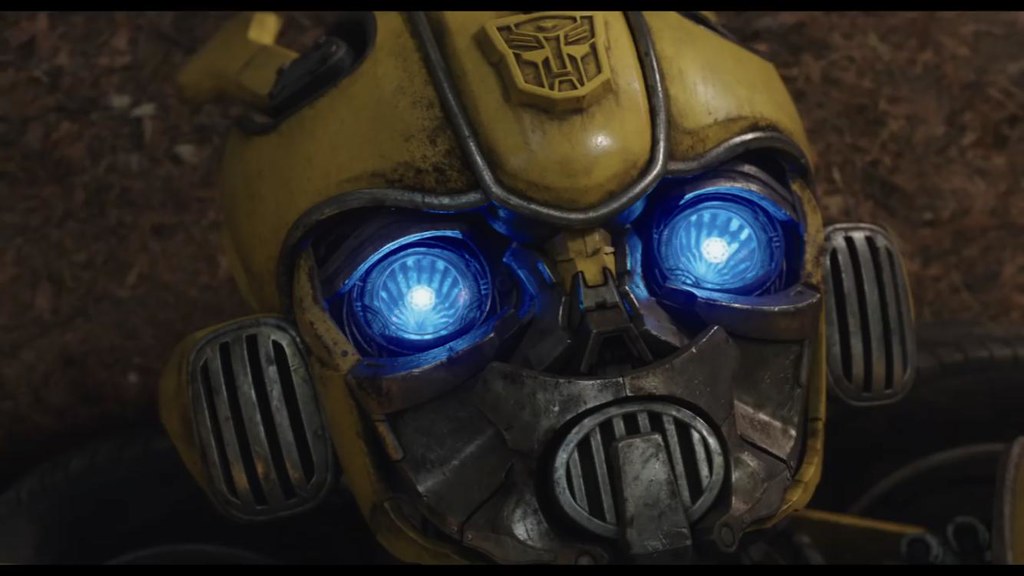 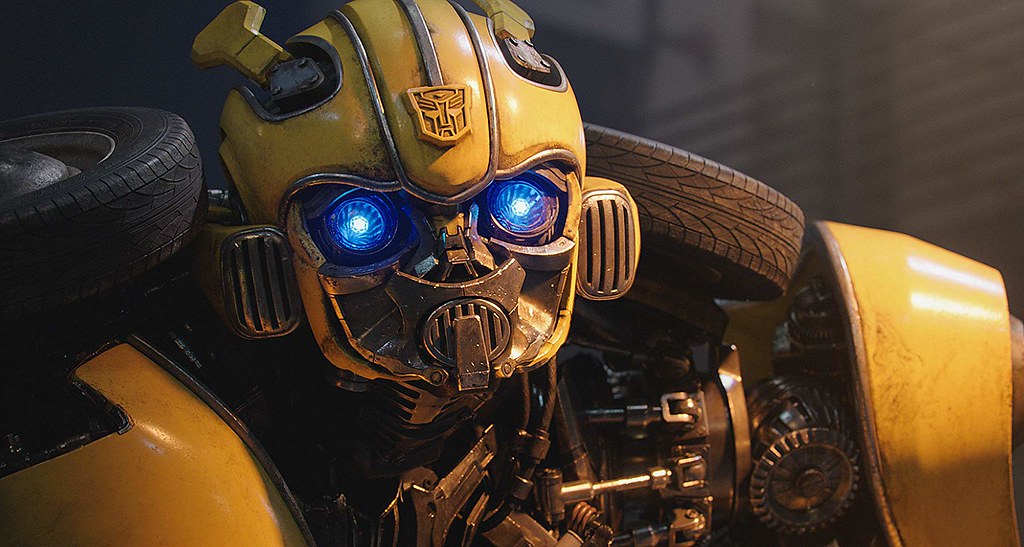 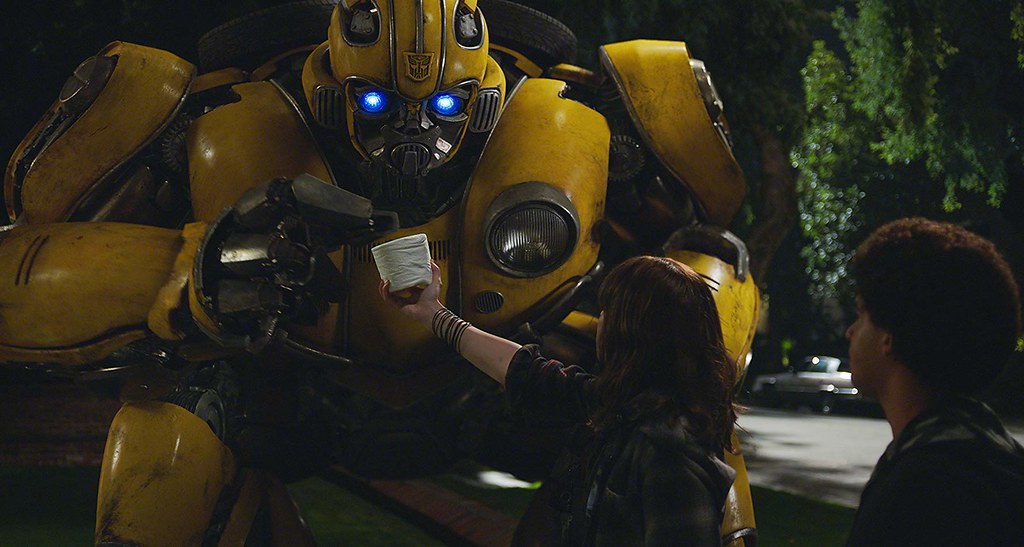 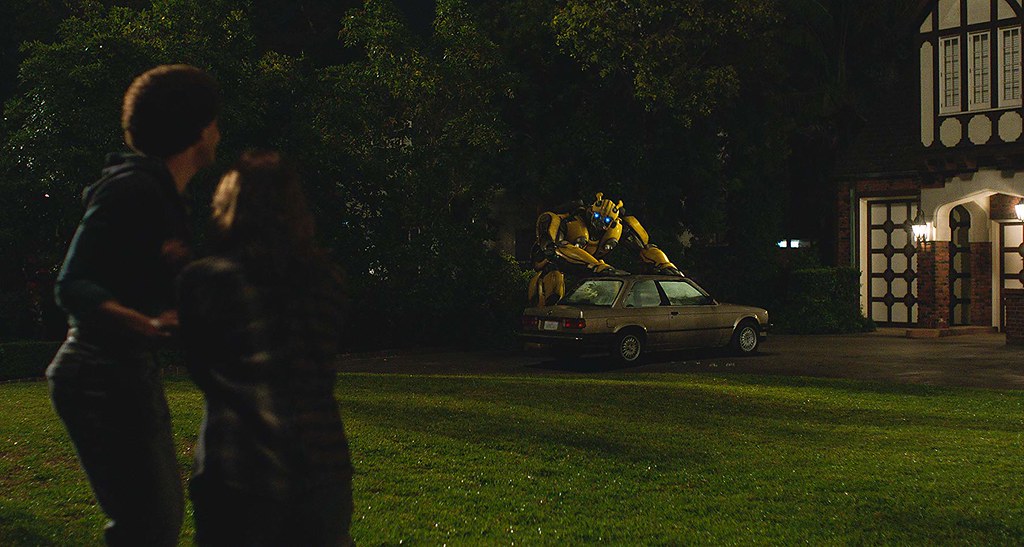 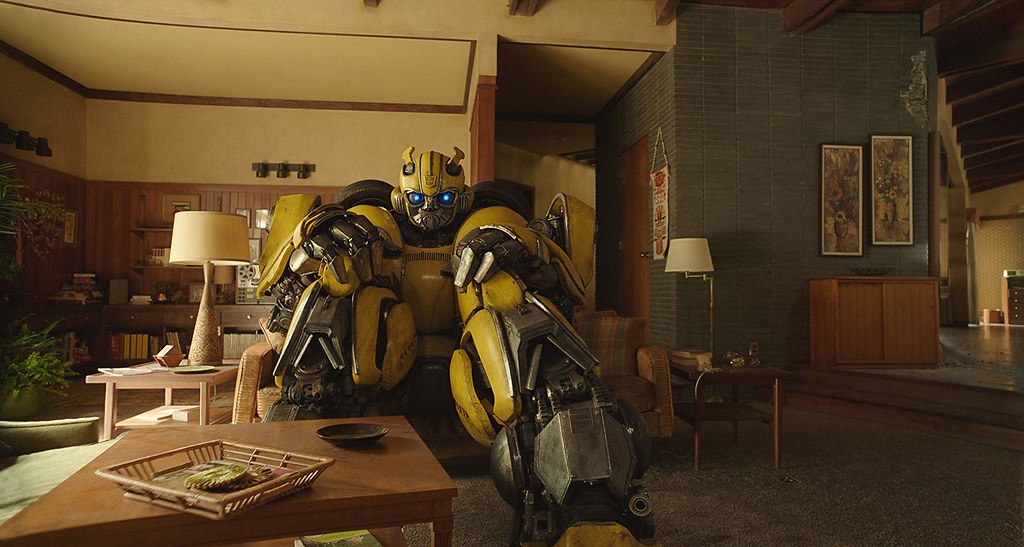 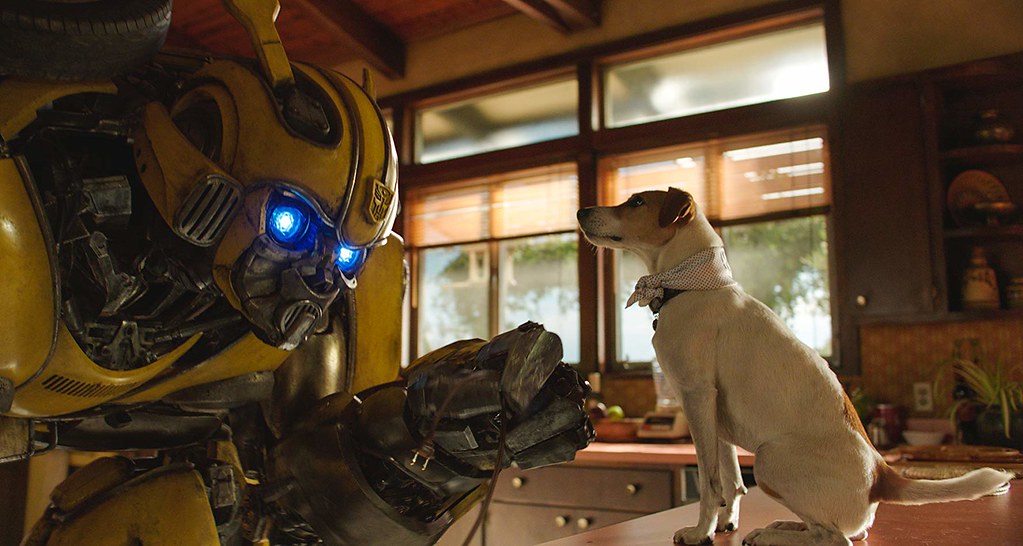 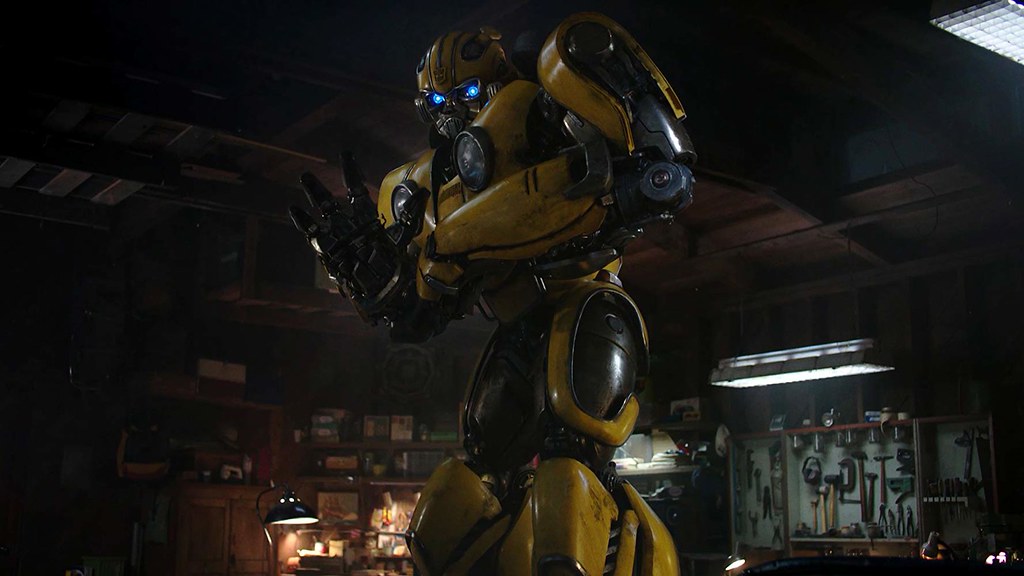 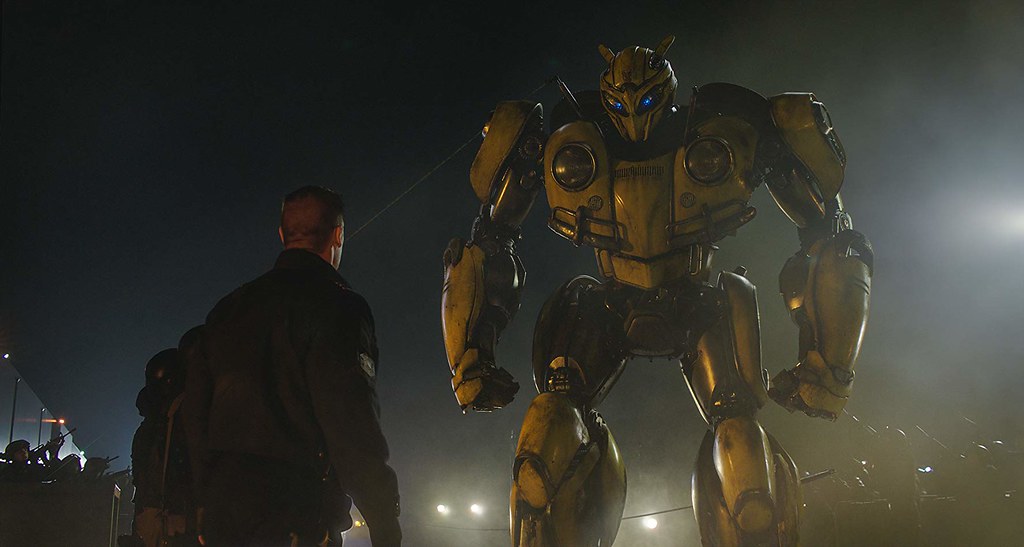 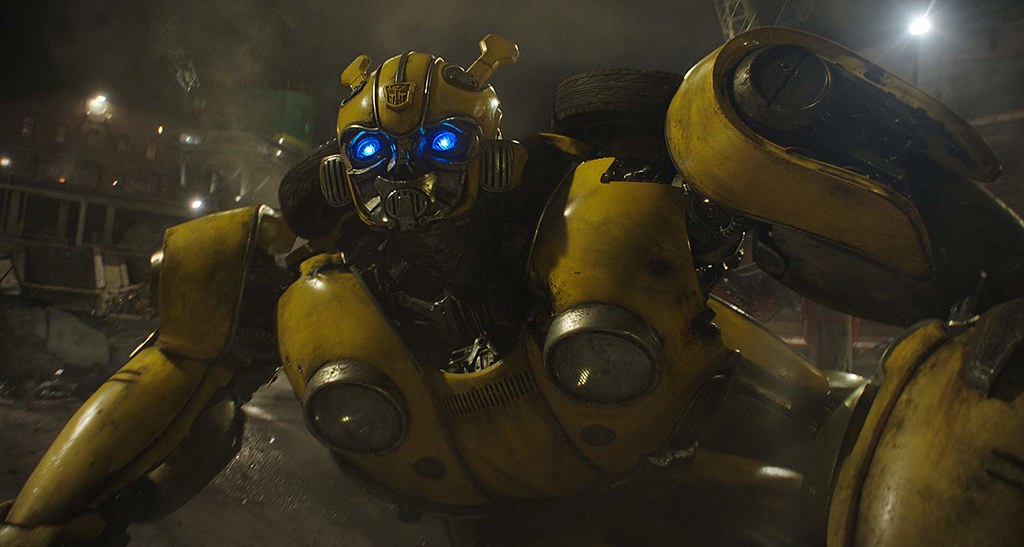 One of the selling points of Bumblebee is the presence of John Cena. Ever since the announcement that he will take parts in the film, everyone has been wondering what role that he is going to play. Many hope it would be someone very important. Unfortunately, that is not really the case. From what I have seen, John Cena as Agent Burns did not do much in the film, neither that he showed up much. His character’s existence is a bit needed to be questioned. His character is a little bit underdeveloped. You can really decide whether he is the villain or the good guy or even neither. Narratively, the story could have functioned without him. There are also Charlie Watson’s family members. Her mother, her stepdad and her little brother and also Charlie’s love interest that only add little conflict and light comedy. Still, I prefer the humour between Charlie and Bumblebee.

The CGI effect in Bumblebee is pretty cool. I am still amazed by how the editing team managed to make the Autobots real. They managed to edit every single scene when the cars changed to Autobots or vice versa, thus making the story believable. The editors of the film have done their job really well. I managed to enjoy the film without getting disturbed by the effect. I did not think even once about the CGI because everything was edited smoothly.

When you are talking about films like this, we cannot leave out the action sequences. After all, Transformers is an action film so talking about the action sequences is some sort of a must. Unlike any other films in the Transformers franchise, Bumblebee does not give us as much as action sequences. However, whenever the fighting scene showed up, it was always good and exciting. I do hope we got to see more of the fighting scenes between the Autobots and the Decepticons but remembering that we all have seen that a lot in the last five films, I don’t really mind if I don’t see as much fighting scenes as before. After all, the film is more focusing on Charlie and Bumblebee’s friendship, so I am already excited about that.

“Here’s the deal, people can be terrible about things they don’t understand. From now on the only person you can show yourself around is me.” – Charlie Watson

Ultimately, Bumblebee is not just a good prequel to the Transformers franchise, but it is the best entry in the series so far—I think even better than the first film, in which fans think as the best Transformers film. I love Transformers, but lately, the film became more and more unattractive. If not because of Bumblebee, I would have bailed out immediately. That is why I was so excited when his solo film was going to be made. I was super super excited about it.

Anyway, in conclusion, Bumblebee is a great film. It is just what you needed from Transformers franchise. I really enjoy the film so much that I didn’t get bored at all. I really like the film and the character itself. The cast has done their job well, especially Hailee Steinfeld who has brought the friendship between her character, Charlie and Bumblebee come to life and believable. This film is really worth to watch. I really enjoy watching it.

I give Bumblebee 9 out of 10 stars. And Happy Christmas, everyone!