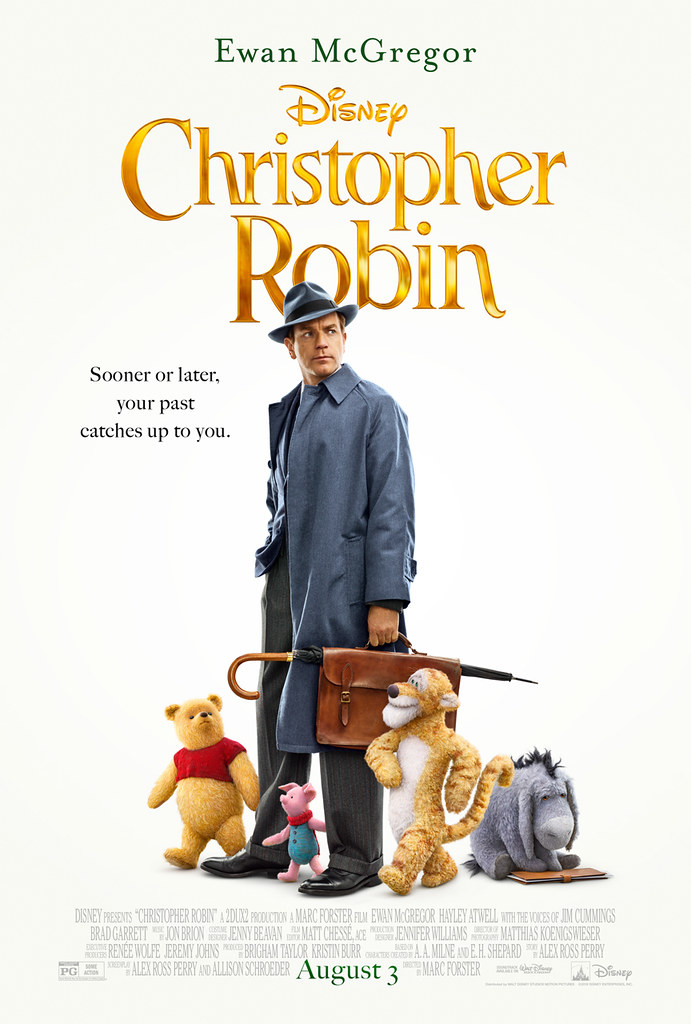 Christopher Robin—now a family man living in London—receives a surprise visit from his old childhood pal, Winnie-the-Pooh. With Christopher’s help, Pooh embarks on a journey to find his friends—Tigger, Eeyore, Owl, Piglet, Rabbit, Kanga and Roo. Once reunited, the lovable bear and the gang travel to the big city to help Christopher rediscover the joy of life.

Honestly, I love Winnie-the-Pooh so much that it’s not surprising if Christopher Robin is one of my most anticipated films this year. Especially when I saw the life Pooh in the trailer months ago, I got more excited than before. Seriously, the Winnie-the-Pooh is so damn cute and adorable in this film. I know not many people like this film, let alone love it. I, myself, don’t particularly love the film but I do like it. I enjoy watching the film, truly. The story is pretty simple. It’s about finding the joy of life. Finding what’s the most important thing in life.

I think it’s a bit bias if you listen to my opinion because I like this film simply because the Pooh bear is so darn cute. Like seriously. I have not watched Paddington 2 (2017) so I can’t compare which one is better. But in my opinion, Pooh bear is the cuter live-action bear instead of Paddington bear. But before we jumped into the story or the bear itself, let’s talk about the actors and actresses first. 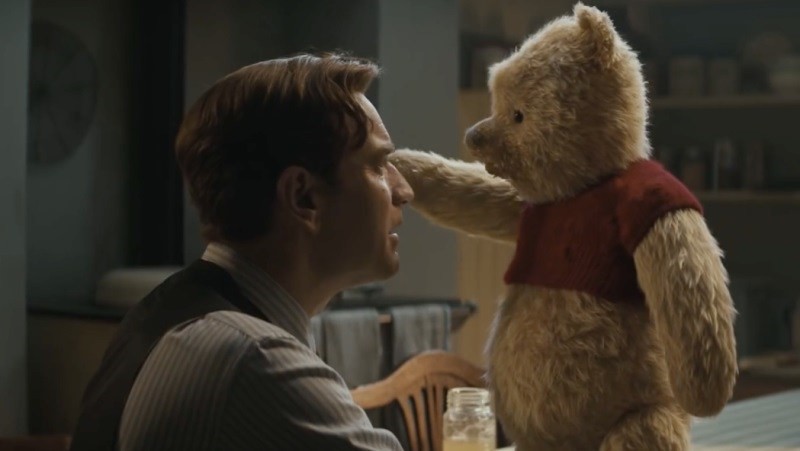 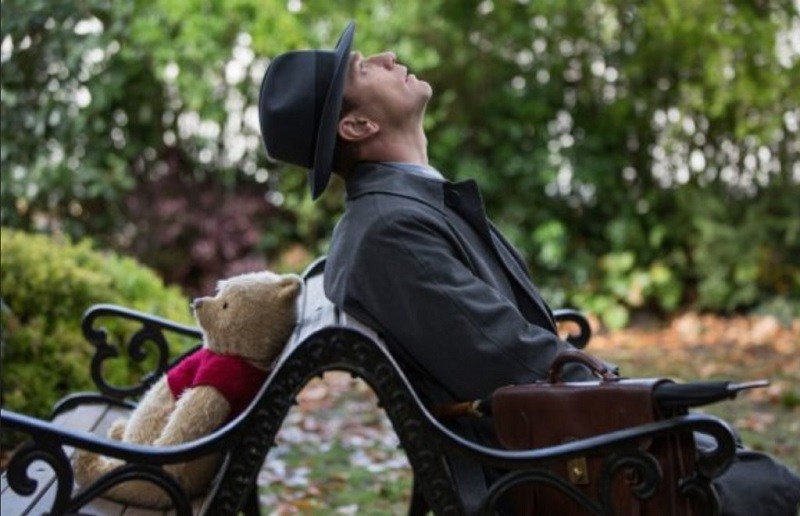 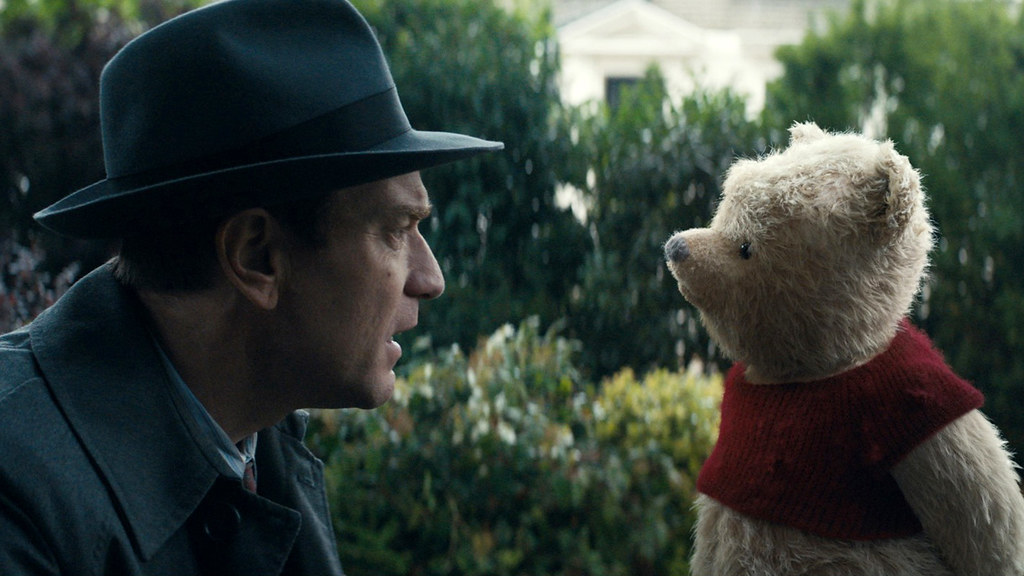 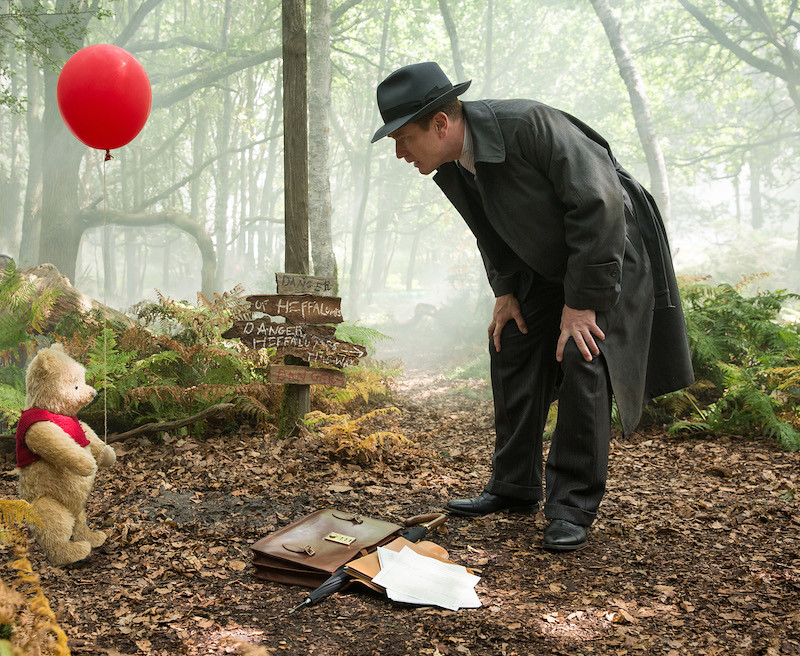 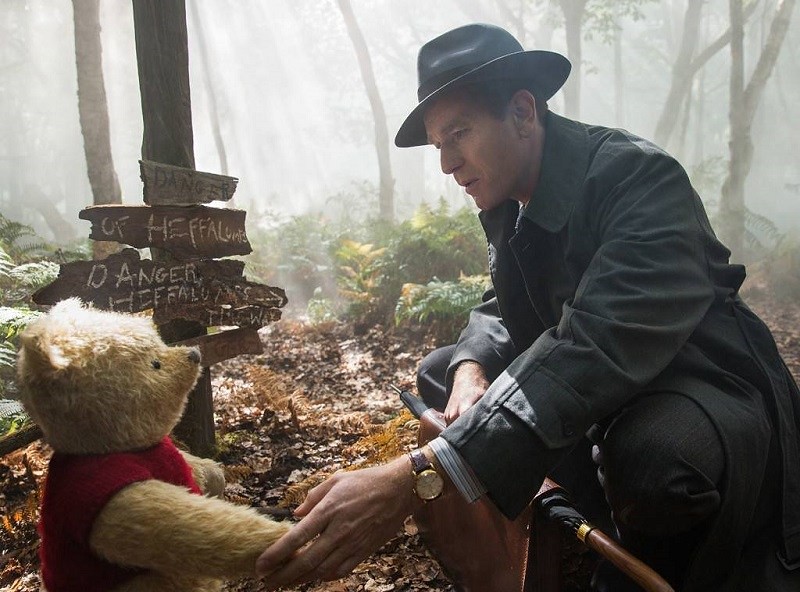 Like Ewan McGregor, Hayley Atwell is also back for Disney live-action film. After playing Cinderella’s mother in Cinderella (2015), she now played Christopher Robin’s wife, Evelyn Robin. While Bronte Carmichael played Christopher Robin’s daughter, Madeline. For a new young actress, Bronte Carmichael did a good job of portraying Madeline. Her interaction with other characters and the stuff animals also were very good. I also like the chemistry between Ewan McGregor and Hayley Atwell. They made a good couple in the film. Their chemistry as husband and wife and as parents are great.

Talking about Christopher Robin, we can’t not talk about Winnie-the-Pooh. I think he is the most beloved bear in the world. I mean, who doesn’t love him? He is so bloody cute. Seriously. I know this film is supposed to be about Christopher Robin, but there is no Christopher Robin without Pooh. And in this film, Pooh looks super adorable. I dare say, even more cuter than the cartoon version. The voice of Pooh is still played by Jim Cummings, who happened to voice the character of Tigger as well. Last time I saw Winnie the Pooh (2011), Jim Cummings also voice the character of Pooh and Tigger. That is why when I watched this film, the sound of both Pooh and Tigger is so familiar. It’s a good choice to have Jim Cummings voiced them because I felt more familiar.

Pooh: People say nothing is impossible, but I do nothing every day.
Christopher Robin: No, Pooh, that’s not the… oh, never mind.

If I have to choose between Paddington bear and Pooh bear, I will always choose Pooh bear, especially the Pooh bear in this Christopher Robin film. It’s true when Christopher Robin said that Pooh is a silly old bear because he is indeed silly but in a good and cute way. Pooh is very caring and loyal towards his friends and he is a very good and kind hearted bear. No wonder he is the most beloved bear around the world. Not only Pooh is very cute but also has a big heart. Although every single stuff animals in this film are very adorable and cute, my favourite one will always Winnie the Pooh. I just can’t help it.

What I like about Pooh is that not only he is cute and kind, he is also very innocent. His innocence sometimes seemed silly and made him look rather stupid and ridiculous. I don’t think it’s a bad thing because that’s what made Pooh, Pooh. That’s what made him funny. However, there are many times that I see Pooh as smart. Of all his friends in the Hundred Acre Wood, Pooh is the smartest. At least that’s how I see it. Of course, that is the last word that everyone will ever describe Pooh but I don’t think it that way. I mean, throughout the film, Pooh has taught us many things about life and friendship. Pooh may be a silly old bear but he is kind and has a very big heart. He is very thoughtful towards his friends. He has a tremendous heart that full of love, joy, curiosity, and compassion. That quality is enough for people around the world to love Pooh.

What I like about this film is the moral story that we can learn. The plot of the film is pretty much very simple. Some even said boring. However, I don’t find this film boring at all and it’s not only because I was having such a good time in seeing Winnie the Pooh. The story is simple. Really simple but very fun. I laugh and giggle a lot when I saw Pooh. But, aside from that, there are many things that I learn from the story. I don’t think this film is intended for children. Yes, children can watch it and enjoy Pooh and friends’ performances, but I think only adults can relate to the story. The moral story really relates to adults’ life in general. Still, children can enjoy the film and have fun.

Basically, Christopher Robin taught us, adults, to find more joy in life. So yeah, basically, even though this film seems like children film, it’s more like for adults. Growing up as an adult and being more mature, doesn’t mean you should forget your childhood. Things like imagination, friendship, courage, and the ability to play need to be remembered and practised even as an adult. No matter what age we are, don’t ever forget the joys of being a ten-year-old kid. Those aspects are still important even though we have grown up.

Speaking of important things, Christopher Robin also taught us what’s the most important thing in life. Work is work. It is important but there are other things that more important too. How often are we caught up in work that we forget to live our life? Like family, having fun, and doing the things that you actually love to do. Make more memories, not appointments. Take a break to connect, converse, and interact with friends and family. Know what’s more important to you.

In this film, Pooh said, “Doing nothing often leads to the very best kind of something.” And it seems like this phrase has become a motto in some ways. At first, I found this phrase to be ridiculous. It taught children to do nothing and to do nothing means you’ll become lazy. But, in a busy adult’s perspective, doing nothing can be a good thing. Sometimes, when I am in my free time and I am not being stressed about work or life in general, inspiration can get into my minds. Without even trying to find new ideas for my writings or other things as well, ideas came pouring in. So if we put it that way, I think doing nothing can be a good thing, especially when you are busy as hell.

If you cannot enjoy the story, at least you should enjoy the animation. I mean, the CGI effect is just very spot on. Yes, they used real stuff animals. There are real Pooh, Piglet, Eeyore, and Tigger on set to help the actors act. But of course, those dolls don’t really move, so the editors have to add some CGI effect that made those dolls move in the film. And I have to say, those dolls move smoothly. Like they were really alive, not some sort of cartoon or stiff dolls. Seriously, the animation is great and very believable. 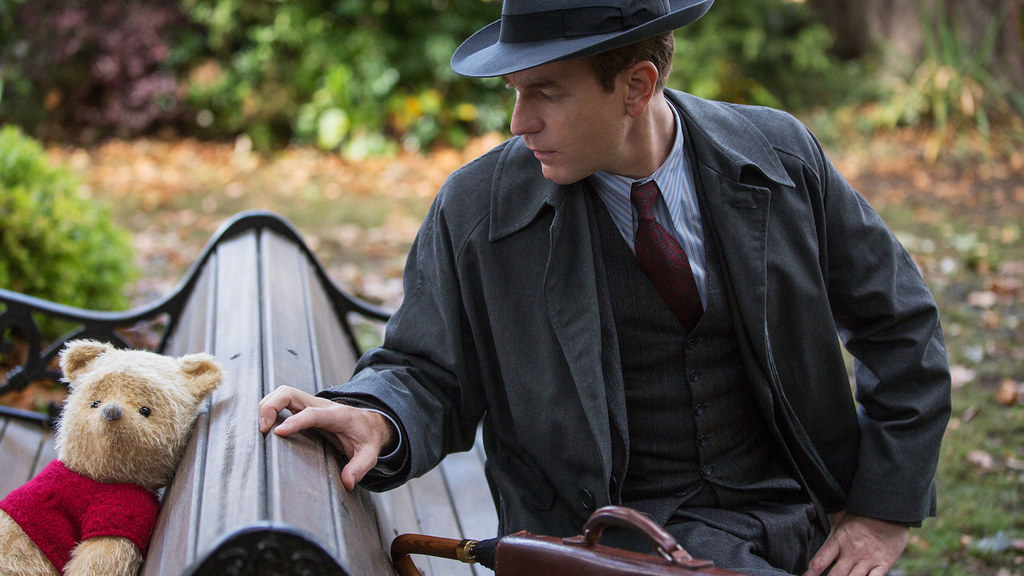 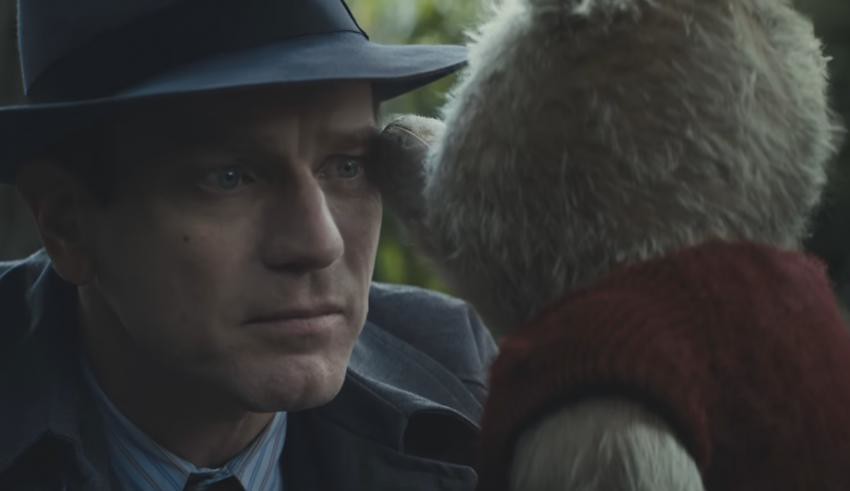 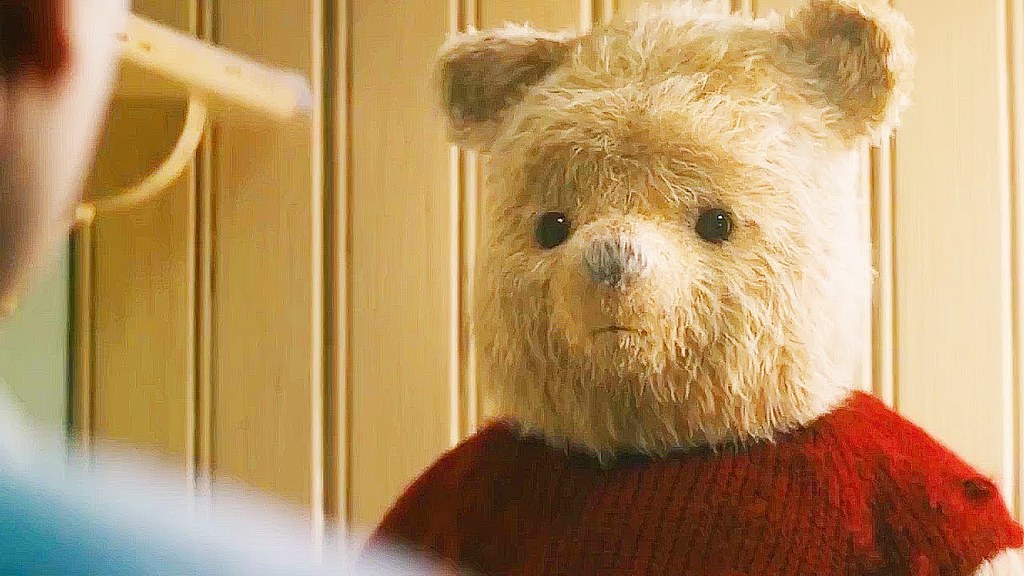 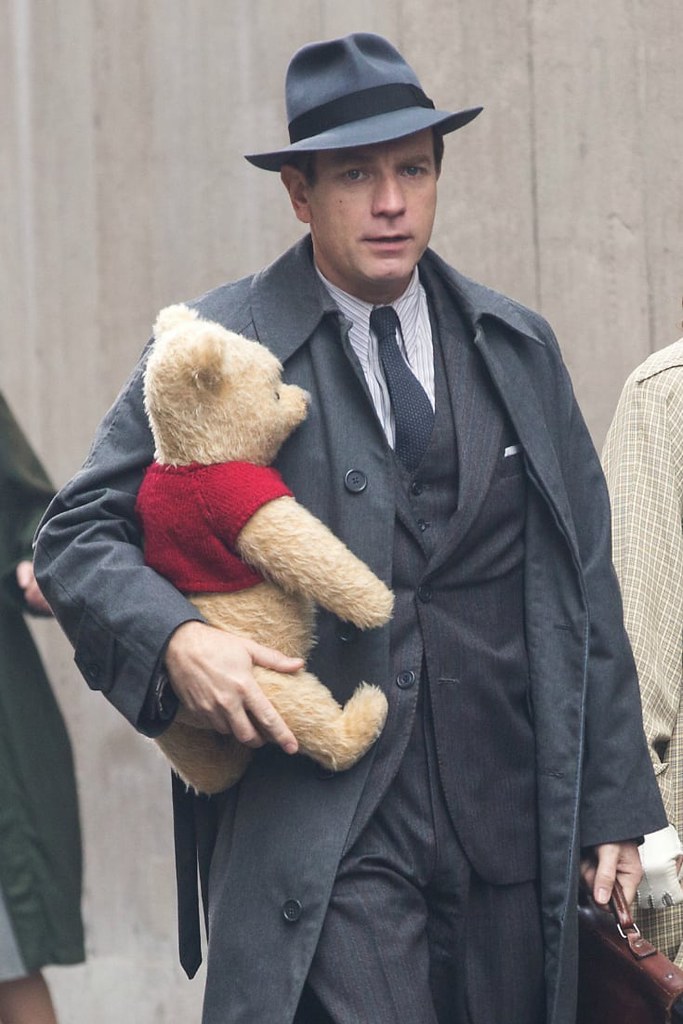 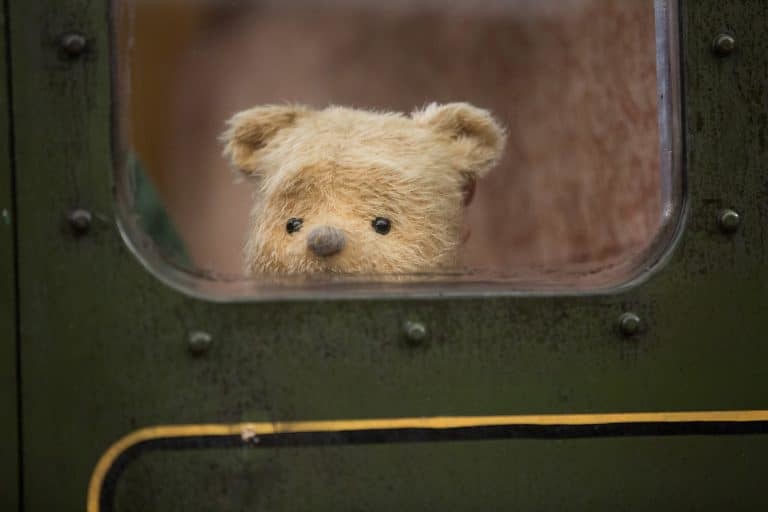 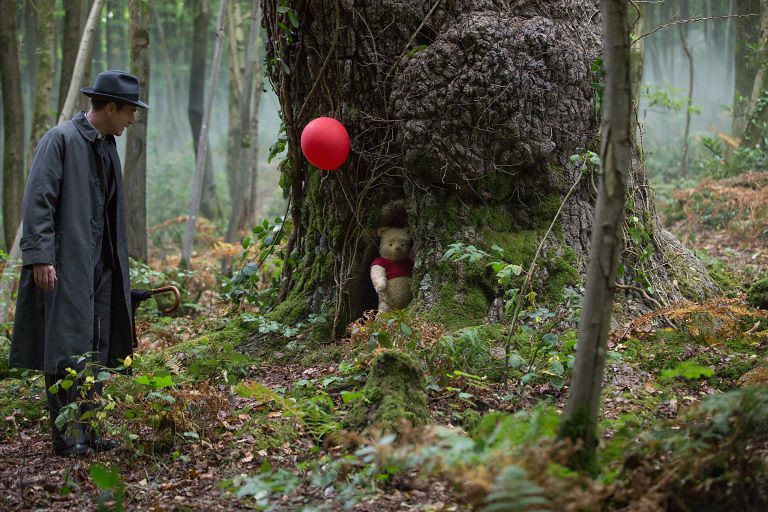 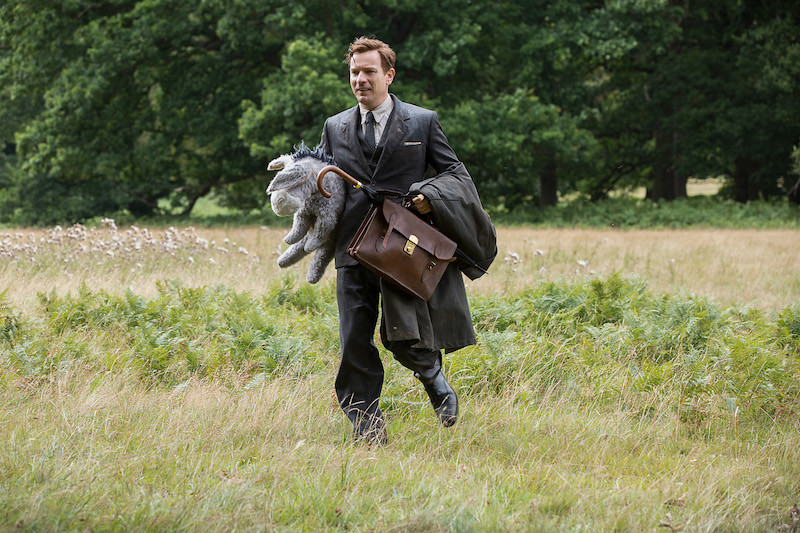 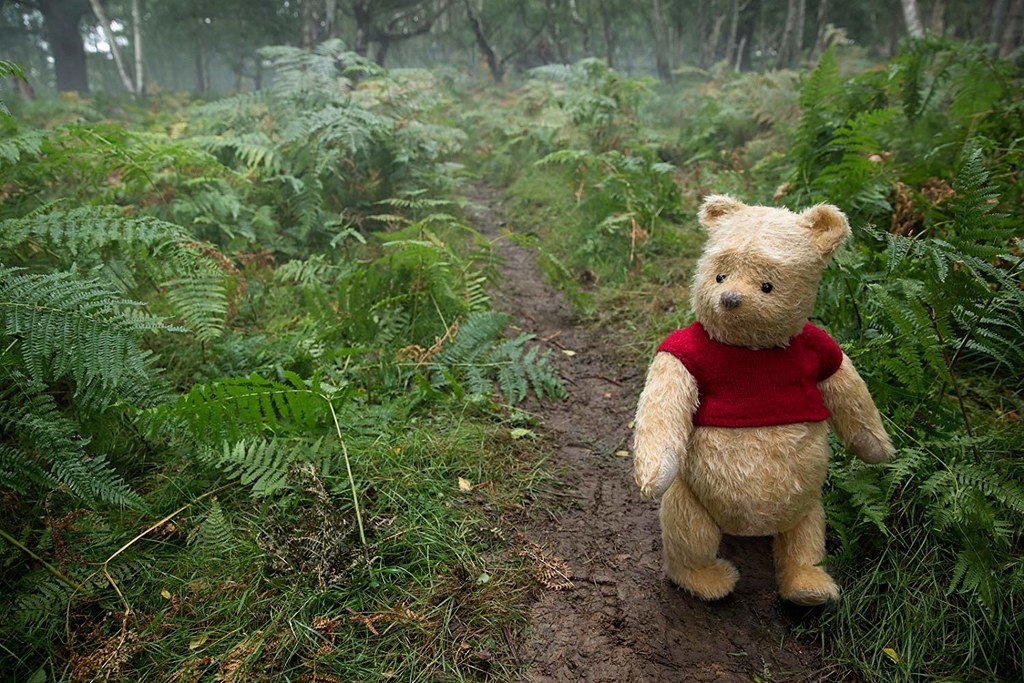 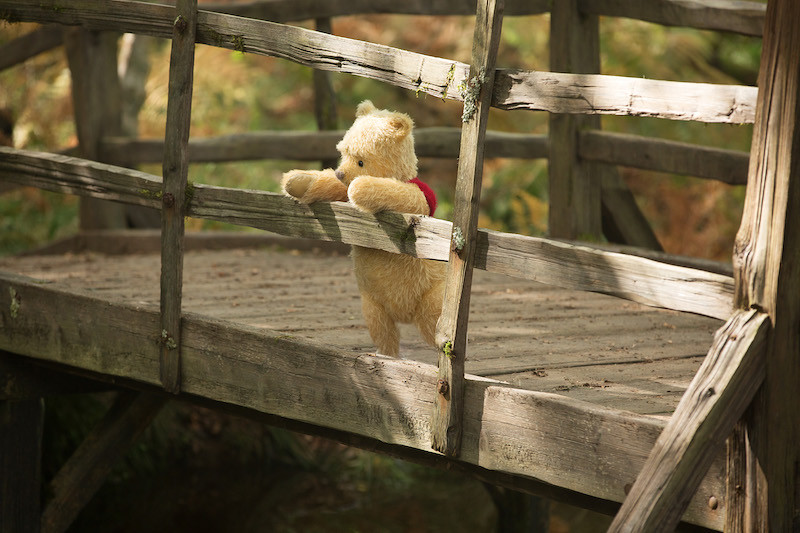 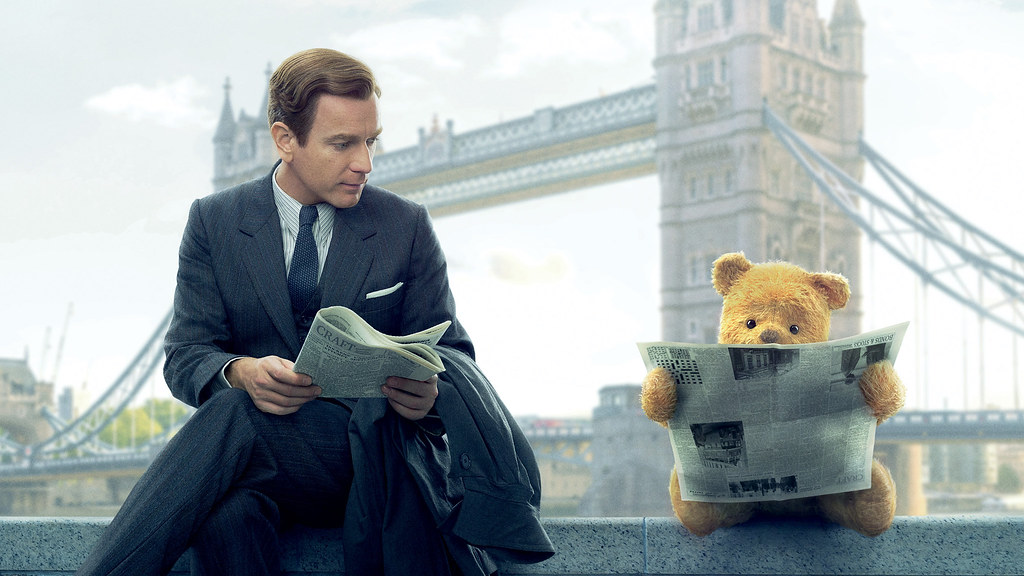 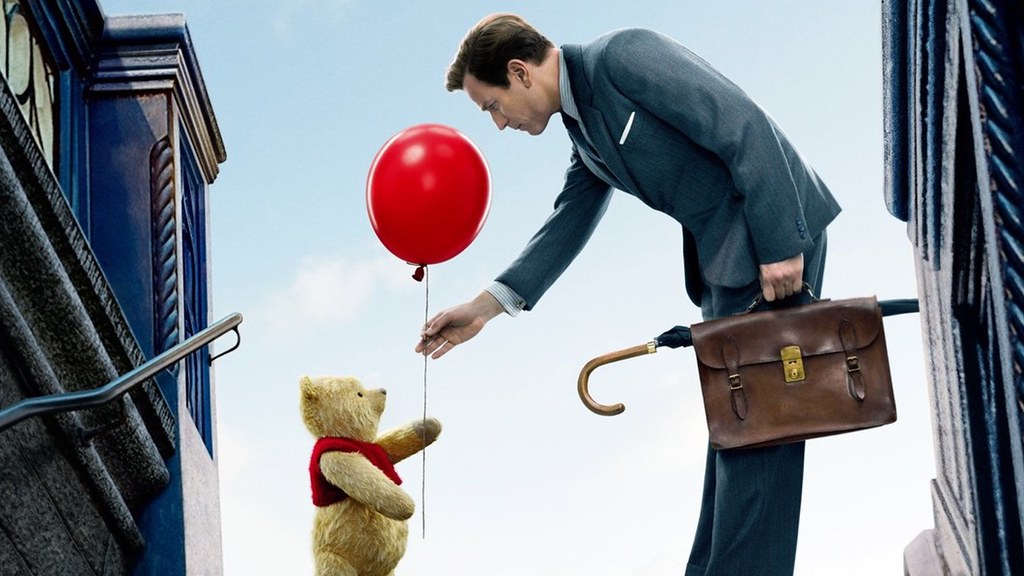 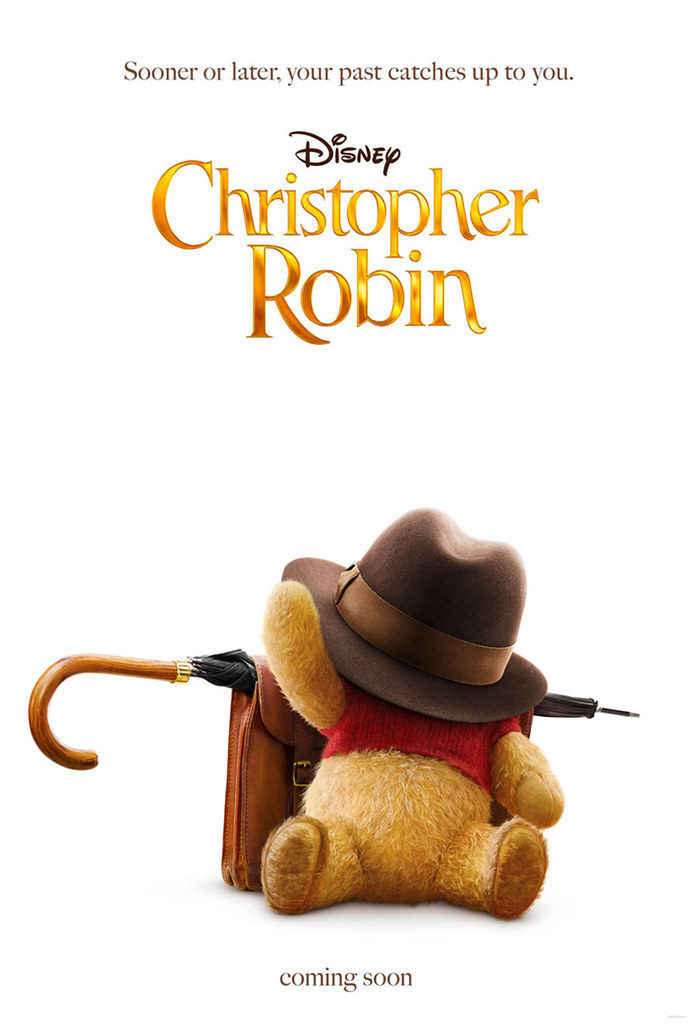 If you are a true Winnie-the-Pooh fan, you should watch Christopher Robin. You will absolutely love it. It really does feel nostalgic because you will see all the characters in Winnie-the-Pooh story in live action. Not to mention, each of the stuff animals is absolutely adorable, especially Pooh! The story is simple yet the moral story is great. The message given in the story is something worth to remember. All in all, this film is enjoyable and fun to watch. As Winnie-the-Pooh fan, I really love the film.

I give Christopher Robin 8 out of 10 stars.