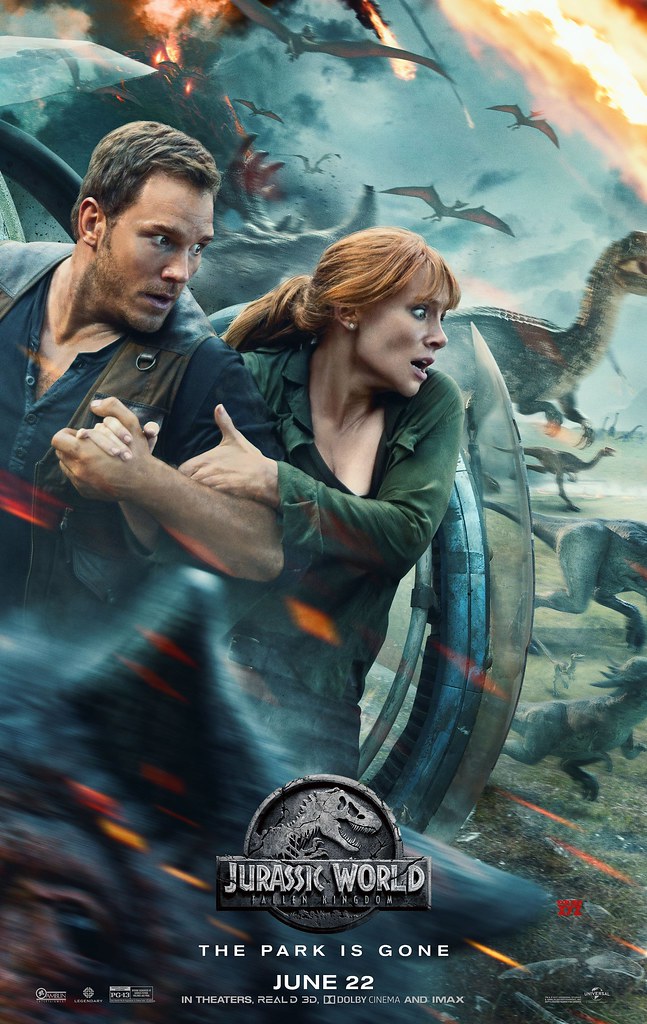 Three years after the destruction of the Jurassic World theme park, Owen Grady and Claire Dearing return to the island of Isla Nublar to save the remaining dinosaurs from a volcano that’s about to erupt. They soon encounter terrifying new breeds of gigantic dinosaurs, while uncovering a conspiracy that threatens the entire planet.

Jurassic World: Fallen Kingdom is one of the most anticipated films of this year. At least I am very excited about it. To be honest, I did not really like animal films—the one that makes the animal as the monsters, like sharks, crocodiles, or snakes. I did not watch Jurassic Park trilogy until a few months before Jurassic World (2015) was in theatres. I did watch the three films of Jurassic Park on television several times before, but not really watch it either. Do you know what I mean? That is why I don’t really have memories of the story. After I heard they were going to make Jurassic World, I decided to finally really watch Jurassic Park. To be honest, it wasn’t that bad. Of course, the CGI effect is still pretty much very obvious, but the story is interesting. Therefore, I decided that for dinosaurs film, I will make an exception to watch it.

And then came Jurassic World, in which I thought one of the best films that year. I watched it in theatres two times. One in regular theatres, the second one in IMAX 3D. Ever since then, I really am anticipating its sequel which finally comes out this year—this month to be exact. I don’t put so many high hopes because I have heard some of my friends said the film wasn’t as good as its prequel. Well, I don’t expect anything either since I have learnt my lessons. Giving too much hope will lead to disappointment. I have huge hope when I watched some films before and ended very disappointed because the films do not exceed my expectations and even worse its way too below expectations. I thought it was because I gave too much hope in the films. Yet for films that I don’t give too many expectations, I ended up feeling very satisfied. Like Kong: Skull Island (2017) for example. I really did not expect the film was that good. So, I learnt my lessons. I will not give so much hope for any film that I am going to watch. At least that will decrease my disappointment.

“I know why we’re here. A rescue op, save the dinosaurs from an island that’s about to explode. What could go wrong?” – Owen Grady

Chris Pratt as Owen Grady still has his charm. Pratt managed to get rid of his ridiculous self and played a more serious character. While Owen Grady is a serious character, he still has his own humour too. That’s why the audiences like him easily. Of course, the bond between Owen Grady and his velociraptors has been the highlight since the first film. I was so excited to see their bond again in Jurassic World: Fallen Kingdom. Velociraptors and the T-Rex used to be the enemy in Jurassic Park trilogy, but now they were kind of the friends. Well, friends is a strong word because the human and both dinosaurs weren’t exactly friends. Well, at least they are not enemies this time around. Blue, the velociraptor, even cares for Owen Grady. We could see Blue protected Owen Grady more than a couple of times. 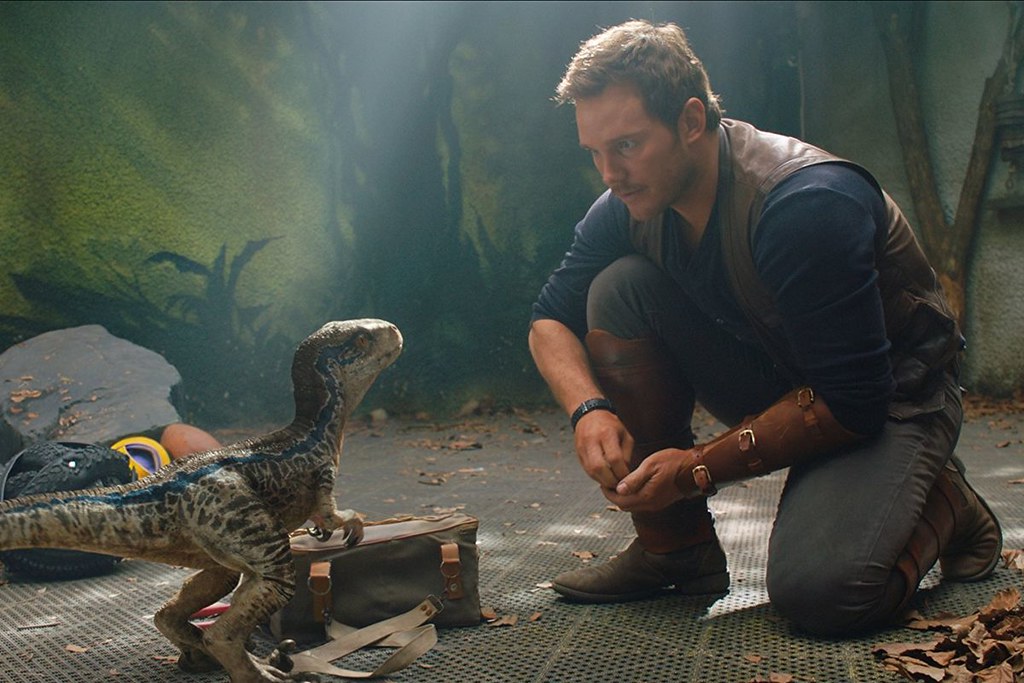 I miss the two young characters in the first film. Seeing that they were Claire Dearing’s nephew, I presumed we would see a glimpse of them. But unfortunately no. Instead, we were introduced to a new character, Maisie Lockwood played by Isabella Sermon. Although she is not as funny as Gray in the first film, her character added a new fresh. Not to mention she’s beautiful and her acting is good. She is also mysterious in some ways. I have never heard of Lockwood before. I don’t believe I have heard the character in Jurassic Park films, so when they introduced the Lockwood family as an old ally of John Hammond, I was pretty confused.

It’s pretty absurd that a theme park was built on an island that has a volcano. I may not be an expert, but I believe, building a theme park on an island with a volcano on it, is not a choice. Even though the volcano is inactive, we could never know when the volcano will be active again. I think from this point of view, the story was too forced. I did not say that I have a better idea on what story should they write, but seriously, volcano? I am not complaining because the volcano scene is pretty tensed and somehow touchy as well. But in the logical perspective, it’s not logical at all. At any rate, sometimes films and stories were not meant to be logical. It meant to be imaginations and fantasy. So, I can let that slight.

After the island and the volcano scenes, the film became a bit dull. It wasn’t about the dinosaurs anymore but about the human. Human greed, to be exact, which I have seen a lot in a film like this. It’s not something new and therefore, not exciting. But then when they introduced to a new dinosaur, it became a bit thrilling. Surely, Jurassic World was now about introducing new species dinosaurs. I won’t be surprised if they introduce another species of dinosaur in the third film. A new species that would turn up into a monster. It’s pretty classic seeing that it already happened twice. Still, the Indoraptor introduced in Jurassic World: Fallen Kingdom is somewhat a nightmare. It is even more frightening than Indominus rex, I give them that. The chasing scenes between the Indoraptor and Owen Grady, Claire Dearing, and Maisie Lockwood is more frightening. I don’t know if it’s more exciting, but the scenes were definitely thrilling.

All in all, Jurassic World: Fallen Kingdom is a good film to enjoy. Not as good as its prequel but still enjoyable at some points. Of course, many critics give the film bad reviews, and I get it. I really do. The first film was great, so sometimes the filmmakers have to work extra hard to make the second film better than the succession of the first film. It often turns out to be a failure and we have seen such cases not just once or twice but several times in film franchises. At any rate, I still enjoy watching Jurassic World: Fallen Kingdom, though not as much as the first film of Jurassic World, I still think that this second film is worth to watch at least once.

I give Jurassic World: Fallen Kingdom 8 out of 10 stars.