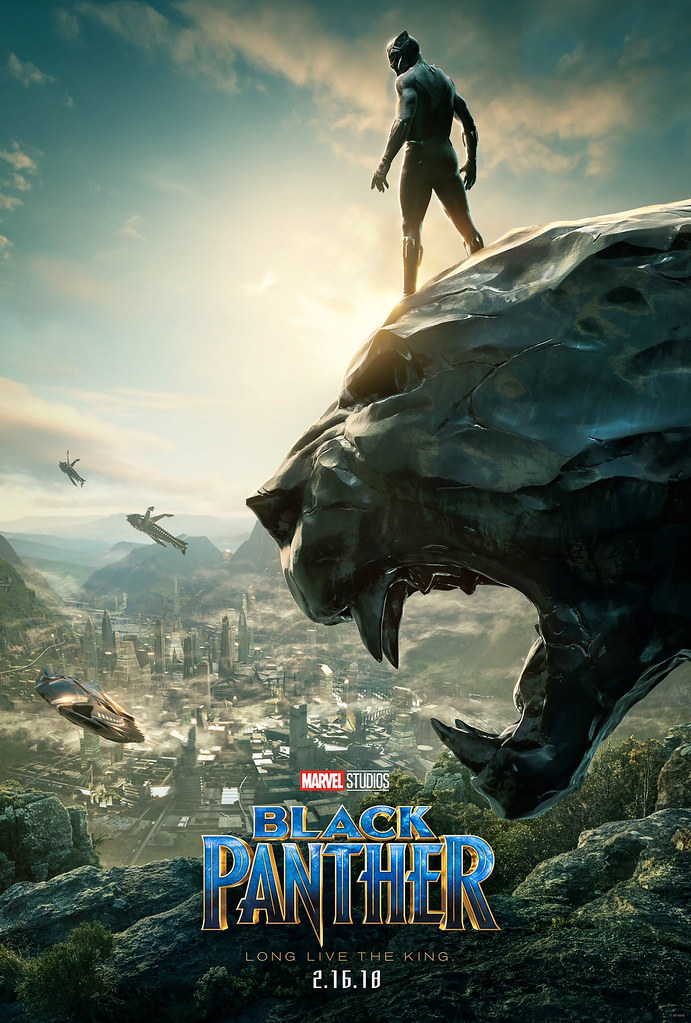 After the death of his father, T’Challa returns home to the African nation of Wakanda to take his rightful place as king. When a powerful enemy suddenly reappears, T’Challa’s mettle as King—and as Black Panther—gets tested when he’s drawn into a conflict that puts the fate of Wakanda and the entire world at risk. Faced with treachery and danger, the young king must rally his allies and release the full power of Black Panther to defeat his foes and secure the safety of his people.

Black Panther is one of the most anticipated films from Marvel. It got a mixed review when the film first came out in Indonesia. Some said the film was so good, some said it wasn’t. Therefore, I didn’t expect anything when I watched the film or rather my expectation is quite low, though not as low as Kong: Skull Island (2017)—which turned out to be so great. Turns out, Black Panther wasn’t that bad either. In fact, it was rather good. I kind of confused with the people who said that the film was bad because, in my personal opinion, Black Panther is rather good. It doesn’t feel like the usual Marvel but I love the idea of the mixed culture. Black Panther has created its own fever with its unique concept. I watched Black Panther weeks ago but since my schedule is so full, I only got time to write its review now.

In terms of story, like I have said before, Black Panther wasn’t too Marvel. At least not the kind of Marvel I used to see because Black Panther used many different cultures and traditions. Marvel has used myth stories like Thor, Odin, and Loki. This time Marvel has decided to pick real cultures and traditions and adapted them into their films. Not to mention most of the cast are actors and actresses with colour, something we haven’t seen before. I think Black Panther is the first superhero film where the heroes are black people and so does most of the cast. With so many negative issues happening in Hollywood, Black Panther did bring some positivity to show business.

“I have seen gods fly. I have seen men build weapons that I couldn’t even imagine. I have seen aliens drop from the sky. But I have never seen anything like this. How much more are you hiding?” – Everett K. Ross

The action sequences were good and quite intense, especially in some certain scenes. I like the fact that they also based the martial arts from African martial arts as well. It suited the theme of the film and allowed the audience to know more about African traditions as well. Even all the tribes in Wakanda picked some few things from real tribes in Africa. I guess that’s why people really praise Black Panther. Not only they made a superhero film with major of the cast black actors, but the filmmakers were able to combine superhero story with cultural matters.

Like any other superhero films, at certain points, I can predict what would happen. It’s normal and cliché but people still love the way the story went. Perhaps the only thing that bothered me was the technology. It’s too advanced, even more advanced than the technology Tony Stark has been developing—and he’s supposed to be the most high-tech person of all. There’s nothing wrong with the advanced technology in Wakanda. After all, Black Panther is another superhero films and all superhero films are fiction. However, seeing how the people in Wakanda embrace the traditionality and culture, it’s a bit unusual that they have developed advanced technologies as well. Nonetheless, I can still enjoy the overall story and the action sequences.

Now, let’s talk about the cast. I think they should and must be proud of Black Panther. It’s not every day that you can see a superhero film with major of the cast are black people. This is a rare moment and they must be very proud and excited. More than that, the film has also been praised by so many people, not only because of the choice of the cast but also because of the story and the culture. To be honest, I haven’t seen any Chadwick Boseman before, except when he showed up in Captain America: Civil War (2016) which happened to be as T’Challa a.k.a. Black Panther as well. I think Chadwick Boseman really suited the role of T’Challa/Black Panther. He got the charisma and the attitude. I should say the same with Michael B. Jordan who played the antagonist, Erik Killmonger. I am not saying he’s good at playing a villain, it’s just he did great in portraying his character. Not to mention his accent is perfect. Well, all of the other cast did the accent perfectly.

As an Oscar-winning actress, it’s no doubt that Lupita Nyong’o’s acting skill is excellent. In Black Panther, she proved to us that not only she can act, but she can also fight. I am sure she went through training as hard as all other actors. I could say the same with Danai Gurira who portrayed the role of Okoye. Both actresses proved us that women can also be a badass. Even Letitia Wright, who was one of the youngest actresses in the film, portrayed the character of Shuri really well. Shuri’s character proved that you can be a geek, a badass, and a girl at the same time.

Martin Freeman is one of the fewest white actors on set and he did his part really well. His character, Everett K. Ross, often be the icebreaker. He’s not trying to be funny but his expressions managed to lighten the mood—at least the mood of the audiences. I don’t watch many of Martin Freeman’s films but whenever I did watch his film, I always like his performance. He’s a good actor who knew how to do his job well. Although Martin Freeman’s part in Black Panther wasn’t as big as Lupita Nyong’o’s or Danai Gurira’s, whenever his character showed up.

When we are talking about superhero films, the CGI effect will always come into the topic as well. Aside from the story and the cast, the CGI effect was as important as well. You can’t pull off any superhero films without a good CGI effect. The film editors have to make sure every effect looks flawless and real.With Wakanda is so advanced in technology, the film editors also have to work extra hard so that all those technologies looked real. I think the CGI effect in Black Panther is greatly done. Some minor issues were there but I can overlook them and enjoy the film as a whole.

All in all, I really think Black Panther is a very good film. Is it the best Marvel film thus far? I don’t think so. But it certainly made a major impact in film industries, especially for superhero films. The story is good and so do the action sequences. Black Panther is truly entertaining and enjoyable and somehow memorable with its iconic regards. Don’t leave your seat too fast because as usual, Marvel films always have mid-credit and post-credit scene. And Black Panther is no exception as well. Great job to all the cast and all the filmmakers of Black Panther. This film is truly amazing in so many aspects. Wakanda Forever!