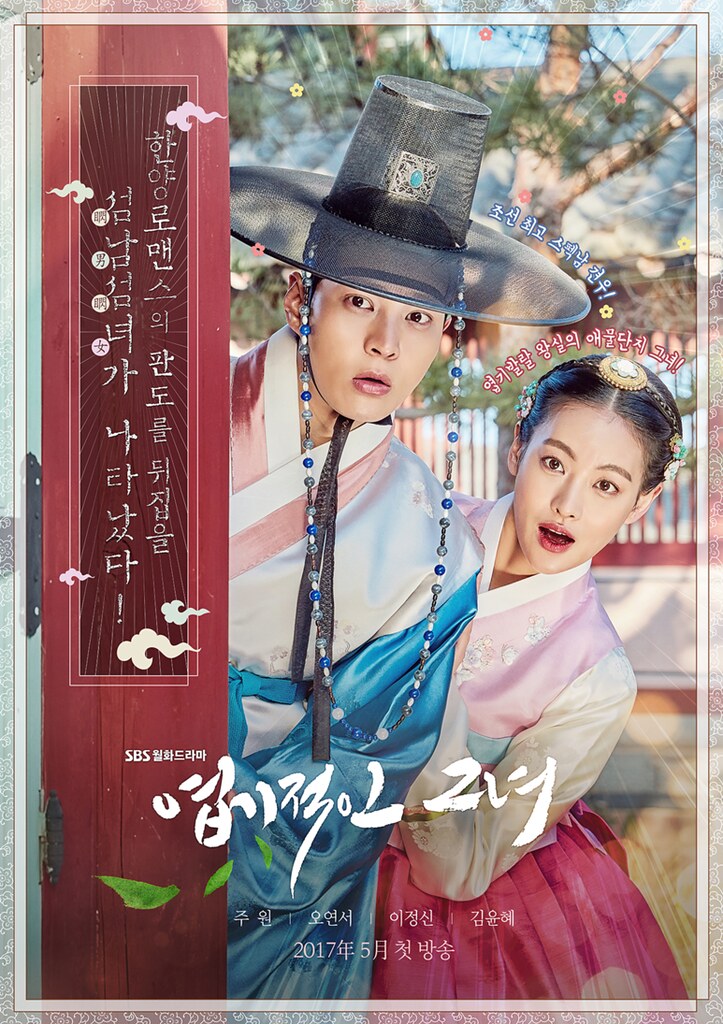 I know, this is the third time in a row I watched Korean historical drama. It’s a coincidence really. I have been postponing to watch My Sassy Girl. After watching two historical drama in advance, I think it doesn’t hurt to watch another one. Of course, after Ruler: Master of the Mask (2017) and Moonlight Drawn by Clouds (2016), my expectations for this drama is a bit high. However, I did remember at one point that this drama is not that great but I kind of forget until I watch a couple episodes. So, without for ado, let’s talk about My Sassy Girl.

This is the third time I watched Joo Won’s drama. Before My Sassy Girl, I’ve seen him in Yong Pal (2015) and Good Doctor (2013). In both dramas, he played the character of a doctor, that’s why it’s kind of new to me to see him as a scholar in Joseon Dynasty. Joo Won was good in playing the character of Gyeon Woo. He can look smart, cool, and even ridiculous. However, in terms of ridiculous, I don’t think no one can beat Oh Yeon-Seon in this drama. She played the character of Princess Hye-Myung and the one they called ‘sassy’ because she is indeed a sassy princess. Oh Yeon-Seon was really good in portraying her role. She managed to shift her expressions in an instance. I have never seen her dramas before so I don’t know what to expect. However, seeing her performance in My Sassy Girl, I dare say that she did her job really well. Joo Won and Oh Yeon-Seon have succeeded in making the audiences love their characters right away.

Speaking of making their characters loveable, Kim Yoon-Hye did the reverse. She managed to make the audiences hate her character or at least me, in particular. I guess that’s when an actor or actress can make their antagonist character become very hateful, that means they nailed their characters. This time, Kim Yoon-Hye really nailed portraying the character of Jung Da-Yeon. She got the arrogance and also the spoiled attitude really well. Of course, I don’t need to say about the other cast because they also have done a great job in supporting the overall story. 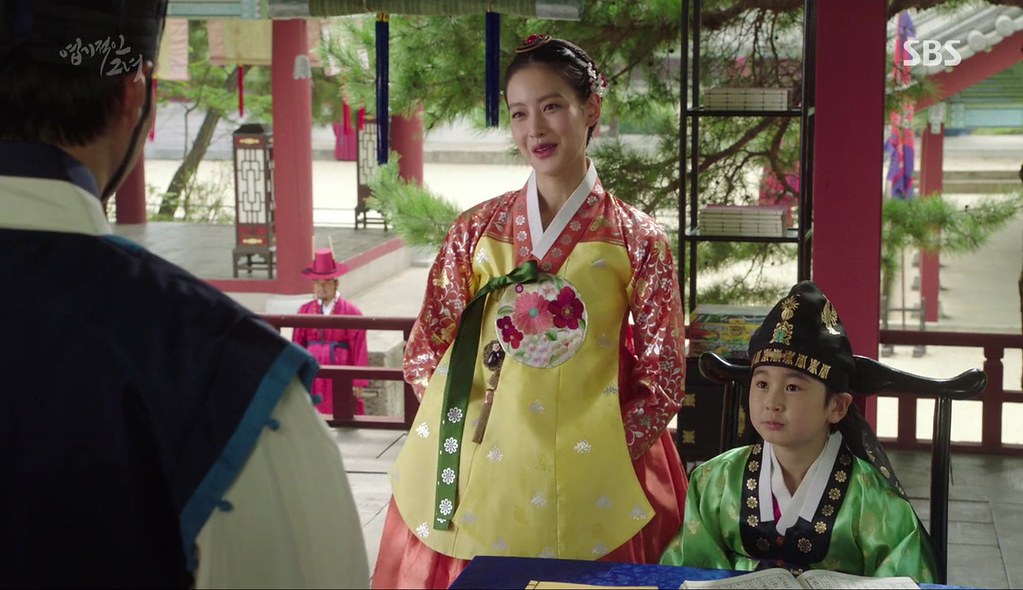 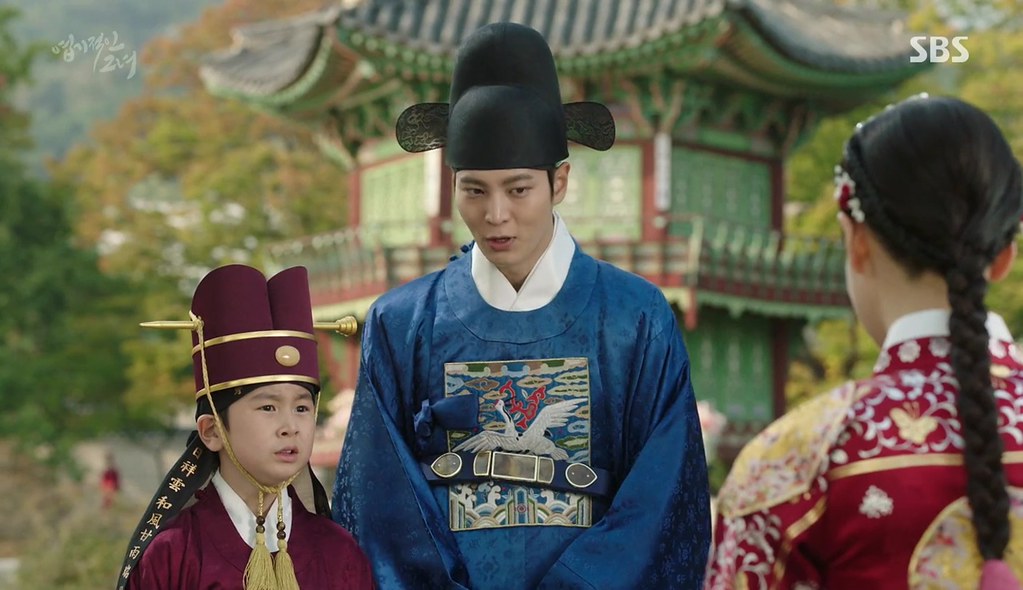 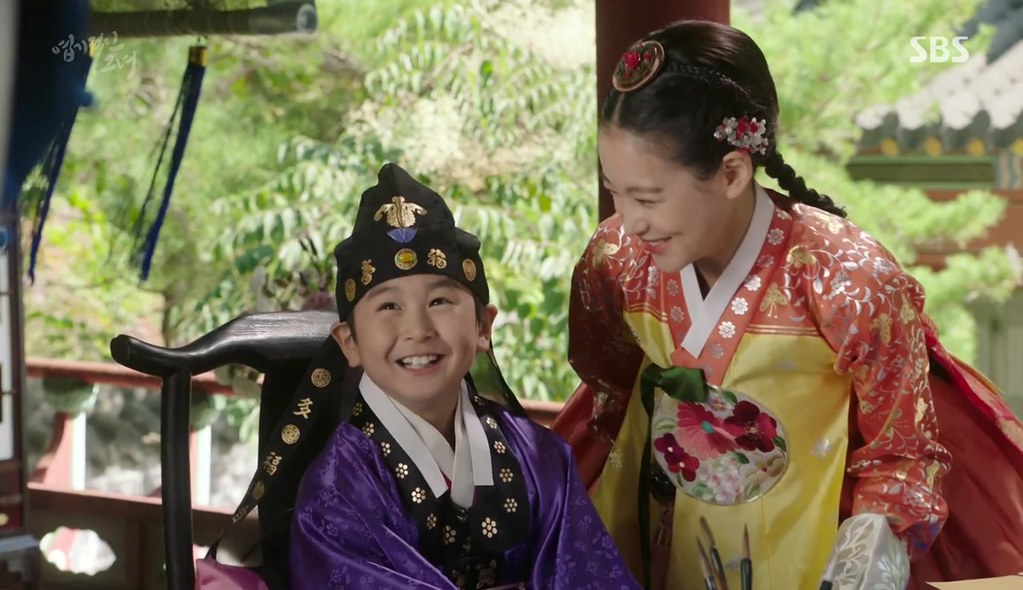 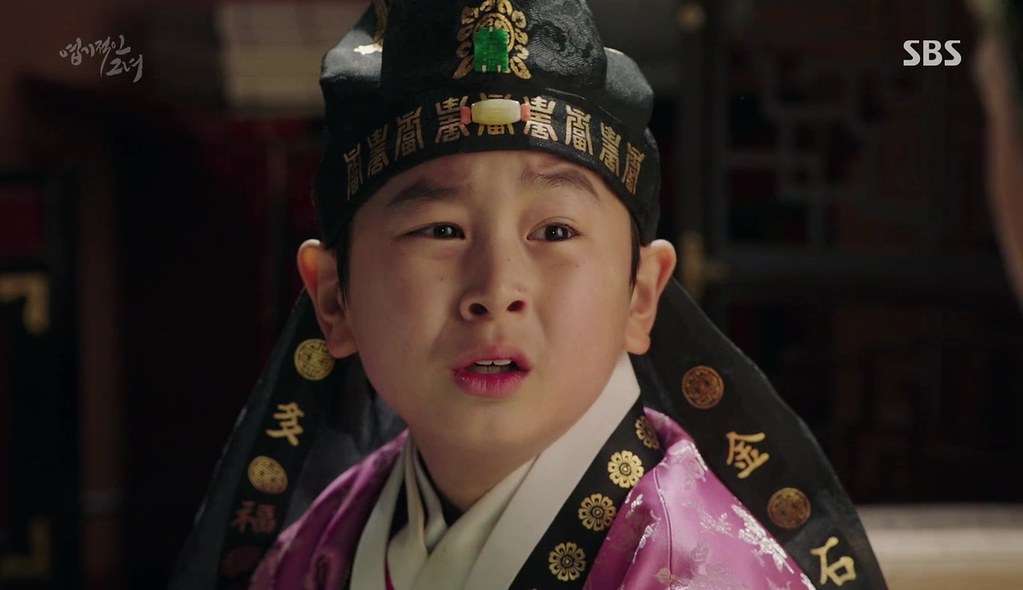 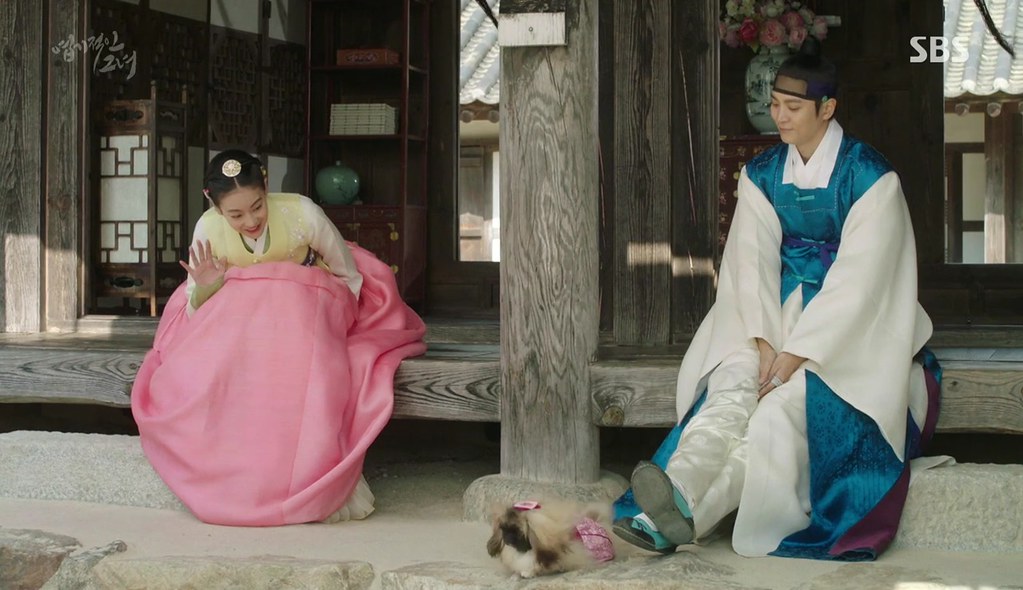 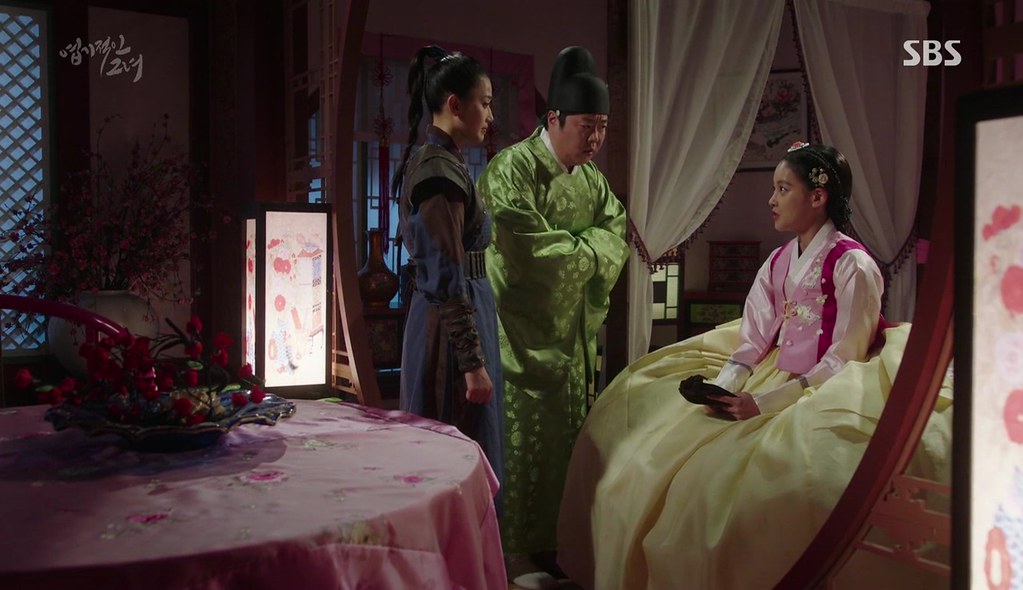 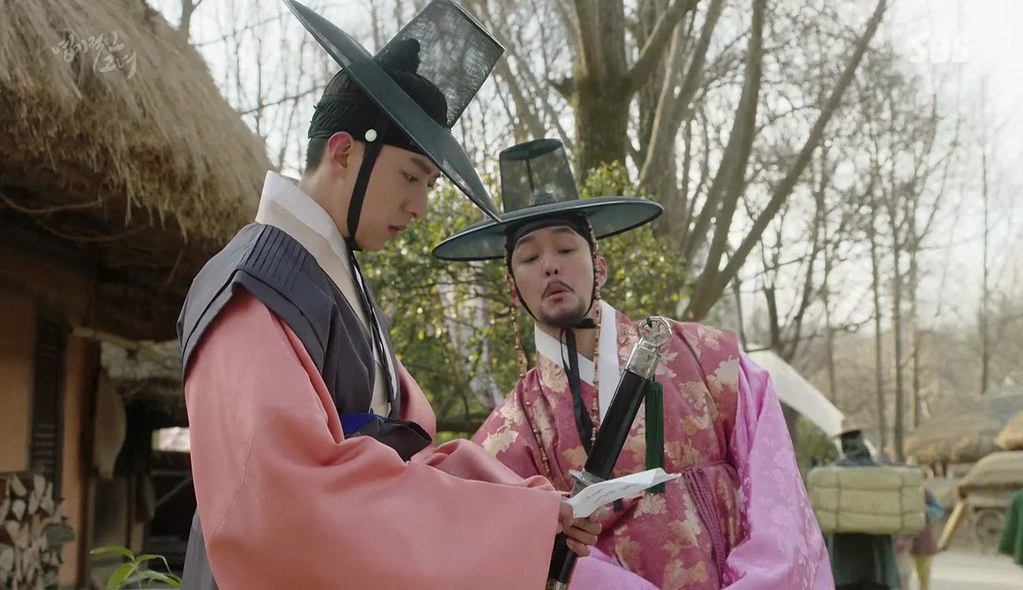 I think the cutest character is Prince Wonja, played by Choi Ro-Woon. I don’t whether his name is Wonja or it’s actually wangja, the Korean for prince. I don’t speak Korean, let alone formal Korean or traditional Korean, so I don’t understand. Let’s just say Prince Wonja for now. Despite his young age, Choi Ro-Woon managed to play his character really well. Although his screen time is not as much as Joo Won or Oh Yeon-Seon, his character was able to be a scene-stealer because he is so adorable!

I was expecting Tae Mi since I’ve seen her in Healer (2014-2015) before. She was doing a great job back then, even though she didn’t show up much. This time, she did show up more since she is Princess Hye-Mung’s own personal bodyguard. I expect a lot of action scenes from her but kind of disappointed when they didn’t make her do many actions. Somehow, I also felt that her acting is a bit stiff. Sometimes it’s good but other times, I felt she could do better to make it more supple. Eunuch Young-Shin caught more attention because he is funny and unlike other eunuchs that I’ve seen so far. I mean, a eunuch can be funny like in Moonlight Drawn by Clouds or The Moon that Embraces the Sun (2012), but Eunuch Young-Shin has a different kind of funny. For a eunuch, he is bolder in expressing his opinions. Perhaps because My Sassy Girl is unlike other Korean historical drama in terms of the royal family. As for the actors and actresses, they also have done a great job in portraying their characters.

I did expect much from My Sassy Girl since I thought this would be the Joseon era version of Sassy Girl Chun-Hyang (2005). I really like that Korean drama because it is so funny and the story is really good too. I even love Han Chae-Young because of that drama. That’s why I was expecting that My Sassy Girl would at least have the same kind of story but the difference would be the time setting. However, I was wrong. My Sassy Girl is nothing like Sassy Girl Chun-Hyang. The story is really different but the main female character is still sassy. If I have to choose, I would still choose Sassy Girl Chun-Hyang. Don’t get me wrong. My Sassy Girl is not that bad but of the overall series, half of it felt so boring that I have to restrain myself not to fast forward the drama because a couple of times I kind of closed my eyes for a few seconds. However, not the entire story is boring because, after half of the series, the tension of the story is increasing. Still, I expect much from this drama.

The chemistry between Jo Woon and Oh Yeon-Seon is what made me keep on watching My Sassy Girl. Gyeon Woo and Princess Hye-Mung have a very good chemistry, either being funny or ridiculous. However, in romance department, they should work it out better. Not that their acting is bad, it’s just the story didn’t really make them a very strong couple, at least in my opinion. However, Gyeon Woo’s and Princess Hye-Mung’s story got more exciting as the story goes by. The story of My Sassy Girl also invited more curiosity towards half of the series. You got more curious on what happened in the past. Little by little, they revealed the history of Gyeon Woo and Princess Hye-Mung. That’s why in the end, this Korean drama is not as boring as how it begins. I think, in the beginning, they began with a really slow pace. That’s why it kind of boring to begin with. However, they paid it with more curiosity for the rest of the series, so that’s why I am not saying My Sassy Girl is a really bad Korean historical drama. It’s good but unfortunately, the start is not really strong enough. For a comedy drama, My Sassy Girl doesn’t really make me laugh out loud or laugh until my stomach hurt. I did hope it would come that way but it didn’t. Unlike Sassy Girl Chun Hyang that can make me laugh out loud when I first saw it, My Sassy Girl didn’t really make me laugh. Smile, of course. But not laugh out loud. 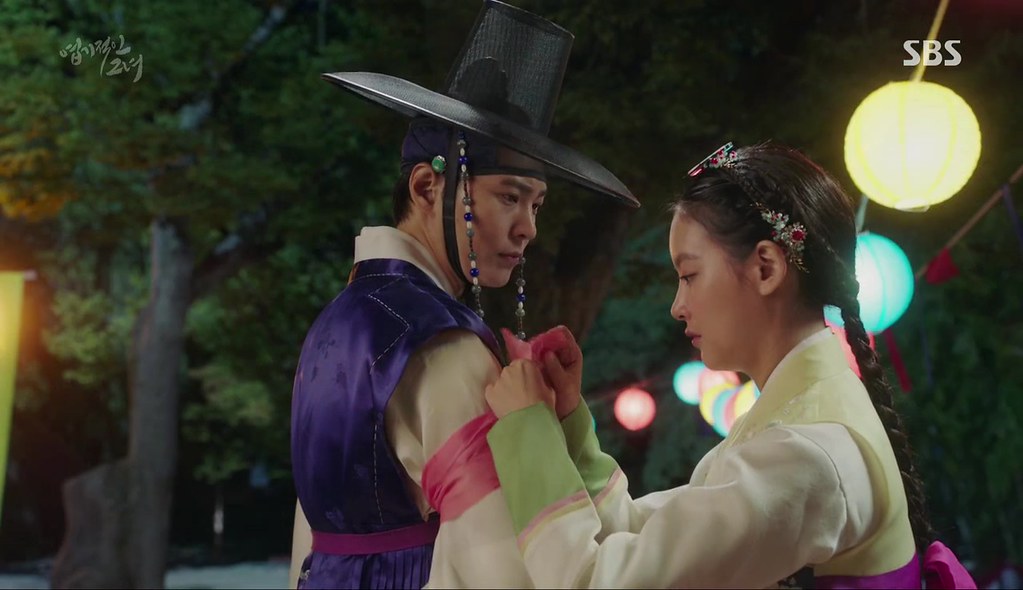 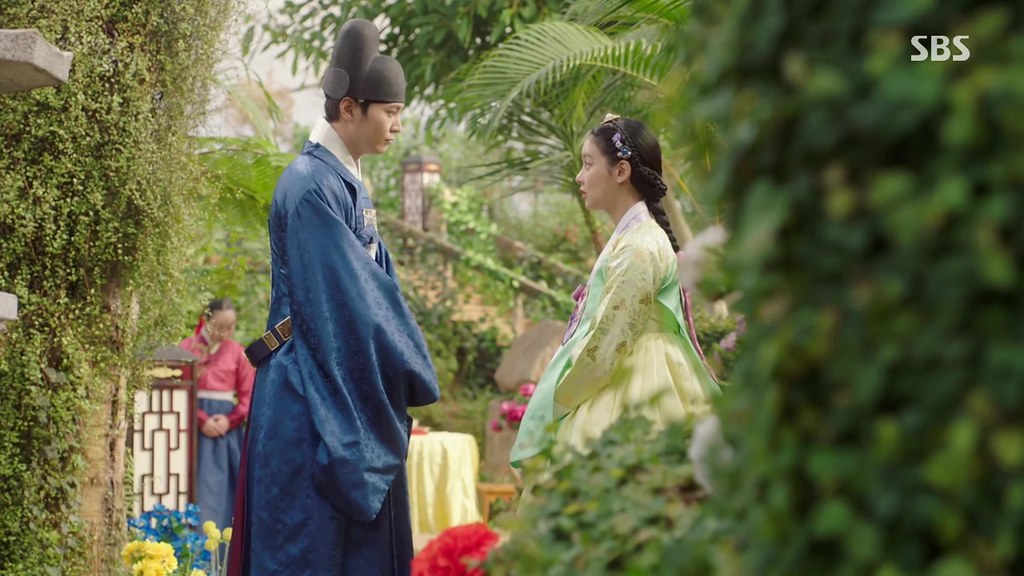 All in all, I think My Sassy Girl is a good drama. Not great, of course. But it does have an interesting storyline though the start is a bit weak. Whether I would rewatch this drama, again and again, is still debatable. Unlike Moonlight Drawn by Clouds which I’m willing to watch it over and over again, My Sassy Girl hasn’t really made me want to do it. Of course, the actors and actresses also contribute the fact that whether I would the series again or not. If Park Bo-Gum did play this drama, perhaps I would watch it again and again. I know, I’m a bit bias here when it comes to my favourite actors. Then again, My Sassy Girl is not that bad. The beginning is weak but as the story goes by, the story became stronger. I did enjoy this drama at some point—if not many—points. My Sassy Girl is still a Korean historical drama that you would enjoy for refreshing.