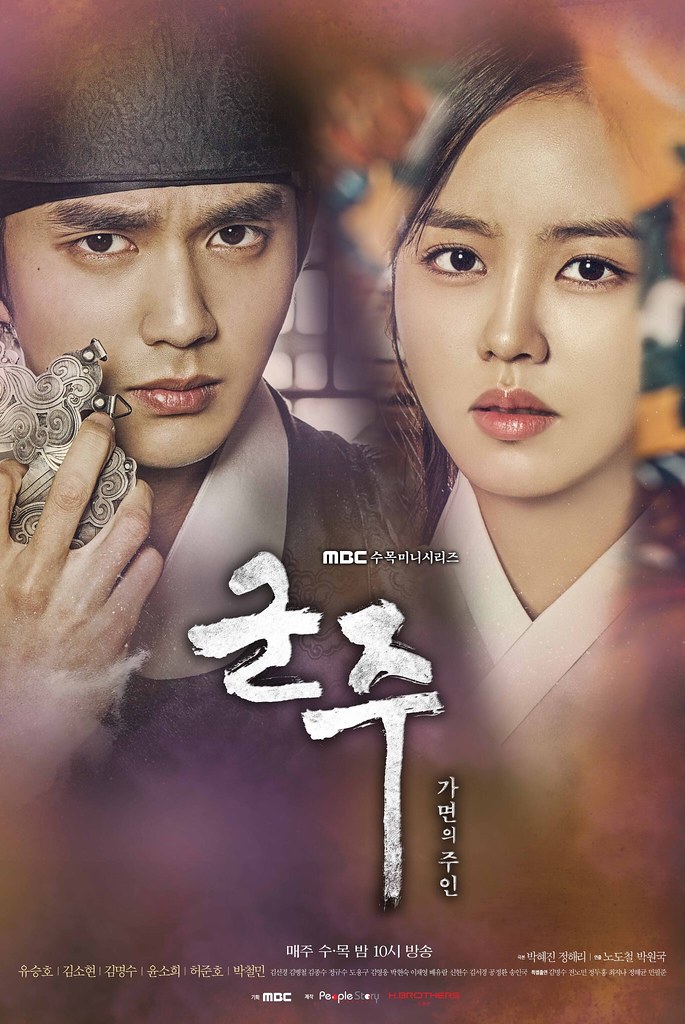 Set in 18th-century Joseon, it tells the fictional story of Crown Prince Lee Sun (Yoo Seung-Ho) and his fight against the powerful and wealthy organization, Pyunsoo-hwe that controls the country behind the scenes due to its monopoly of the nation’s water supply. With the help of the woman he loves named Han Ga-Eun (Kim So-Hyun), Lee Sun overcomes adversity and grow as a just ruler.

It’s been awhile since I last watched Korean drama, last time being Sweet Stranger and Me (2015). My sister has been telling me to watch Ruler: Master of the Mask because she said this drama is very very good. I like Korean historical drama. Not always, but sometimes I do. The last Korean historical drama that I watched is The Moon that Embraces the Sun (2012) and that film is really really good. No wonder the drama reached high ratings and became the most popular drama that year. Anyway, let’s talk about The Moon that Embraces the Sun next time. Now, let’s focused on Ruler: Master of the Mask. I really agree with my sister. This Korean drama is very good. Very great, indeed.

“When the real Crown Prince is poisoned, the character Sun appears in red on his left shoulder.” – Queen

I’ve seen Yoo Seung-Ho before in Remember: War of the Son (2015-2016) and he was doing great there. Now he’s back again in a historical drama and he has done a great job once more. I heard from my sister that he used to play the young version of a character, so he’s not new to the acting world. His role in Ruler: Master of the Mask has proven to us that he is an actor to be reckoned with. He played the role of Lee Sun, the Crown Prince of Joseon. The character grew from a naive Crown Prince to a mature one that worth to be the next King. Yoo Seung-Ho was really good in making the character looked grown up through the series. Surely we can see the difference of Lee Sun from the episode until the last episode. Yoo Seung-Ho managed to do many facial expressions perfectly. You can surely see and feel whenever he was sad or hurt or happy or even in love. You can see in his eyes, really. Not to mention he did a lot of fighting scenes throughout the series, making his characters looks even cooler. I think Yoo Seung-Ho really suited the role and he has definitely done a very great job indeed.

The fighting scenes that he did were good. He has shown some growth throughout the series. From a naive Crown Prince who couldn’t really wield a sword to a leader who can fight and defeat bad guys. There’s one scene that I really like when Yoo Seung-Ho as Crown Prince Lee Sun practised swordcraft with Lee Chung-Woon, the prince’s bodyguard. Yoo Seung-Ho showed us a very good sword skills. 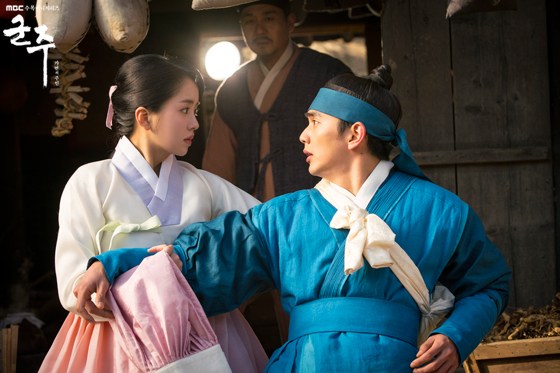 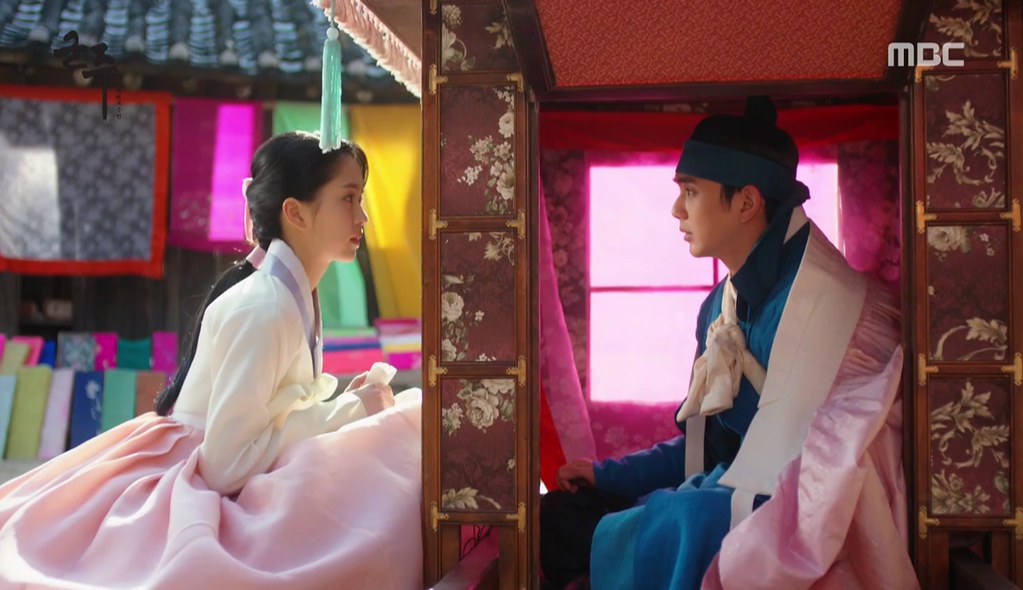 From what I’ve read, not many people like the character of Han Ga-Eun. They thought the character is a bit weak and only adds more trouble to the Crown Prince. I have to disagree, really. Yes, she’s not as strong as the other female character, but it’s not because she’s incapable. It’s more like she didn’t have enough power to fight. However, it’s not like she only sat around waiting to be rescued because she actually tried to do things to fight and help the Crown Prince as well. Despite her character, I really think Kim So-Hyun’s acting skill is really good. She’s acted since she’s still young, therefore it’s no doubt that her acting skill has developed and turned out to be great. Her facial expression is good, either when she’s happy, sad, mad, or even in love, Kim So-Hyun nailed it all. 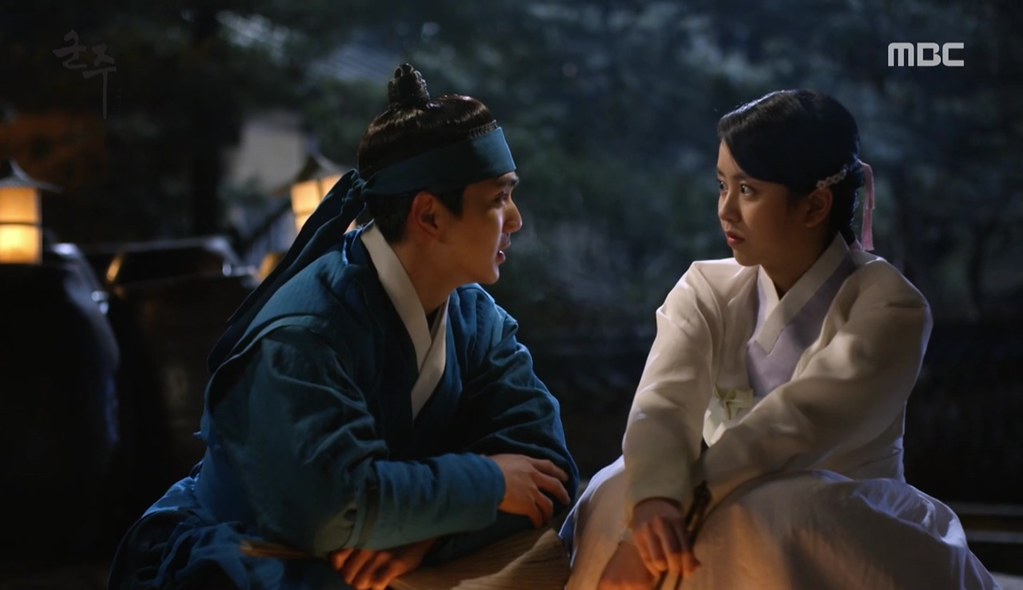 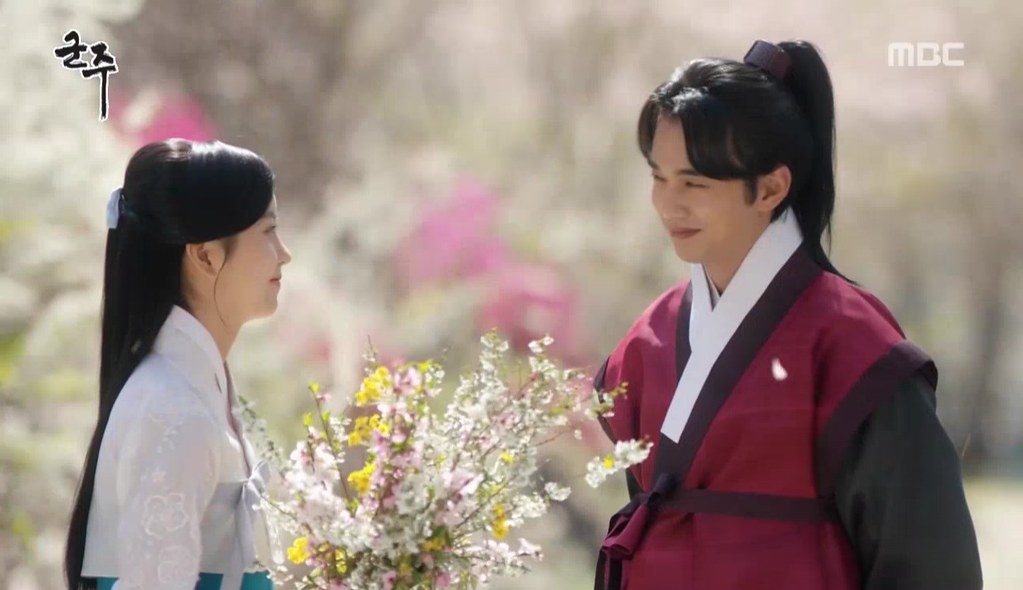 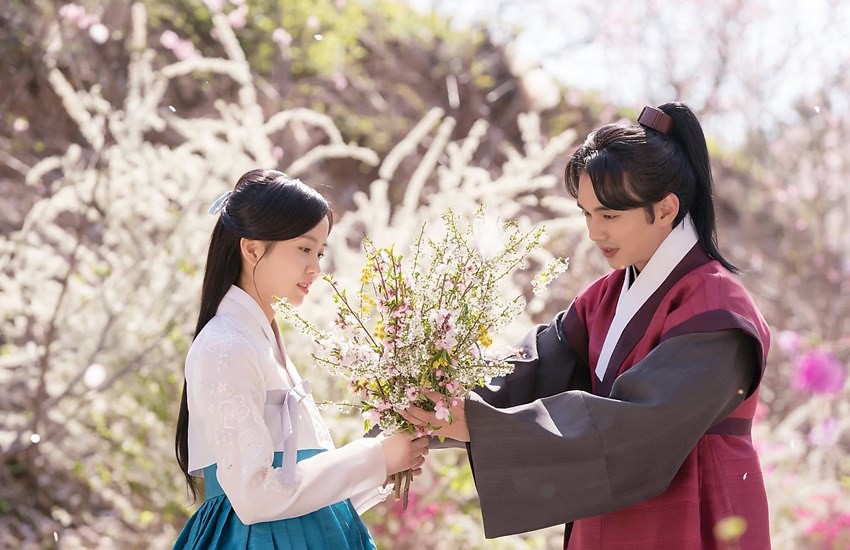 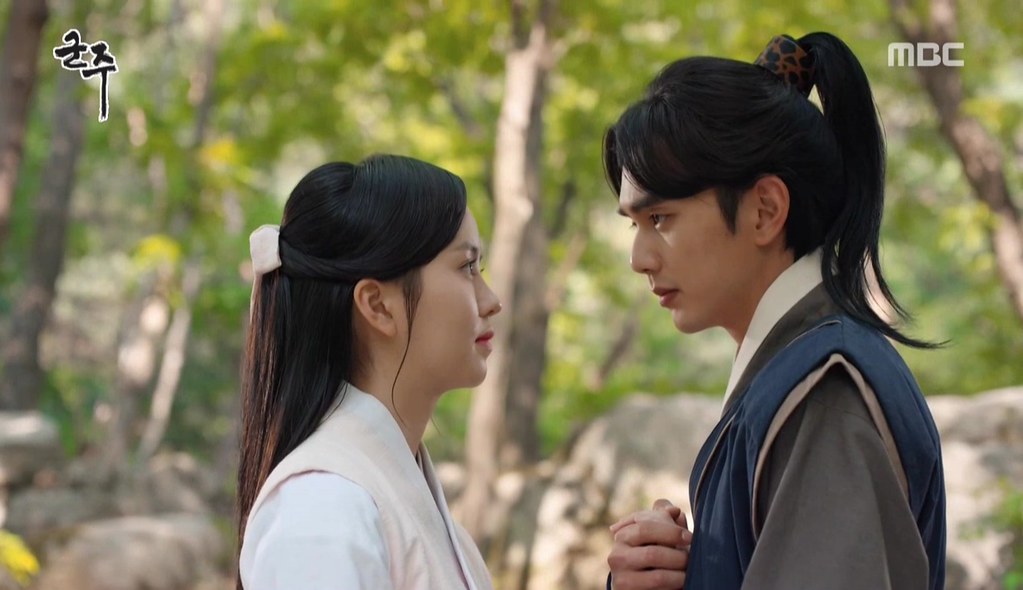 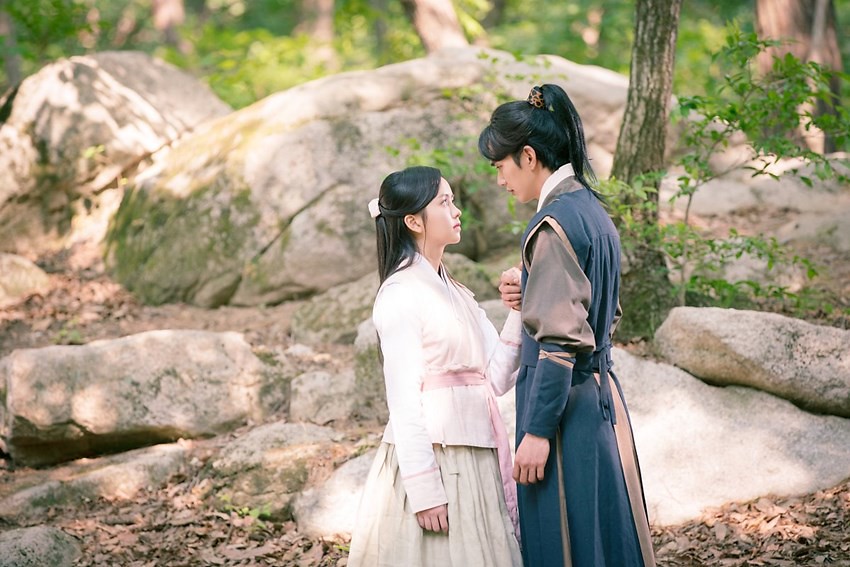 The chemistry between the Crown Prince and Han Ga-Eun is so sweet and so good. Although, I have to admit that the love story is not as much as a love story would have. However, I am already satisfied enough to see the interaction between Crown Prince Lee Sun and Han Ga-Eun. Whenever they were together, it was always fun to watch. Not only you could see their love, but also feel it. I just can’t hide my smile whenever they were together. I wish I can see more of them together but since the main story is about the royal family and about the throne, a love story is just an addition. But if you’re asking if the love story is very minimum, I won’t say that because it’s definitely more than when I watched Remember: War of the Son or Defendant (2017) or even Whisper (2017). Both Crown Prince Lee Sun and Han Ga-Eun certainly have their moments. Yoo Seung-Ho and Kim So-Hyun certainly have shown us a very good chemistry. You can really see it in their eyes whenever they saw each other. They have made the love story between the Crown Prince Lee Sun and Han Ga-Eun as real as it can be.

“Well, I can hold hands with you in front of her. By the way, you are not jealous, are you?” – Crown Prince Lee Sun

Yoon So-Hee played the role of the second female lead named Kim Hwa-Gun. The character is a bit unpredictable because you didn’t know what would she do. Either good or bad, you wouldn’t know until at the very end. Perhaps the character of Kim Hwa-Gun attracted more attention than Han Ga-Eun because she is quite bold. Well, coming from a strong background family, it’s not really surprising. Unlike Han Ga-Eun, Kim Hwa-Gun’s family held more a big influence, making her easier to do the things she wanted. I do like the character of Kim Hwa-Gun in the end. Nevertheless, if I have to choose all over again, I will always choose Han Ga-Eun with the Crown Prince.

Unlike Yoo Seung-Ho and Kim So-Hyun, Yoon So-Hee is rather new in acting world but she’s already passed with flying colours. In Ruler: Master of the Mask, Yoon So-Hee has proven to us that she could keep up with her cast mates. She even played some sword fighting scenes as well. I also kind of like the chemistry between Kim Hwa-Gun and the Crown Prince. You can clearly see that she’s totally in love with him through her eyes and smiles. I think Yoon So-Hee has portrayed her character really well. It would be interesting to see Kim Hwa-Gun’s relationship with her bodyguard, Gon. Not only Gon is a very skilled swordsman, but he seemed very faithful. Well, of course, a bodyguard has to be faithful but there’s something about Gon and Kim Hwa-Gun. Gon who was played by Kim Seo-Kyung is surely an interesting character. He didn’t talk much but his fighting skill in the drama is already so great. 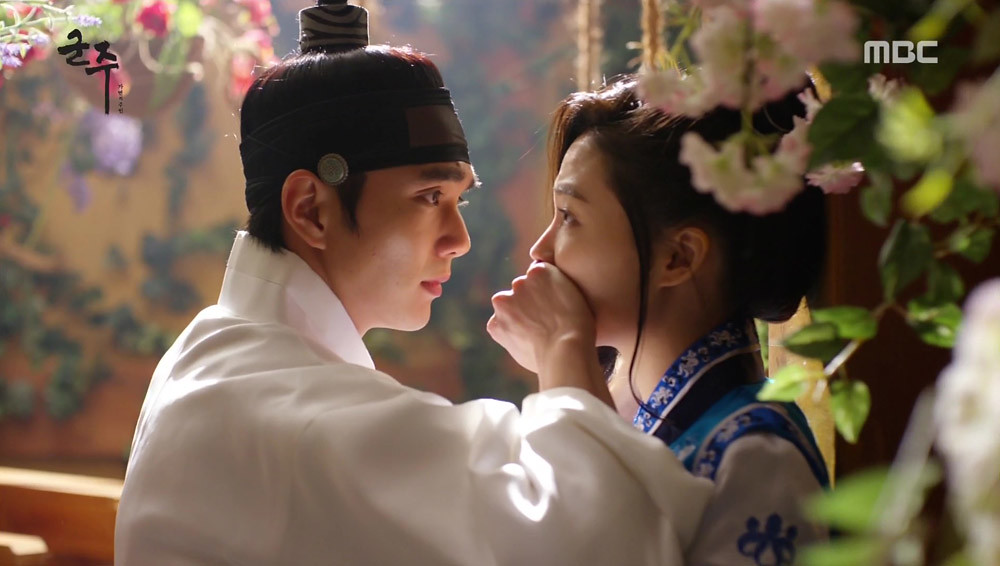 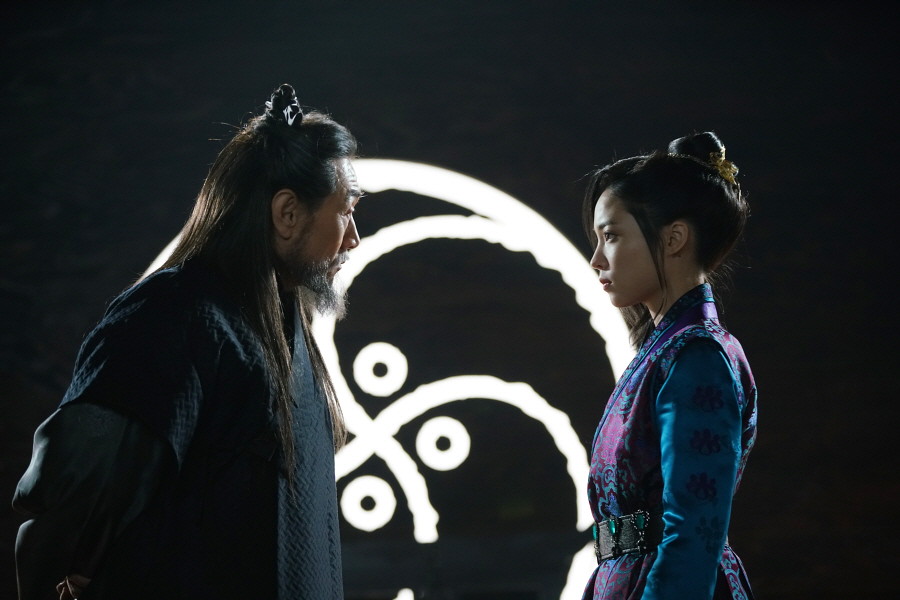 The main antagonist in Ruler: Master of the Mask is Kim Dae-Mok, played Heo Joon-Ho. The last time I saw him was in Hotelier (2001). He also played a kind of antagonist there. Why kind of? Because there’s another character who played the main antagonist there. In this drama, Heo Joon-Ho really did play the main antagonist. An antagonist which I thought impossible to exist. I mean, he has such a big influence and people seemed to be afraid of him. It’s kind of absurd, really. The reason why he hated the royal family wasn’t really told clearly. I was hoping to see more to understand why he’s such an evil man, but kind of disappointed when they didn’t tell us much. Despite that, I really think Heo Joon-Ho is good in being the bad guy here. He’s got the look and he looked so different than the last time I saw him. Perhaps it’s because of the makeup and the hair and such that makes him different yet you can still recognize it’s him.

Kim Myung-Soo who played the commoner Lee Sun also has played his role really well. His facial expressions are enough to make us pity his character or like him or even hate him. As for the actors and actresses, let’s just say they played their parts really well, making this historical drama greater as a whole package. Each cast has supported the story really well, that as an audience, I can really enjoy it. 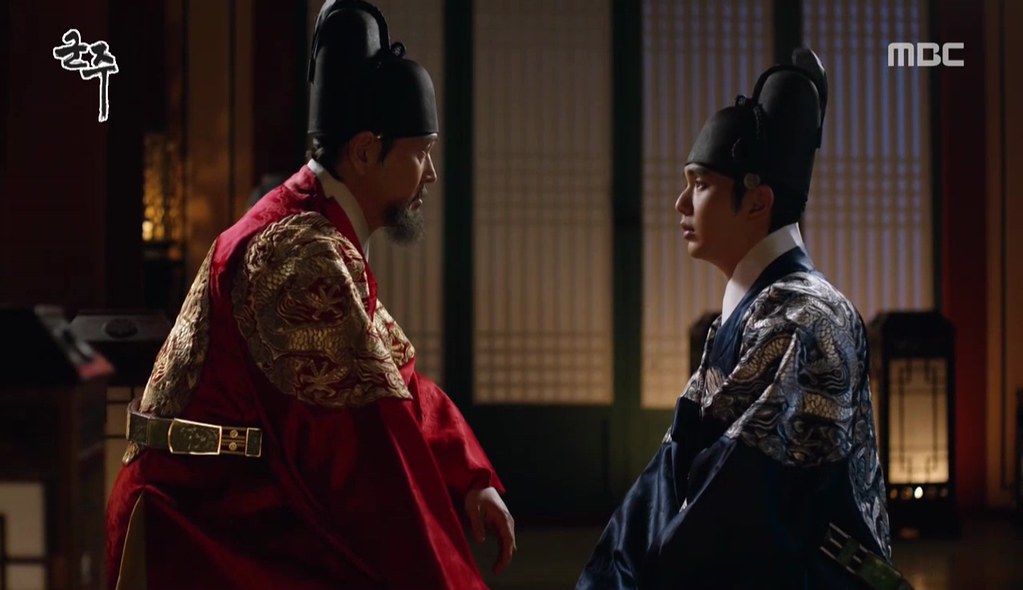 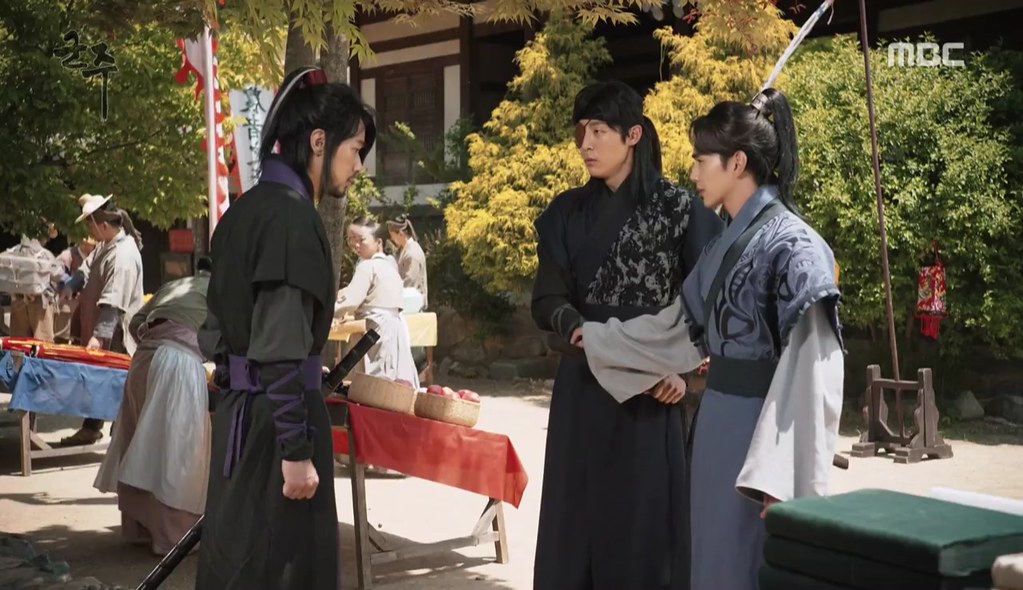 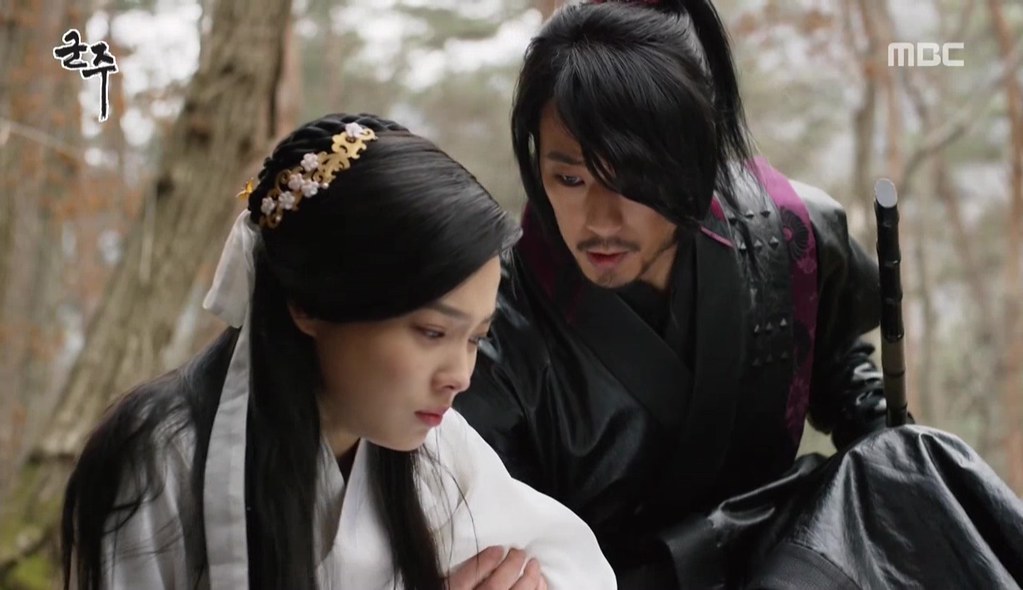 As always, despite how good the actors and the actresses were, the story is always the main headline, unless you only watched the drama because of the actors or the actresses. I think Ruler: Master of the Mask is one of those dramas that you won’t be able to stop to watch because you kind of curious with the next episode. You are curious about what happened next, that’s why you can’t seem to stop. I myself finish this drama in two days. Quite the usual record but still, I am intrigued with the story. I don’t mind the romance story is not much, at least it’s still much more than other Korean dramas that I have watched anyway. Plus, Yoo Seung-Ho and Kim So-Hyun have shown us great chemistry.

The production team also has done a great job in realising the story. The setting place, the costume, the makeup, everything was thought perfectly. Even the smallest details matter. It’s been awhile since I watched Korean historical drama, so I was excited to see their traditional clothes or as they called it Hanbok. Every clothes look amazing. Even though I’ve seen the King’s and the Crown Prince’s clothes many times before, I still think they look amazing. So does the queen’s clothes or Han Ga-Eun’s clothes. I also always like how Korean drama never exaggerated the makeup. Not only it makes things real, it also enhances the beauty of the actresses even more. I like how they built the houses and even the palace. Everything looks magnificent and beautiful. 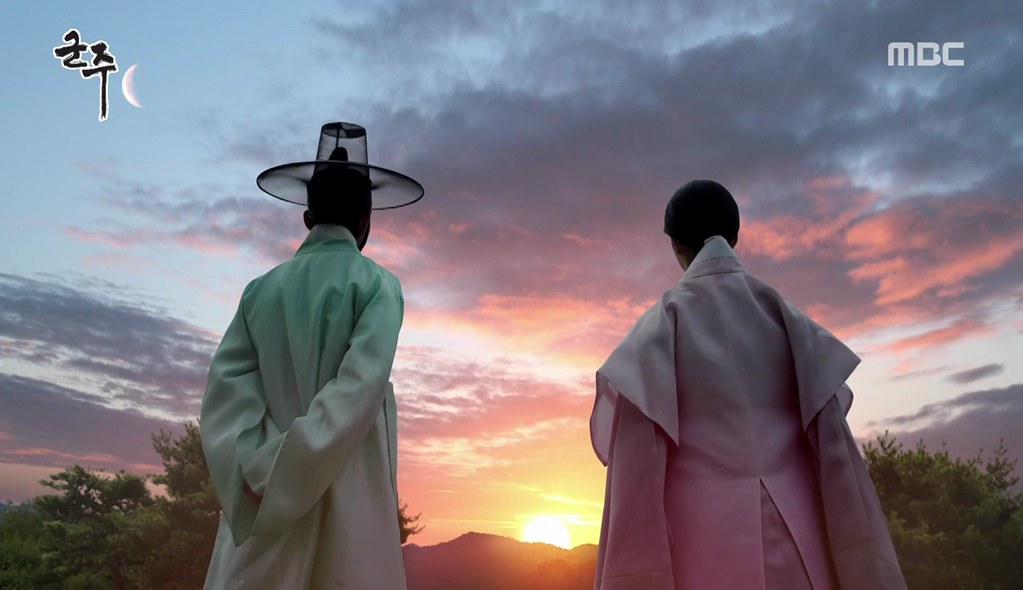 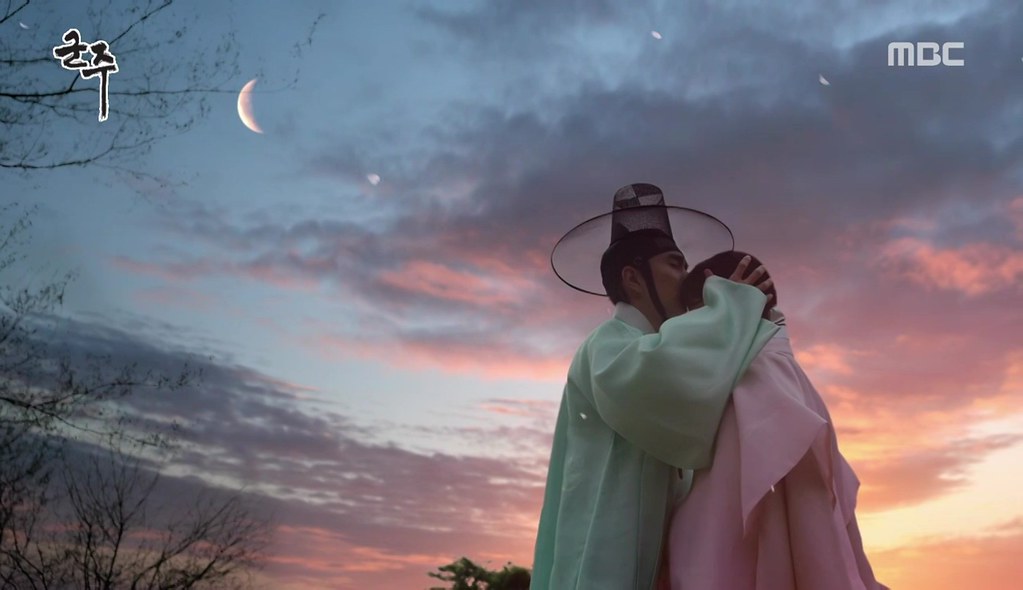