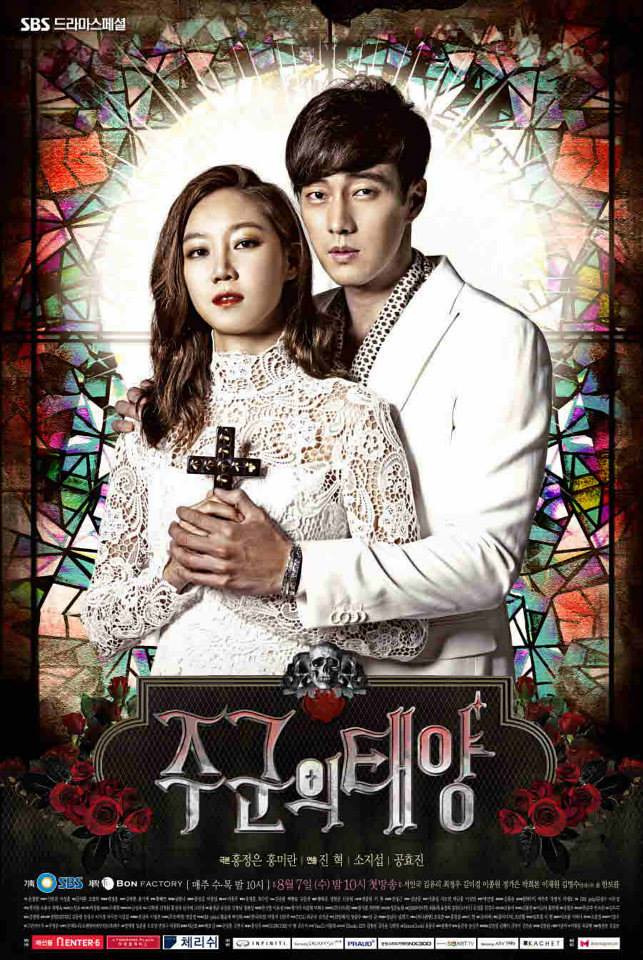 Joo Joong-Won (So Ji-Sub) is the stingy and greedy CEO of Kingdom, a conglomerate that includes a major department store and hotel. He meets the gloomy Tae Gong-Shil (Gong Hyo-Jin), who started seeing ghosts after an accident. Their lives take a new turn as they work together to deal with the terror and sadness brought about by the spirits while delving into a kidnapping incident in Joong-Won’s past.

I first watched Master’s Sun back in 2015, I think. Or perhaps last year. I don’t really remember. Ever since then, Master’s Sun has become one of my favourite Korean dramas. Anyway, because the end of June is Eid Mubarak holidays, therefore I’ve got time to watch TV series, mainly Korean dramas. I’ve watched Defendant (2017) and Healer (2014-2015), the next thing is I watched Master’s Sun. Although I’ve watched it back then, I haven’t had the chance to review it. That’s why now I decided to review it.

Master’s Sun reminds me of a western TV series called Ghost Whisperer (2005-2010) played by Jennifer Love Hewitt. However, the difference between them is the main character. In Master’s Sun, Tae Gong-Shil played by Gong Hyo-Jin can see ghosts yet she is afraid. She helped them but at the same time, she is so afraid of them. Gong Hyo-Jin didn’t look at her best because she has to play a very weird character, with panda eyes and seemed to daze all the time. Her clothes weren’t special and her makeup was barely any. She’s not afraid of looking like a mess. Then again, doesn’t matter how she looked like. It all comes back to her acting. Gong Hyo-Jin managed to act as a quirky woman really great. She can shift from being funny to weird to serious in just one snap. Well, not literally one snap but you know what I mean, right? Being Tae Gong-Shil who can see ghosts, means that sometimes she can be possessed by them her personality changed. Gong Hyo-Jin managed to do the character’s changing really fast. She’s actually acted like a different person. That’s worth a compliment, I must say. I’m sure it’s not easy to play different characters in just one scene because you really have to know what you’re doing.

“If you get tricked into believing that you need to become prettier, you’ll end up ruining yourself. So, don’t pay attention to other people’s words and see your true self.” – Tae Gong-Shil

So Ji-Sub is one of the veteran actors and one of the most popular actors in South Korea. He has been working in this business for many years now. Unfortunately, I haven’t watched any of his dramas until Master’s Sun. In this drama, So Ji-Sub has proven us that he’s a great actor. Playing Joo Joong-Won, a president of one of the biggest company in South Korea, So Ji-Sub managed to embody the character really well. At first, Joong-Won looked a bit ambitious and self-centered, but as the story goes on, we can see his charisma and he became more likeable. So Ji-Sub did a great job in making his character grew up. Not literally grew up. More of changing to be a better person. Despite his serious character, Joong-Won can be funny too. Not ridiculous funny but more of a serious funny. He didn’t try to be funny but what he said and did can make us laugh. I may haven’t watched any of So Ji-Sub’s Korean dramas, but from Master’s Sun, I can say that he’s a great actor. Unlike Gong Hyo-Jin, So Ji-Sub’s clothes in the series are very well put, making his character more charismatic.

“Why should I be afraid of a dead person? Those who are living are scarier.” – Joo Joong-Won

The chemistry between So Ji-Sub and Gong Hyo-Jin is great. They are really sweet together and at the same time, unusual in a good way. Their romance is not like what we usually see because they depended on each other for an unusual reason. Gong Hyo-Jin’s character, Tae Gong-Shil really relied on So Ji-Sub’s character, Joo Joong-Won. Tae Gong-Shil’s ability to see ghost somehow disappeared when she touched Joo Joong-Won or Joo Joong-Won touched her. That’s why she is so depended on him very much. The interaction between Tae Gong-Shil and So Ji-Sub is indeed really great and worthy of a compliment.

The other cast also managed to make the whole drama successful. Each of them portrayed their character really well even the guest cast also played their part really well. That’s why Master’s Sun managed to give us not only an enjoyable story but also very entertaining. According to my sister, Master’s Sun is very scary. But I have to disagree with her. I think in terms of ghosts, Let’s Fight Ghost (2016) has scarier ghosts than Master’s Sun. They are more surprising and startled to you many times, whereas in Master’s Sun, not so much. Well, at least to me. However, there are times when Master’s Sun will surprise you. It’s scary but not so much. Let me remind you if you’re looking for a scary horror story, Master’s Sun may not be the one. It’s nothing like The Conjuring (2013) or Insidious (2010). Master’s Sun is for someone who doesn’t really like scary things but doesn’t mind a bit of scare.

The overall story is pretty much very interesting. Each episode has its own ghost story yet they also had time to tell the bigger plot. Every ghost in this Korean drama has his/her own story. They tried to move on or take care of unfinished business and each of them asked Tae Gong-Shil for help. Yes, pretty much the concept is like Ghost Whisperer TV series but at the same time, very different as well. Although each ghost story is very much interesting, the bigger plot is even more thrilling. So many mysterious things happened and the answers were unfolded at the perfect time. As for the ending, though I often say I don’t like the ending of some films or TV series or anything, but this time, it’s different. Master’s Sun do have a satisfying ending because everything is solved. No questions left unanswered.

The setting place and costume design in this Korean drama look beautiful and fit the story really well. The special effect for the ghost is also great. I also like the soundtrack of Master’s Sun. The songs are very well fit with the story, thus we can feel the tensed and the emotion even more. Plus, all the cast have executed their job really well and in a result, as the audience, we can enjoy the story of this Korean drama very much. Overall, the story of Master’s Sun is really entertaining and enjoyable to watch even though you don’t like a horror story. Everything is not just about ghost story but also about love stories. Some stories can even make you cry as well. However, if you are a fan of horror stories, perhaps Master’s Sun is not what you’re looking for since the story is not as scary as horror films. I do enjoy Master’s Sun very much despite not liking horror films. I don’t think Master’s Sun is that scary but surely it kind of is when you watched it in the middle of the night or in the middle of the dark. So if you’re a faint-hearted, do avoid watching it at night.