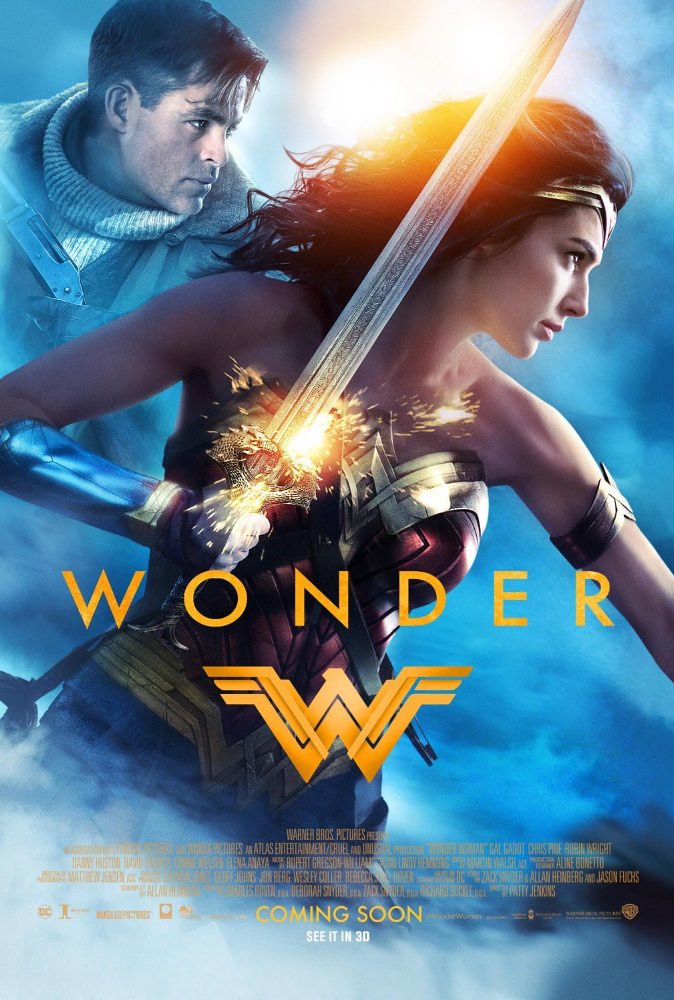 Before she was Wonder Woman (Gal Gadot), she was Diana, princess of the Amazons, trained to be an unconquerable warrior. Raised on a sheltered island paradise, Diana meets an American pilot (Chris Pine) who tells her about the massive conflict that’s raging in the outside world. Convinced that she can stop the threat, Diana leaves her home for the first time. Fighting alongside men in a war to end all wars, she finally discovers her full powers and true destiny.

I am super excited about the films that were released these past few months. I’ve been seeing my favourite actors and actresses on the big screens lately. Seeing Benedict Cumberbatch in Doctor Strange (2016) and Eddie Redmayne with Johnny Depp in Fantastic Beasts and Where to Find Them (2016) in November last year. And then seeing Kate Beckinsale and Theo James in Underworld: Blood Wars (2016) in the following December. Then I got to see Tom Hiddleston in Kong: Skull Island (2017) and Emma Watson in Beauty and the Beast (2017) in March. And finally last month, I got to see Johnny Depp again and Orlando Bloom in Pirates of the Caribbean: Salazar’s Revenge (2017). It’s definitely happiness of my own. And now, I’ve got the chance to see another one of my favourite actresses in Wonder Woman! Which of course, none other than Gal Gadot. I’ve always loved her ever since Fast and Furious, especially after seeing her much in Furious 6 (2013).

Anyway, Wonder Woman is the first female-led superhero since Elektra in 2005, or so I’ve heard. Although we have some films with female hero a.k.a. heroine as a lead, but I think it’s been a while since we have a female superhero film. I am not a fan of DC comics or Marvel comics but based on what I’ve seen so far, Marvel Studios has done a very good job indeed in entertaining the audiences. Either to a non-reader of the comics or the readers, a fan or non-fan. However, DC Films, not so much. The last Batman v Superman: Dawn of Justice (2016) and Suicide Squad (2016) are not as good as I was hoping for. I have to admit, I was super excited about Batman v Superman, but then the film is quite boring in the beginning. The only person—or two-person—that made me withstand throughout the film are Henry Cavill who played Superman and Gal Gadot who played Wonder Woman, who are my favourite actor and actress. So now you know how excited I am to watch Wonder Woman. And I really have to say that Wonder Woman is not disappointing at all. Even Rotten Tomatoes who seemed to always give DC Films bad reviews, has finally given the best review for Wonder Woman. So unlike the previous films from DC, Wonder Woman has received a lot of positive reviews. I’ve been hearing a lot about how beautiful and sexy Gal Gadot is from my friends and I never doubt them even once. I’ve always known and liked Gal Gadot since the beginning, so it’s no surprising to hear that kind of comments. I would be shocked if someone says otherwise. 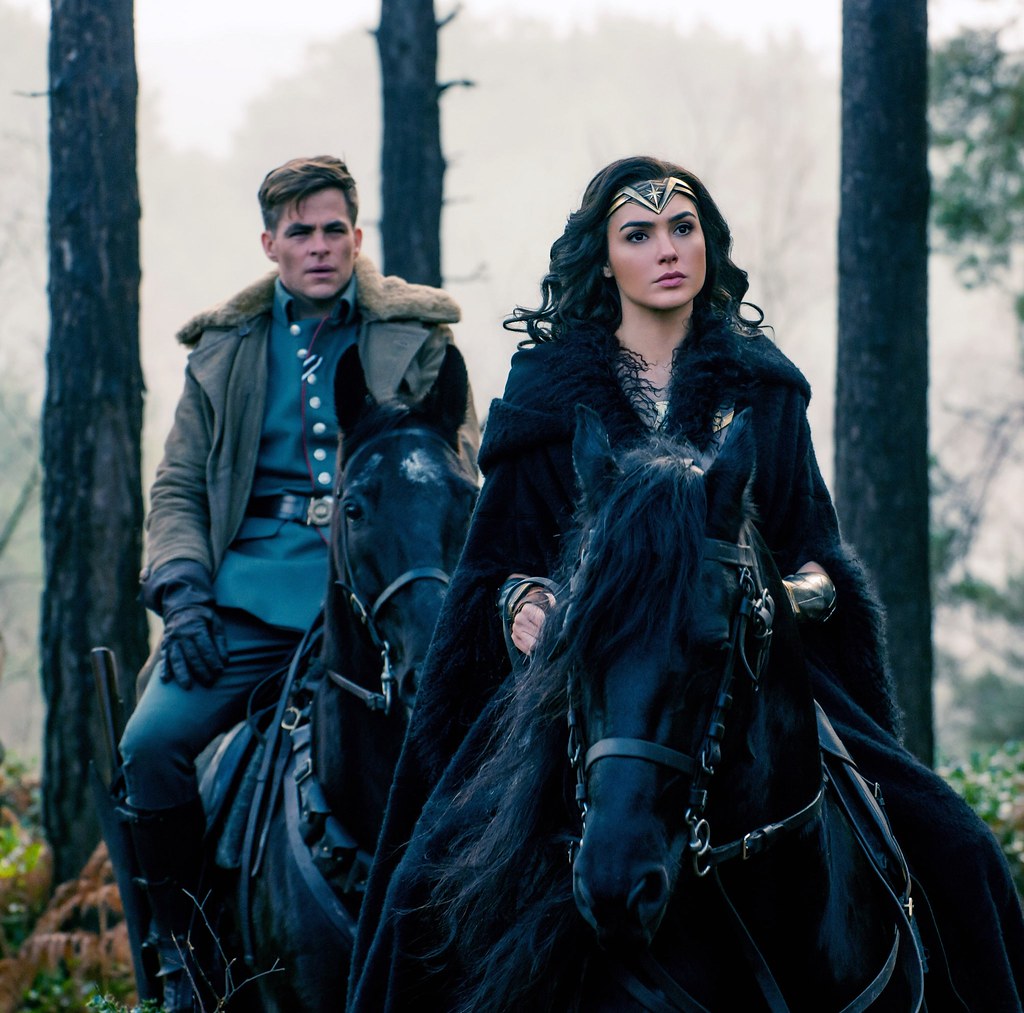 Although Gal Gadot is indeed very beautiful from any angle you see, when it comes to a film, it all comes back to her acting skill. And let me tell you, Gal Gadot is bloody awesome. She’s not just a pretty face. She’s a badass—please excuse my language. Seriously. Her acting skill as Wonder Woman is terrifically awesome. And you won’t even believe that she was five months pregnant during the filming because she was so good doing the fighting scenes. Of course, stuntmen and CGI effect helps a lot, but it all comes back to the actress, right? Gal Gadot is truly a Wonder Woman after all. Don’t you agree? As a girl myself, I am excited to see more of feminist films. I am sure not everyone agrees but as a girl myself, I am surely excited and happy. Plus the film is directed by Patty Jenkins, who is a woman herself and making her the first director who ever directs a superhero film. Or so I’ve heard. Please do correct me if I’m wrong. I think it’s about time we change the perspective that women a fragile creature because sometimes or often, women can be very strong too, if not even stronger.

In any case, I like the way Gal Gadot showed her facial expression. She’s not trying to be funny yet we all laugh because of her. I could feel her wrath, her anger, her sadness. She’s very good at showing her emotion. I like the chemistry between her and Chris Pine’s character, Steve Trevor. I’ve seen Chris Pine’s films before and his acting is always good and entertaining. The last film of him that I saw was Star Trek Beyond (2016), where Chris Pine delivered a great performance. Now, we can also say the same in this film. I think Chris Pine’s performance is great but because Gal Gadot seemed to be receiving more praises and more highlights, Chris Pine’s character became more like an additional and not so important, making Chris Pine’s performance not getting much attention he deserved. In my personal opinion, his role is actually very important too. Because the title is already about Wonder Woman, Gal Gadot receives more attention. Nevertheless, Chris Pine’s performance is also really good and entertaining. Like I’ve said before, I like the chemistry between him and Gal Gadot. Their chemistry is just perfect. Not too much but not too lacking as well. 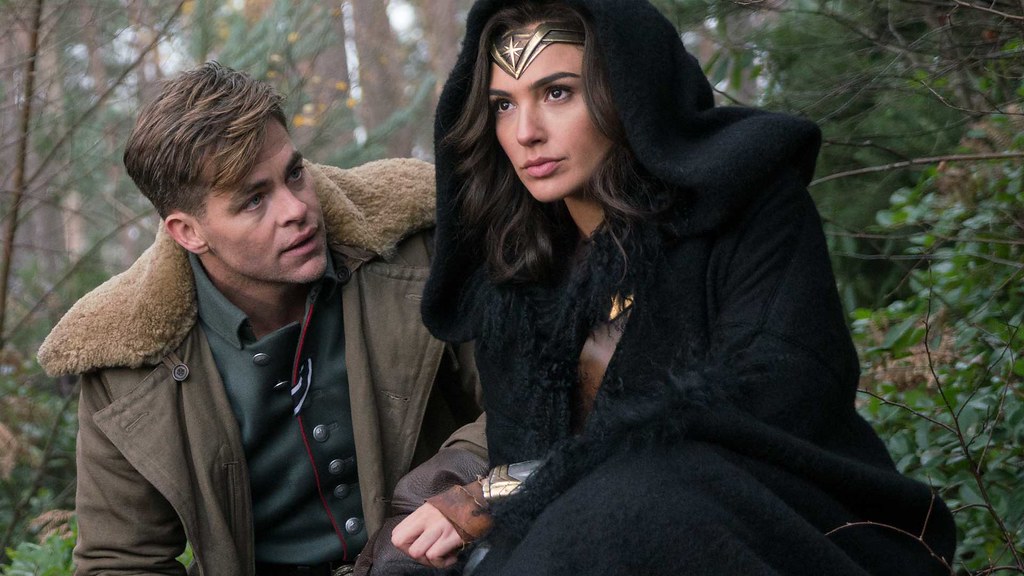 With too much attention on Gal Gadot, we also have to focus on the story. To tell you the truth, the story is not disappointing. It is definitely better and stronger than Suicide Squad. Like any other superhero films, Wonder Woman is also about stopping the war that happened in the world, but with some mythological elements put in it. Much like Thor but Thor is a God while Wonder Woman is not particularly a Goddess, which makes her more awesome. Some say the pace of the story is a bit slow and at a certain point is boring, but I disagree. I know there are some points where they talked a lot and not fighting, but I think the talking is not that boring. At least I feel more bored when I watched Batman v Superman: Dawn of Justice anyway. And in my opinion, the fighting scenes in this film are not bad at all. They are actually very good and very entertaining indeed. I can’t compare whether this film better than its comic, but surely, Wonder Woman as a film is really a great film that deserves many praises.

Of course, when we talked about this kind of film, we shall talk about the special effect. I think the cinematography, the CGI, and all other action sequences are breathtaking. Everything is smoothly done. Even the settings in this film are all very well fitted. I think of all DC Films that I’ve watched recently, Wonder Woman is the best of all. I do like Man of Steel (2013), but I think Wonder Woman has already beaten it and this film is definitely far more ahead than Suicide Squad. And even though the action scenes in Batman v Superman: Dawn of Justice are good, the film is still boring in the beginning. If not because of Henry Cavill and Gal Gadot, I would probably have fallen asleep back then. So surely, Wonder Woman is a better film. And speaking of Gal Gadot, she has seriously stolen the show ever since Batman v Superman: Dawn of Justice. We all know that Batman v Superman: Dawn of Justice is about Batman and Superman, duh? But seriously, it’s Gal Gadot who caught most of the attention. At least that’s what people around me saying and from what I’ve read before.

“It’s about what you believe. And I believe in love. Only love will truly save the world.” – Diana Prince

And speaking of Gal Gadot, she has seriously stolen the show ever since Batman v Superman: Dawn of Justice. We all know that Batman v Superman: Dawn of Justice is about Batman and Superman, duh? But seriously, it’s Gal Gadot who caught most of the attention. At least that’s what people around me saying and from what I’ve read before. I am so glad that she was the one who was cast as Wonder Woman because I can’t imagine anyone else plays the role of Wonder Woman. 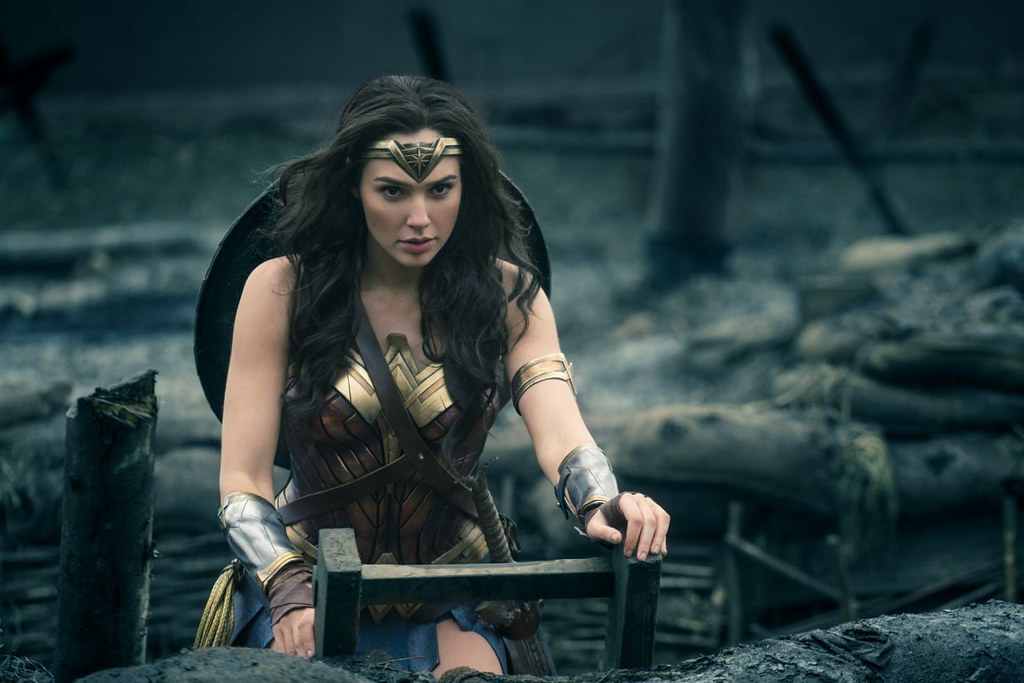 All in all, Wonder Woman is truly a great film. Very entertaining and deserves a lot of praises and applauds. Gal Gadot’s performance is great, supported by amazing casts such as Chris Pine, Connie Nielsen, Robin Wright, Danny Huston, David Thewlis, and many other cast members. The chemistry between Gal Gadot and Chris Pine is perfect, the fighting scenes are awesome, the CGI effects are breathtaking. Wonder Woman is really worth to watch and worth waiting for. I dare to say that Wonder Woman is the best film from DCEU thus far.