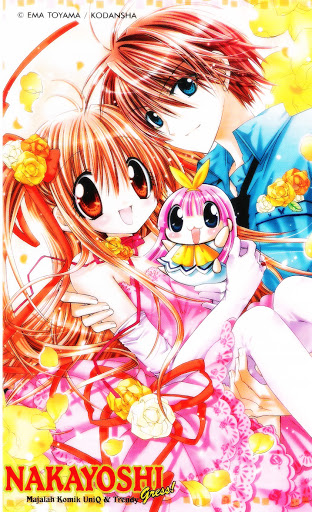 The story follows the adventures of 12-year-old Kōsaka Mayu who is just starting middle school. Her family owns a successful café business, and as such, she is heavily selective about what she drinks. Mayu especially enjoys soda pop, though she is known to like anything that has flavour.

When Mayu goes to her first day of middle school, she finds that she must sit next to her former elementary school crush, Amamiya Shinya. The memory of when he turned her down on the day of elementary school graduation still plagues Mayu’s mind, and she is incapable of making any true effort to speak to him.

As Mayu is sitting at the bar, a glass and several cans of pop near her, she begins to reminisce about her first meeting with Shinya, when he helped her find her mother. A single teardrop falls into her glass, turning the pop seven different colours. Figuring it was one of her mother’s “experiments”, she drinks the strange liquid and finds it to be disgusting. This is when she sees Pucho, who suddenly appears. As it turns out, Pucho is a magical drink spirit, who had gotten the recipe for the seven-colour drink (which is supposed to transform drink fairies into adults). Bitter that Mayu drank it instead of her, Pucho proceeds to terrorise Mayu, who thinks that she’s merely dreaming and drinks some cold milk to wake herself up. In all actuality, it turns her into a giant. From that point on, anything Mayu drinks (with the exception of water, although it did turn her invisible one time) will cause her to transform. Many times, Mayu has no control over what she does or says during her transformations, and the only way to undo them is with the magic words spoken by Pucho: “Puppuku Pucho!”.

The rest of the series centres around Mayu and Pucho’s adventures to uncover the colours of the seven-color drink in order to assemble it again, as it is said that the feelings of love create them. As such, Pucho vows to make Shinya fall in love with Mayu.

First time I read Pixie Pop is in a manga magazine called Nakayoshi. What makes me interested in reading it the first time was because of the drawing. Tōyama Ema certainly has a very good drawing and sometimes the characters in the manga were drawn very cute and adorable.

As I said many times before, I always like a fantasy story and Pixie Pop is definitely a fantasy manga where the main character, Kōsaka Mayu, can turn into something else whenever she drank something, including soup. The reason is because Mayu has accidentally drunk a certain drink made by a spirit drink, Pucho. The story goes with how Mayu tried to make her first love likes her back with the help of Pucho. 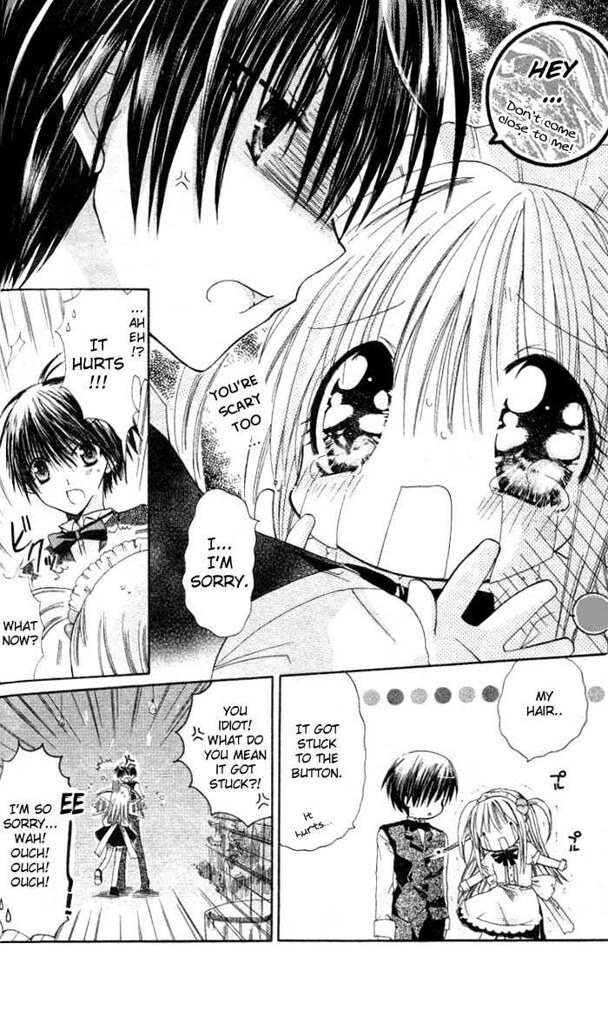 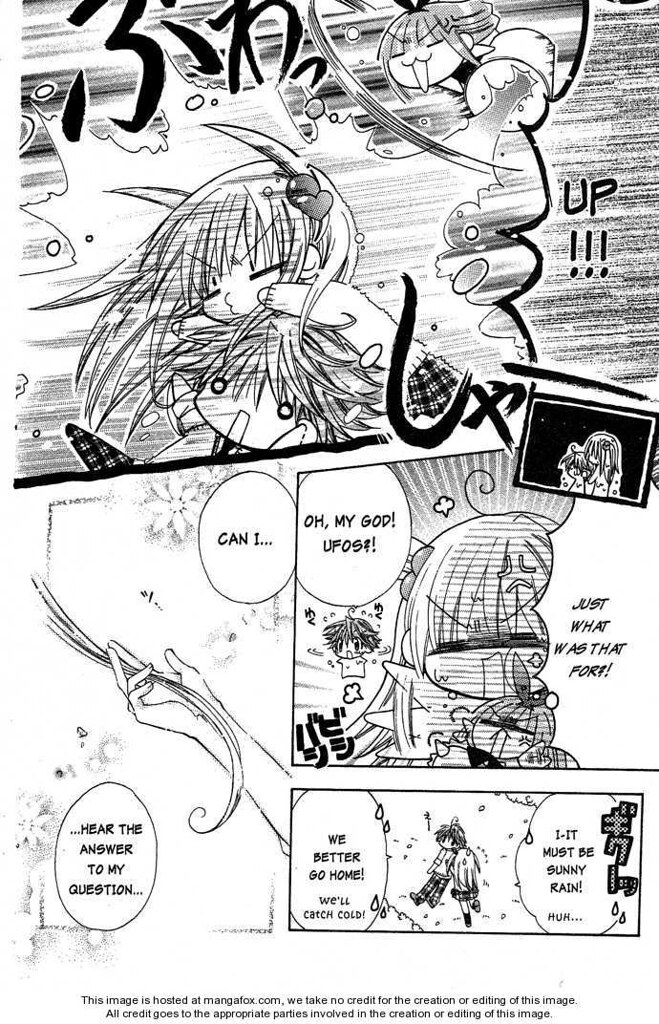 I pretty much enjoy the overall story. It is funny and enjoyable. Even though the focus is about Mayu and Amamiya, Mayu’s first love, sometimes Tōyama Ema also gave us some story about Mayu’s and Amamiya’s best friend as well. Rivalry in love is also there, as always, making things more complicated but at the same time more interesting as well. It’s interesting to see what Mayu would turn into whenever she drinks, including water. It’s a bit confusing to think that she can’t even drink normal water and not worrying to change into something. However, since this is a manga and all manga are basically more impossible than normal stories, I’ll let this one slide.

“She’s always liked me despite of how I act. She reminds me of how it feels to like somebody.” – Amamiya Shinya

What I like about Pixie Pop is not just about the fantasy story, but also the romance. It’s not much and not too mature so teenagers can read it just fine. Tōyama Ema also put some comedy in the love story and therefore, making the story more fun and light to read. Not only the romance, Tōyama also made sure that the friendship between Mayu and Pucho is developing stronger. Although there are some parts that make me disappointed in the end, overall, I am quite content with the ending story. 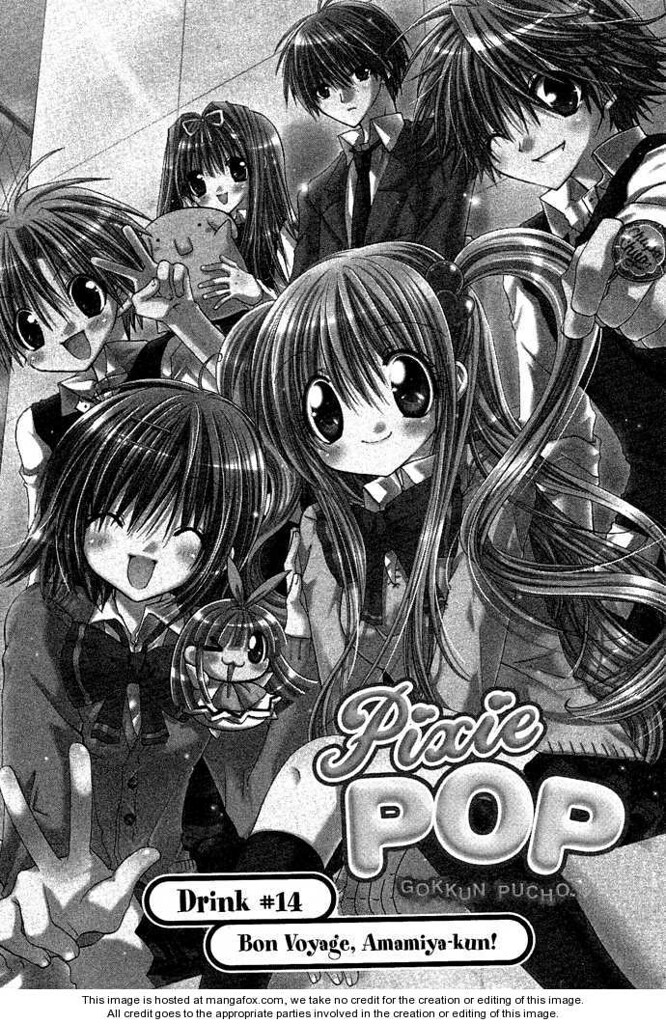 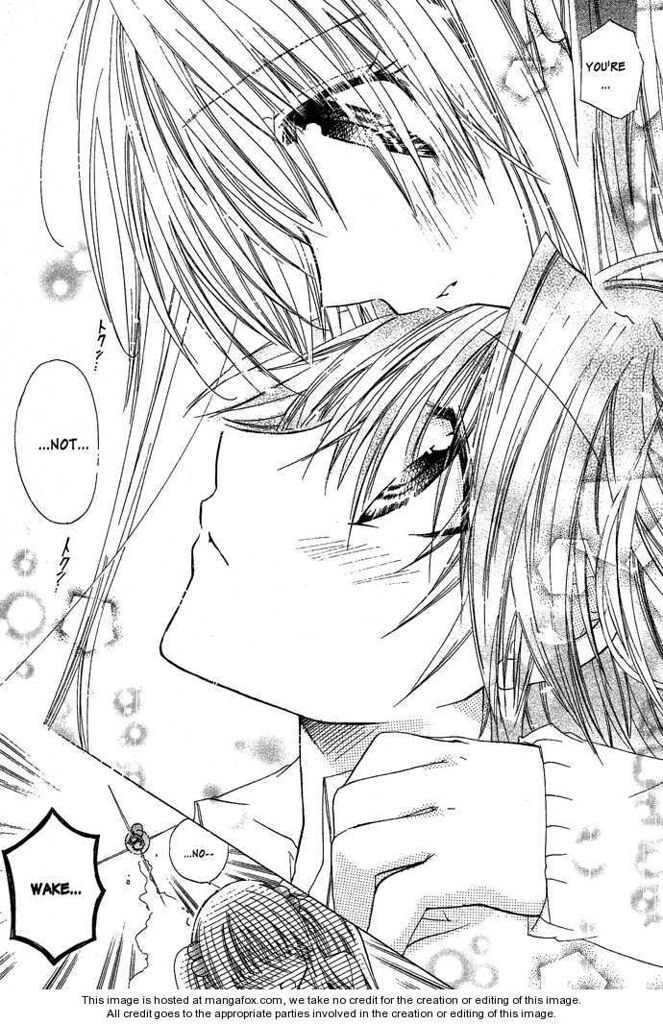 I don’t know if it’s fine in other country’s culture—I believe it’s fine in Japan—but in my country, many manga have a very mature content for a high schooler and even a middle schooler. However, Pixie Pop is definitely not one of those manga. Like Beauty Pop and Love So Life, Pixie Pop‘s story is not as mature as most manga that I’ve read recently. The overall story of Pixie Pop is light, not too mature in terms of romance, and therefore, teenagers—at least in my country—can read this manga just fine. The romance is enough, the comedy is funny, and the friendship story is strong.

As I have said before, the drawing of this manga is very good. Very excellent indeed. It’s always a pleasure to read manga with great drawings, especially when I can see the main characters were drawn beautifully and adorable. Overall, I really love Pixie Pop. To me, this manga is very enjoyable. There are times when I laugh and smile when I read Pixie Pop. There are also times when I felt the heartbreak. So yeah, Tōyama Ema did succeed in delivering the story that the chemistry in her drawings can be felt by the readers. It’s truly a good manga, after all.