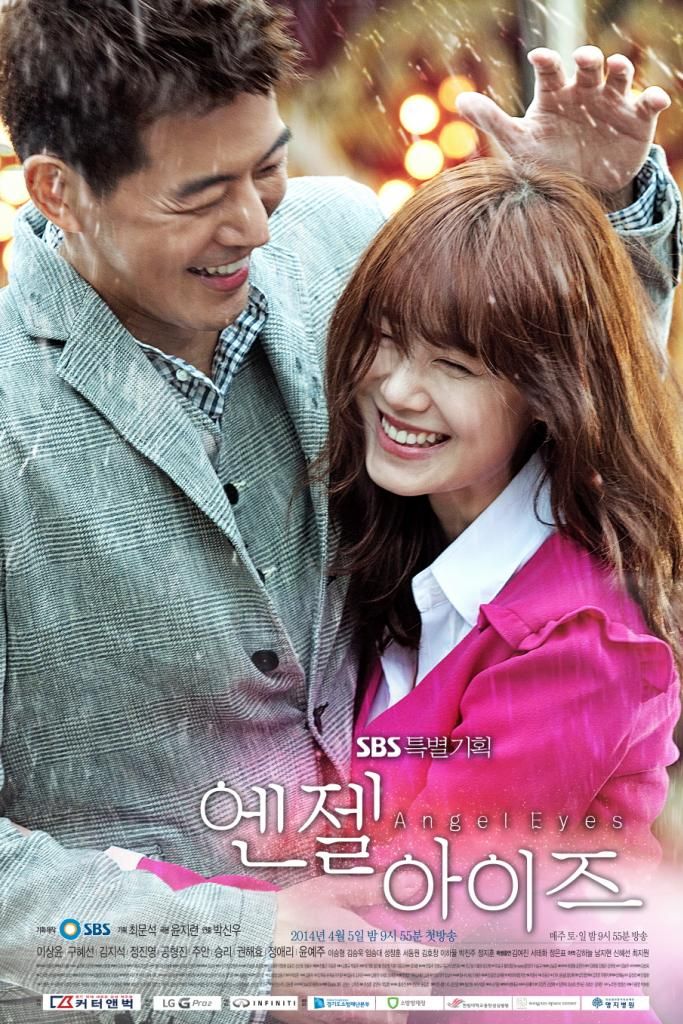 Yoon Soo-Wan and Park Dong-Joo were each other’s first loves but were forced to separate due to painful family circumstances. Soo-Wan, who had been blind, eventually undergoes an eye transplant surgery that restores her sight.

Twelve years later, Soo-Wan now works as an emergency rescue worker, while Dong-Joo is a surgeon. They meet each other again. But Soo-Wan is engaged to a Neurosurgeon, Kang Ji-Woon. Knowing this, Park Dong-Joo decided to keep quiet and not reveal his identity to Soo-Wan and also decided to go back. Will Soo-Wan realise that Doctor Dylan Park is her first love, Park Dong-Joo? Will they end up together despite all the obstacles that they are going to face?

I take my words when I said The Legend of the Blue Sea (2016-2017) is the longest Korean drama I’ve ever watched. I mean, I have watched many Korean dramas before that took longer than a week. Although Angel Eyes doesn’t take more than a week, it is still longer than The Legend of the Blue Sea. I was reluctant at first to watch this, but then the premise sounds interesting and therefore decided to watch it anyway.

Angel Eyes really has a good story. Although in the beginning I am not really intrigued, but I did feel curious to what will happen next. I like to see Lee Sang-Yoon as Park Dong-Joo. The role is really suited for him. He has that kind of face and the sweet smile that really perfect for his character of Park Dong-Joo. I’ve seen dramas about doctors before like Doctors (2016), Yong-Pal (2015), Good Doctor (2013), even Descendants of the Sun (2016). In Angel Eyes, Park Dong-Joo is also a doctor. He is a talented and very smart doctor. However, I would like to see his action as a doctor even more. After all, this drama is a medical drama as well, therefore I want to see some medical action. However, since this is more about firefighters and emergency rescue workers (119—or 911 in the United States), I get it why the medical action is more basic rather than in operation room. I just think Park Dong-Joo will look so much cooler in operation room. Nonetheless, I really like his character, though I pity him very much. Lee Sang-Yoon is really perfect for the role. He got the look, he got the emotion, he got the chemistry with his loved ones. His facial expressions were all convincing. He really fits the role. Park Dong-Joo looks perfect in a doctor suits or in an emergency rescue suits.

To be honest, I have never watched Boys Before Flowers (2009) despite all the hypes and this is my first time seeing Ku Hye-Sun’s drama. I have to say her acting skill is a no doubt too. I like seeing the chemistry between her character, Yoon Soo-Wan, and Park Dong-Joo. The love between them looks very much real. All the interactions look sweet and not exaggerating at all. Even the younger Park Dong-Joo and Yoon Soo-Wan have good chemistry as well. Kang Ha-Neul and Nam Ji-Hyun have portrayed the younger Park Dong-Joo and the younger Yoon Soo-Wan really well. Especially Nam Ji-Hyun who played the blind Yoo Soo-Wan, she really played it perfectly and very convincing. The other cast also played their parts really well too. However, there is one particular character that has left question marks. But the rest is just fine.

“While knitting thread by thread you think of that person. Even if your attention wanders for a moment, as if repenting for a wayward heart, you have to unravel it from the place it went wrong and restart from that place. And since it’s the only one in the whole world, and because it’s a present that can’t fit as well or look as good on someone else. That it was the same heart as loving someone.” – Park Hye-Joo

At first, the story is not too intriguing. It’s nice and good but not too thrilling or not too something like that. Angel Eyes still enjoyable to watch and I began to accept it’s just a drama and you can’t expect anything thrilling or something like that. However, several episodes before the ending, the story became more intriguing. I cried a lot because of it. It’s been awhile since I watched a drama that can make me cry for more than once in one episode. Although I don’t cry as much as I did when I watched One Litre of Tears (2005), Angel Eyes can still make me cry quite a lot. The story can really touch my heart. Plus the acting of all the actors and actresses is so convincing that the story becomes really real and can make anyone who watched it will feel the emotion. 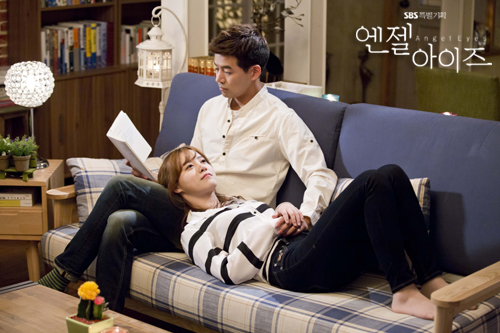 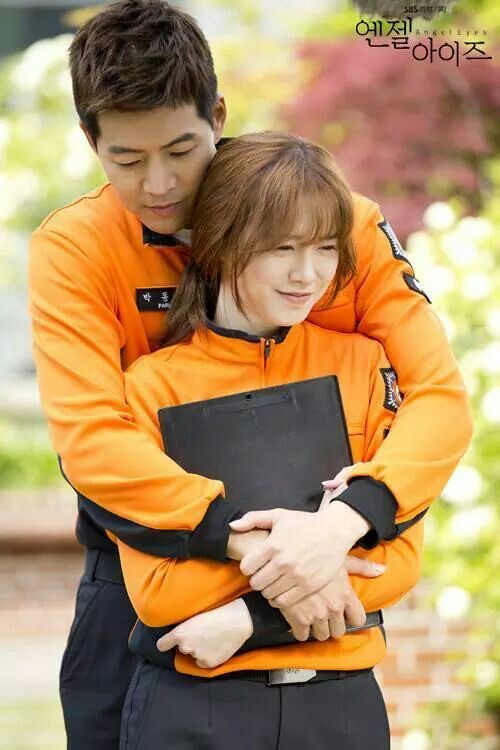 Like any other Korean dramas, Angel Eyes also have beautiful settings. The house, the workplace, everything looks real and set beautiful. Unlike the Korean dramas these days who can take places in outside South Korea, Angel Eyes took all scenes in the country. As far as I know, it’s all South Korea, not anywhere else. However, there’s a scene where they took place in the United States, though I am not really sure if it’s really in the United States or just a set. No matter what, a good setting is not determined by where it was taken, whether in the country or outside the country. As long it was set perfectly, it doesn’t matter. Plus the story is the important part, while the set is just a supporter. The setting is important too but it doesn’t have to be outside the country, as long as it was done beautifully.

“Parting because of love? That’s the shittiest thing ever. That’s not real parting. It’s just pretending. Do you know what the most painful way to part is? Separation by death. No matter how much you miss them, they don’t exist in this world. That’s the saddest thing.” – Village Mayor (Bo-Ram’s father)

All in all, this Korean drama, this TV series, is a good one. I really enjoy it very much and like it. The story is enjoyable and interesting in many ways. It’s beautiful to see. I love the chemistry between the main characters too. Lee Sang-Yoon and Ku Hye-Sun have executed their roles perfectly.