The Super Bowl of Fashion is back! Victoria’s Secret Fashion Show 2016 is finally here. I was excited last year because, in Victoria’s Secret Fashion Show (2015), Kendall Jenner walked on the show for the first time. This year, she did walk again and what’s more excited is the fact that she was given not just one, but two wings! I am so excited, indeed! Anyway, this year, Lady Gaga, The Weeknd, and Bruno Mars did the performances and they all look awesome. I have to say that Lady Gaga looks fantastic! 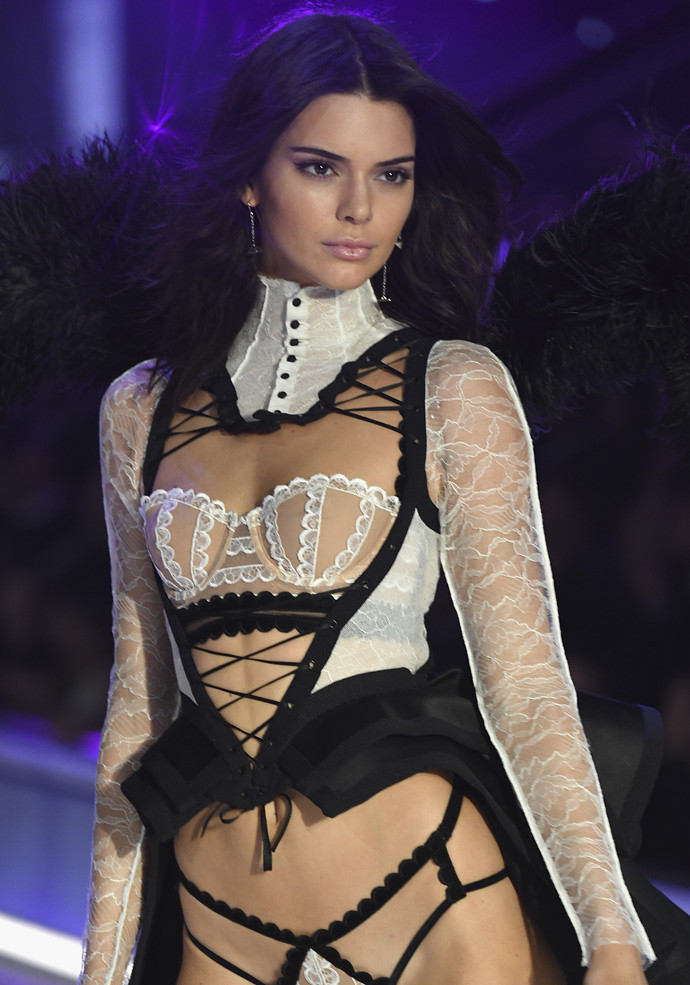 However, my excitement was quickly turned down because Candice Swanepoel and Behati Prinsloo are not in the show this year. They are my favourite angels so of course I want to see them on the show. Adriana Lima and Alessandra Ambrosio are beautiful but I love Candice and Behati more. Miranda Kerr and Doutzen Kroes used to be my favourite angels but they left the brand. Nonetheless, they are still my favourite models anyway. My new favourite angel is Lais Ribeiro. I think she is very beautiful. Her body is just so wonderful and perfect. But it seems she rarely caught on camera during backstage. I really want to see her more! Still, I love her and so excited to see her walking on the runway.

Aside from Kendall Jenner, I am also very excited about Gigi Hadid this year. She walked with her sister too. Isn’t that awesome? I am not a fan of Gigi Hadid, really. But I think this year, somehow, she looks really really beautiful. I am not saying that she usually is not beautiful because she is. However, somehow this year, she looks very beautiful and more than usual. I think it’s because of her hair side, I think. It’s also exciting to see Gigi Hadid got her first wing too. Anyway, her sister, Bella Hadid also looks amazing. They are the first sisters to walk on the show together. That’s bloody awesome.

Of course, my favourite looks from Victoria’s Secret Fashion Show 2016 are Kendall Jenner’s looks. Although I’ve also waited to see Lais Ribeiro, but seeing Kendall Jenner is another thing. I mean, I love her and she’s my favourite model despite her family background. She is just beautiful and amazing.

Speaking of Victoria’s Secret, you can’t just miss Adriana Lima and Alessandra Ambrosia. I mean, they are the longest angels that ever walked on the show. Sixteen bloody times. Adriana has become an angel since the year of 2000, whereas Alessandra has become an angel since 2004. That got to be something, right? They are indeed two beautiful Brazilian models. Although they are not my favourite angels, they are surely very beautiful. If you’re talking about Victoria’s Secret Angels, I believe Adriana Lima and Alessandra Ambrosia will cross your mind.  They’re just iconic. With bodies like theirs, I can’t believe they are 35 years old and have already had two children. I mean, Lais Ribeiro also has a child but she’s only 26 years old. Adriana and Alessandra are already over 30 years old, mid-30 even, and they still look hot. It’s just superb.

Aside from Adriana Lima and Alessandra Ambrosio, Izabel Goulart has also walked on the show really long. She has walked on the show 2005 and she never missed a show even once. So she has walked 12 shows in total. Isn’t that amazing? Her signature pose is to flick her hair from middle to side. She always does that and succeeds every time. Not awkward at all. Like Adriana Lima and Alessandra Ambrosio, she is already more than 30 years old but still looks very sexy.

To be honest, I don’t know much of the other angels. I don’t even know their names. I only know about Jasmine Tookes, Lais Ribeiro, and Elsa Hosk. Let’s face it, Lais Ribeiro has been my favourite. Jasmine Tookes wears the Fantasy Bra this year and Elsa Hosk opened the show this year. I guess that’s the reason why only their names that I remember. As for the others, even now I still have a hard time to remember their names. Even though all of them are so beautiful, they are not my favourite, I am so sorry about that.

All in all, Victoria’s Secret Fashion Show 2016 is great. Fantastic actually. They can always manage to pick different themes. It’s just amazing to think that they manage to make something beautiful from lingeries. However, I can’t lie I miss the old angels, especially when Candice Swanepoel and Behati Prinsloo are not on the show this year. I also miss Gisele Bündchen. I really love her. She looks bloody cool on the runaway. She doesn’t have to do kisses or winks. Her stares and poses are just the coolest. I like it better if the models just do the wink because I think it’s cooler that way. But blow a kiss can be very sexy too, especially if they didn’t exaggerate it when they did it. Nonetheless, this year’s show is amazing. I can’t wait for next year’s show again. I hope it’s Behati Prinsloo who will wear the Fantasy Bra next and I hope I will see Kendall Jenner again! I love her so much.