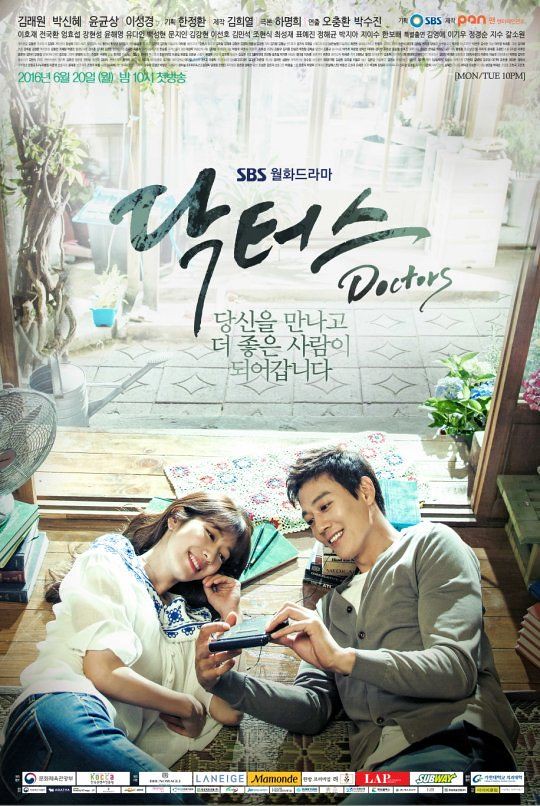 Yoo Hye-Jung (Park Shin-Hye) was a wayward girl in high school with a prickly, gangster personality. Due to her many childhood scars, Hye-Jung keeps her heart closed towards other people. However, she changes after meeting her mentor Hong Ji-Hong (Kim Rae-Won), who plays a key role in transforming her life from a “hopeless” delinquent to a compassionate doctor. They part ways subsequently but meet again after 13 years, when Yoo Hye-Jung becomes a doctor.

Another Korean drama about doctors and this time it’s called Doctors. I didn’t realise that fringe is such a hit until I cut my hair and wear a fringe myself. And then suddenly in nearly every Korean dramas that I’ve watched recently, everyone seems to have it. Even Park Shin-Hye even cut her hair with a fringe now. I know, I kind of off-topic, but seriously, the fringe has become a trend lately and I just can’t help to say something about it. Anyway, let’s get back to the main topic here. If I have to compare between Doctors and Good Doctor (2013), I don’t know which one I will pick best. But if you like romance more, I think Doctors is the right pick. If you want to see more of medical stories, I think you will prefer Good Doctor. But both dramas are really good. Doctors still gives you many glimpses of medical acts like operations and all while giving romance and hospital political issues as well. Doctors is such a hit recently, though I doubt it is as booming as Descendants of the Sun (2016). But, Doctors is really enjoyable to watch after all and definitely worth to watch.

“Back hugs are touching – it gives me the feeling that someone is enduring you from behind & guiding you through life. It’s the biggest joy lovers can give to each other.” – Hong Ji-Hong

I like the relationship between Hye-Jung (played by Park-Shin-Hye) and Ji-Hong (played by Kim Rae-Won). They have great chemistry together. It’s more of how they really understand each other. They didn’t try to make each other do the things that their partner dislike and I think it’s a good example. They tried their best to help but if the other party doesn’t want it, they won’t force it. They trust each other very much. It’s sweet in some way even though they didn’t show much sweet gesture to prove their sweet relationship. However, to tell you the truth, sometimes I get confused whether they love each other or not. I know they do, but sometimes their face just didn’t show the feelings, you know what I mean? Though other times you can see how much they love each other. I think in terms of chemistry, they both are the best couple I’ve seen so far. Even though I love how sweet Oh Soo in That Winter, the Wind Blows (2013) and how charismatic and cool and funny Yoo Si-Jin was in Descendants of the Sun, I just love how Ji-Hong looks very understanding. The interactions and the chemistry between Ji-Hong and Hye-Jung are really great and so natural that you actually believe that they are a real couple in real life. I love how Hye-Jung gave Ji-Hong a nickname of Hong Hong Hong, since his name is Hong Ji-Hong. It’s cute. 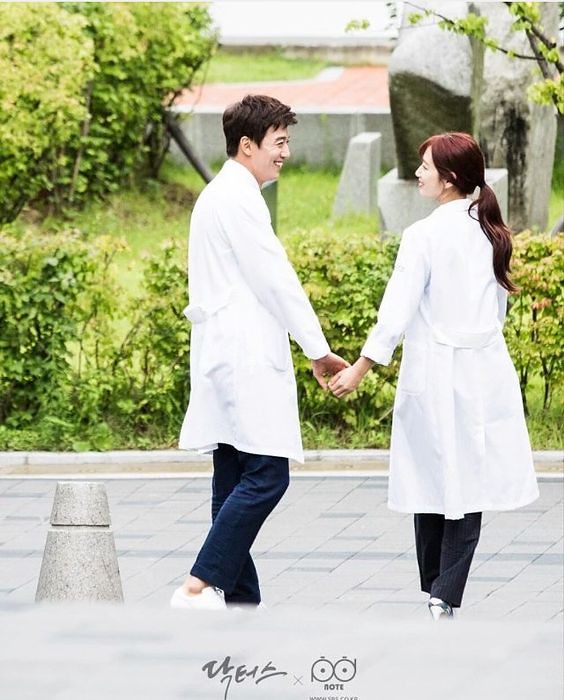 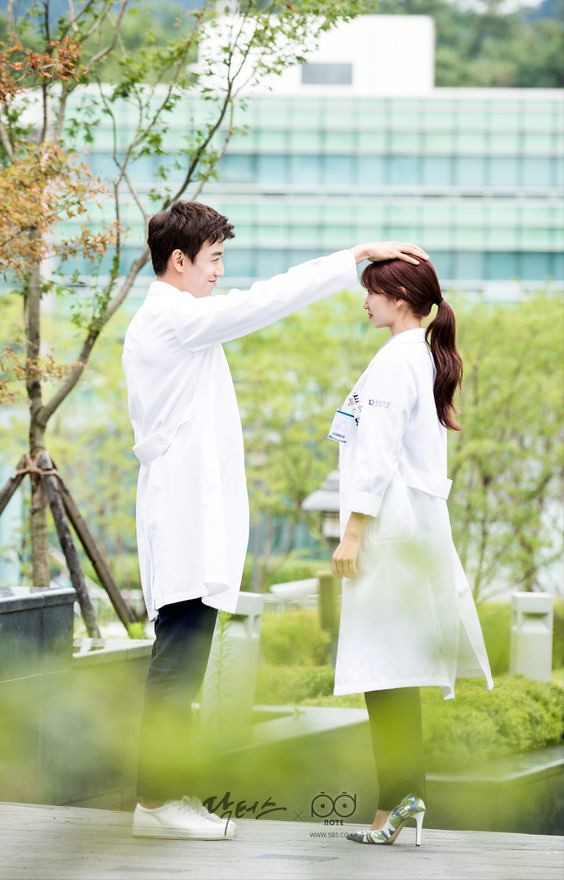 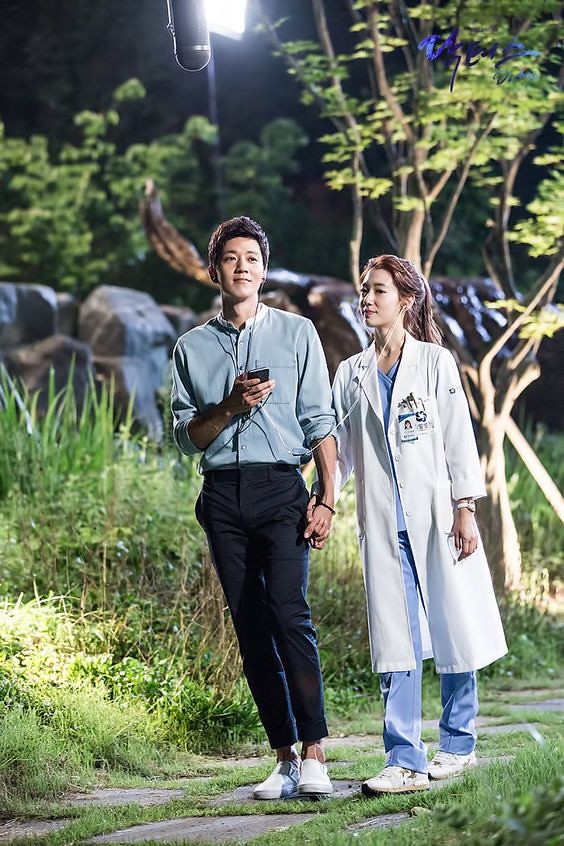 Park Shin-Hye is a good actress and whenever she’s sad and crying, you can feel the emotions. No wonder people say that she’s perfect for the crying role. However, I don’t really like Hye-Jung’s character in Doctors. Let’s just say she’s too selfish and stubborn. Stubborn can be good sometimes, but when she’s selfish. It’s like she doesn’t care about other people opinions and advice, as long as she got what she wanted. She is so lucky she got Ji-Hong, but I don’t particularly like Hye-Jung’s character in this drama. Well, at least not entirely. Nonetheless, Park Shin-Hye still a good actress and has done a great job in portraying Hye-Jung. Honestly, aside from Hye-Jung’s character, I actually love her clothes when she has become a doctor. Her clothes look really great, at least in my personal opinion. I also like the way she did the fight scene. Park Shin-Hye really has a flexible body. I mean, she looks badass in the fighting scene. I can’t believe she can do upper kick like that. Unbelievable! She’s super awesome. So yep, not only she can do crying scene really well, but she can also do the fighting scenes as well. She can also turn from a naive high school student to a mature doctor. The growing process of her character is done perfectly.

And then there’s Kim Rae-Won. I love Kim Rae-Won whenever he laughs. I just love his laughing face. He looks very sweet whenever he smiles or laugh. It’s the face where you won’t get bored looking at. It’s the face that will make you smile whenever he smiles. I like it whenever Ji-Hong was joking around. It’s cute and funny to see at the same time. He really could break the ice. I really like it because he can be very serious and strict but also very funny and can light the mood at the same time. I really love the character of Hong Ji-Hong. He is smart, funny, cool, and of course, handsome. Kim Rae-Won is a good actor, there’s no doubt about that. He really is great in portraying Hong Ji-Hong.

I also kind of interested with Yoon Kyun-Sang, who played the role of Jung Yoon-Do. He looks so annoying at first but very funny afterwards. Like really, really funny and sometimes cheesy. But I have to tell you, Kyun-Sang really looks chubbier than the last time I saw him in Pinocchio (2014). He played alongside with Park Shin-Hye too in that TV series, though his character didn’t really interact with Park Shin-Hye’s character much. So to see him here with Park Shin-Hye again is pretty exciting. The relationship between Ji-Hong, Yoon-Do, and Yoon-Do’s uncle is also very exciting too see. As for Lee Sung-Kyung, I think she is a good actress. I’ve seen her in reality show Running Man and I know how crazy she can be. That’s why when played Jin Seo-Woo, looking serious though annoying at one time, you know that she is a good actress after all.

Now, let’s go to the story of Doctors. It’s simple and not so complicated. It’s really cool to see neurosurgeons in action. I love the Neurosurgery Department’s tagline. It is such a motivating tagline for the neurosurgeons. What’s more interesting is the fact that Park Shin-Hye can turn from a high school girl into a professional doctor. The transformations are very interesting. I think the way they shot the angle and the way they dressed the actresses and actors are great. You can actually see the difference between 13 years ago and now. I think the acting is also the highlight here. Their actings were so good that they can transform from someone a bit childish into someone mature. The basic idea of Doctors is pretty good. I mean, the love of a student and a teacher sometimes can be a taboo thing but they didn’t highlight it so much, therefore I think, it’s nice. There are many problems that we should focus at instead of seeing the relationship between Hye-Jung and Ji-Hong isn’t appropriate. Eventually, they are not a student and a teacher anymore. They are colleagues who fall in love with each other after 13 years separated so I think how the chemistry begins doesn’t need to be argued. And there are also many problems with the patients and the politics of the hospital and also the real reason why and how Hye-Jung can be a doctor even though she was supposed to be a troublesome student. Those sort of problem is more interesting than arguing about the teacher-student relationship. They are not even in any relationship when they were still a teacher and a student. Yes, they like each other, but nothing happened. And you can’t deny that sometimes—or most of the times—Hye-Jung and Ji-Hong are pretty sweet and cute together. Do I like this couple better than Si-Jin and Mo-Yeon in Descendants of the Sun? I don’t know. I think Si-Jin and Mo-Yeon have a more lively relationship with all the wars and conflicts. They are very funny when they are together and will definitely make you smile and laugh when they are together. However, Ji-Hong and Hye-Jung surely have shown a more mature relationship. Their interactions are more possible to happen in real life and will also make you smile definitely. Oh Soo and Oh Young from That Winter, the Wind Blows is sweeter in terms of interactions. The way Oh Soo treats Oh Young is just unbeatable. He is just too sweet! However, Ji-Hong is surely had better understanding towards Hye-Jung. He knew what’s best for Hye-Jung and what she would like or wouldn’t. And that’s why I really like that side of him. 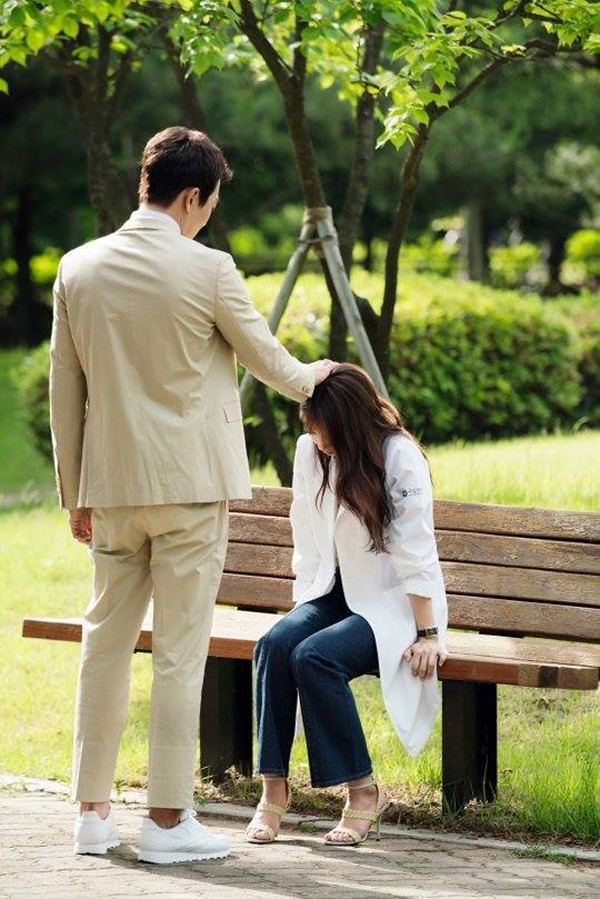 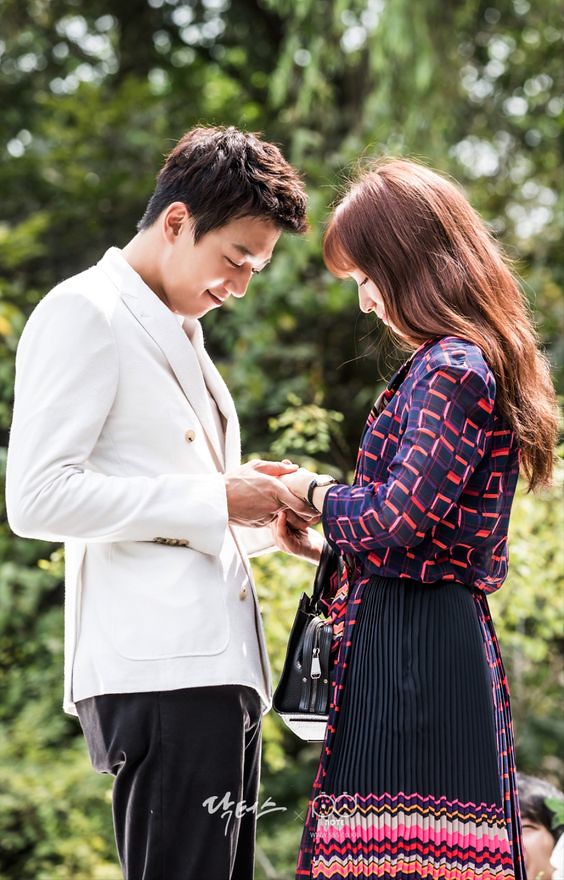 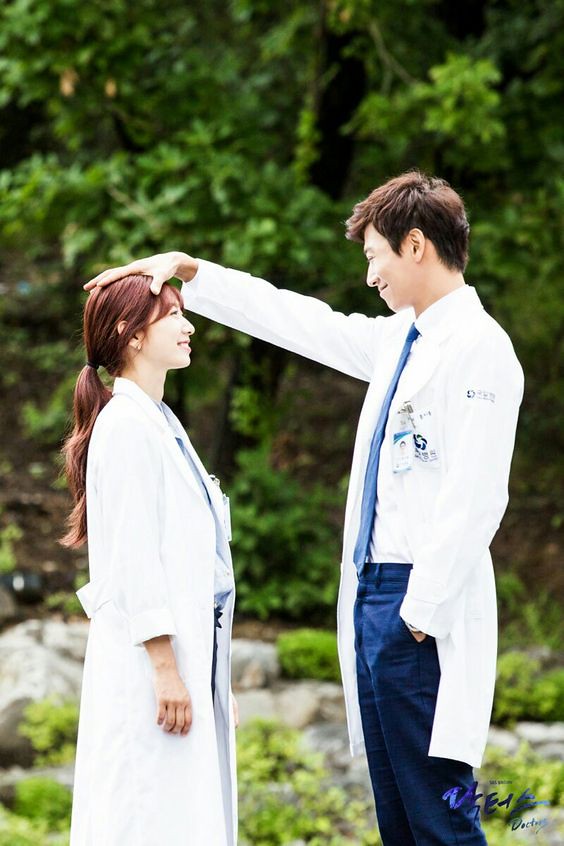 My highlight of this Korean drama is the ending, of course. I kind of bubbly about that one. Although there are some things that I wish to turn out in other ways, I still like the ending. Not everything should turn out the way we wanted to be, right? That’s not how life works. And Doctors has definitely had a better ending than The Innocent Man (2012) or Yong-Pal (2015). The ending of this Korean drama is good and nice and sweet. Overall, I really like Doctors. I think it is a good medical drama with a good portion of romance. The actors and actresses have done really well in portraying their characters. I am sure acting as a doctor is not an easy thing to do because they have to remember all the medical terms. Nonetheless, they’ve done it flawlessly. Doctors surely has a good story and finally, enjoyable to watch.