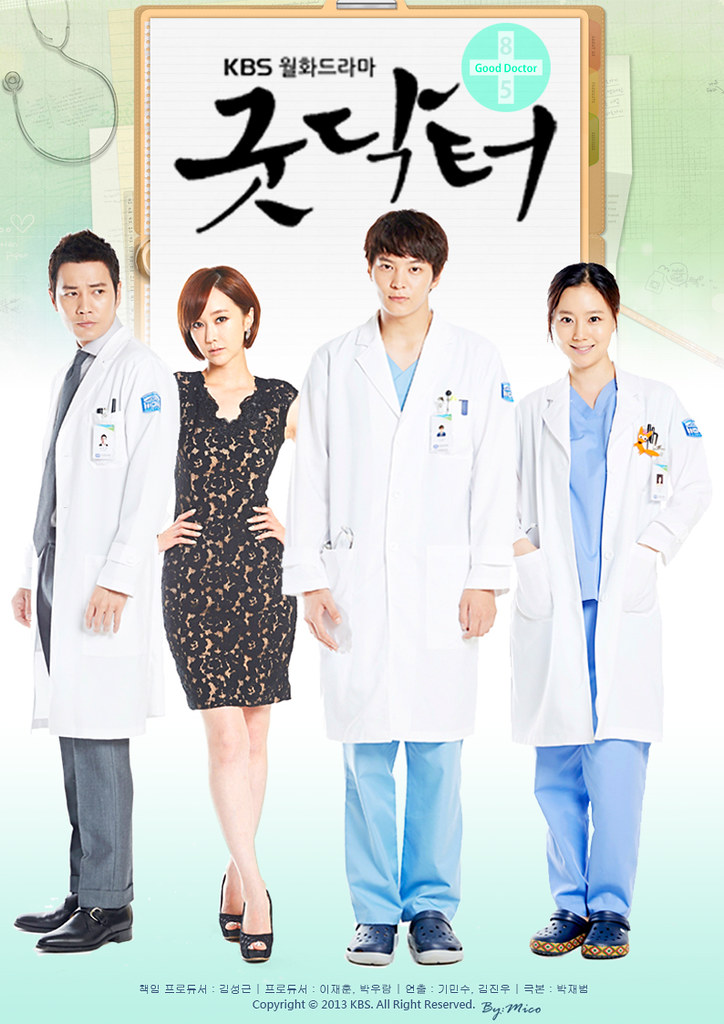 Park Shi-On (Joo Won) is an autistic savant who was sent to a specialised care centre as a child, where he was discovered to have a genius-level memory and keen spatial skills. He eventually enters the field of paediatric surgery as a resident, where he is given 6 months to prove himself capable. However, due to his atypical mental and emotional condition, Shi-on faces conflict from his peers and patients, who view him as childlike and unreliable. Most critical is the hotheaded surgeon Kim Do-Han (Joo Sang-Wook), who labels him a soulless robot of a doctor who can only rely heavily on his photographic memory instead of feeling what the patient needs. Despite help from understanding and fair colleagues like Cha Yoon-Seo (Moon Chae-won) and Han Jin-Wook (Kim Young-Kwang), the hospital is a fierce and competitive world and the challenges Shi-on faces become only greater when he falls in love with Yoon-Seo.

To tell you the truth, I didn’t like a doctor story until I watched Grey’s Anatomy. I never have any interest of doctors or becoming a doctor or seeing a doctor or even seeing the operation processes. I have never ever seen a doctor except for a dentist, twice. That’s it. That is all my experiences with doctors. Perhaps because there are so many unpleasant experiences with doctors that I’ve heard about in my family that I don’t like all the doctors here. But when I see Grey’s Anatomy, my perspective of doctors changed a bit. That’s when I decided to watch film or TV series about doctors and Good Doctor is one of them. Good Doctor is a great Korean drama that tells about doctors’ life. What’s more interesting is the fact that the main character, Shi-On is an autistic savant that is so genius that he could become a doctor eventually, a good doctor. His syndrome makes him more understand about children than the other doctors most of the time. His perspective view is often underestimated at first, but afterwards, they trust him eventually. He can even say wise things too. It’s a really good story. I have watched Korean dramas about doctors before, which is Descendants of the Sun (2016), but of course, that awesome drama isn’t all about medical. And there’s also Yong-Pal (2015), which about doctors too, though, not so much either. However, Good Doctor is all about doctors. From the beginning until the end. Not too many politics, which I like, and more of medical problems.

“There is no promise in the world that is okay to break.” – Choi Woo Suk

Joo-Won has also played an excellent doctor in Yong-Pal, but I must say that his performance in Good Doctor is more brilliant. I mean, it’s not easy to act as an autistic, let alone he has to do it in the entire series. He must keep his back and shoulder bow down a little bit and act autistic all the time. I don’t think it’s an easy thing to do. Sure there are harder acts and all, but of course, you shouldn’t compare them all at once. I’m sure each actor and actress have encountered different types of difficulties anyway. So, yep, good job for Joo-Won. He is really really good and very very much convincing the audiences.

Even though Joo-Won played his role really good, but I like Joo Sang-Wook more! He’s a great actor—not that Joo-Won isn’t, but well—I just like Sang-Wook ever since I have watched Birth of a Beauty (2014), another Korean drama that I like. Jo Sang-Wook is seriously looked cool and smart and handsome. Even in Good Doctor, you just can’t deny his charisma. He can look really firm at one time, and another time he looks soft. He’s just awesome. What I want to see more is his love life. Nearly more than half series I can’t tell whether he really loves his fiancée or he likes his colleague. Perhaps they should make a clear statement about his relationship. Joo Sang-Wook is really good at showing his feelings in his previous dramas, but it’s not good enough in this drama. I think it’s because there is no clarity whether he actually loves his fiancée or have some feelings to his colleague as well. They are more focused on Shi-On’s life after all. Nevertheless, it’s not a big problem that can change my perspective of the story so, no big deal. But do I like the chemistry between Shi-On and Yoon-Seo. They are so cute together. Yoon-Seo really understands Shi-On really well and the way she treats him is just great and cute to see. Of course, I want to see more love story in Good Doctor but the medical story is already great enough and can make me enjoy this Korean drama.

I also like Kim Young-Kwang. His face is really a face of someone with patience and gentle. The way his character, Han Ji-Wook, treats Shi-On explains everything. I think Kim Young-Kwang really fits the role. I like it because they didn’t make Ji-Wook as an extra character, but also, they have given a love story of his own. Even though it’s not much, it’s still entertaining to see. So it’s not all about Shi-On, but people that he cares and cares about him also got the story of their own. I think it’s a smart choice.

“There is no qualification to love somebody. But, if you love somebody without conditions, you’re qualified to be with that person.” – Han Jin Wook

Hence, to sum up everything, Good Doctor is a good TV series with a good story and unique idea. If you like a medical story, I think you will like this Korean drama. Although the romance stories aren’t as many as I expected, but the medical story is already good enough.

Good Doctor is getting 8 out of 10 stars from me.