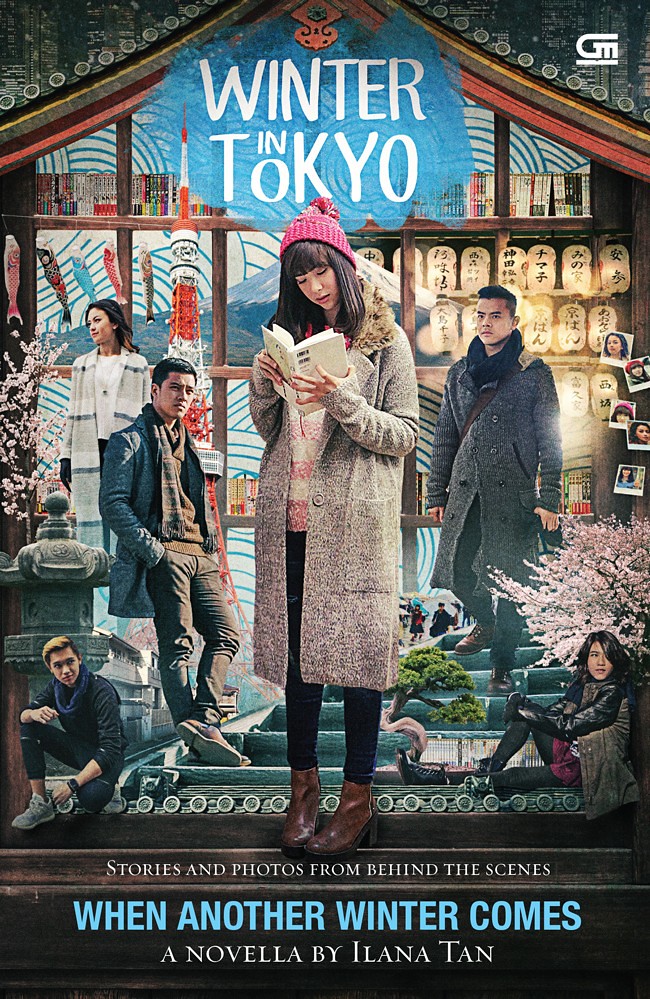 Winter In Tokyo: When Another Winter Comes – Stories And Photos From Behind The Scenes.

When Another Winter Comes is a short story about Ishida Keiko and Nishimura Kazuto after Winter in Tokyo. Their happy life after being together for a year, I think? It is definitely sweet and can make you smile by yourself. I sure have done it myself. Kazuto is still the sweetest man ever and once again, I have fallen in love with him. The book is not only about the short story of When Another Winter Comes because the publisher also featured some behind the scenes of Winter in Tokyo the movie and their actors and actresses. I like that part lesser than reading the short story, but I do enjoy it. At least it tells me some things that I don’t know about the film, like why the producers and the writers don’t want to make an exact film like the book and stuff like that. Also, the experiences of all the cast during the shoot are mentioned in the book. It is enjoyable but I was hoping I can get more story from the short story itself.

However, I am still happy that I can read my favourite character again, even though just for a while. I am still satisfied enough. It’s been awhile since I heard of my favourite character. The first time I read Winter in Tokyo, it’s kind of by accident. I was looking for a novel to read and my eyes caught Summer in Seoul, and then I decided to buy alongside with Autumn in Paris and Winter in Tokyo. By that accidental decision, I ended up loving all the books written by Ilana Tan. Seriously, Ilana Tan is a genius in terms of making sweet stories. Everything she wrote is so sweet. The flaw of her story is also very smooth and clever. I really enjoy reading her works.

Anyway, when they said Ilana Tan is going to make a short story about the continuation of Winter in Tokyo, I was super excited. I think everyone is excited. Winter in Tokyo, in my opinion, is the best of all four seasons tetralogy. It is no surprise if When Another Winter Comes is also very good. I just wish it would be longer but it’s alright because I can ‘meet’ my favourite character once more. It’s also exciting to read the production process of making the Winter in Tokyo film.

I give When Another Winter Comes 4.5 out of 5 stars.