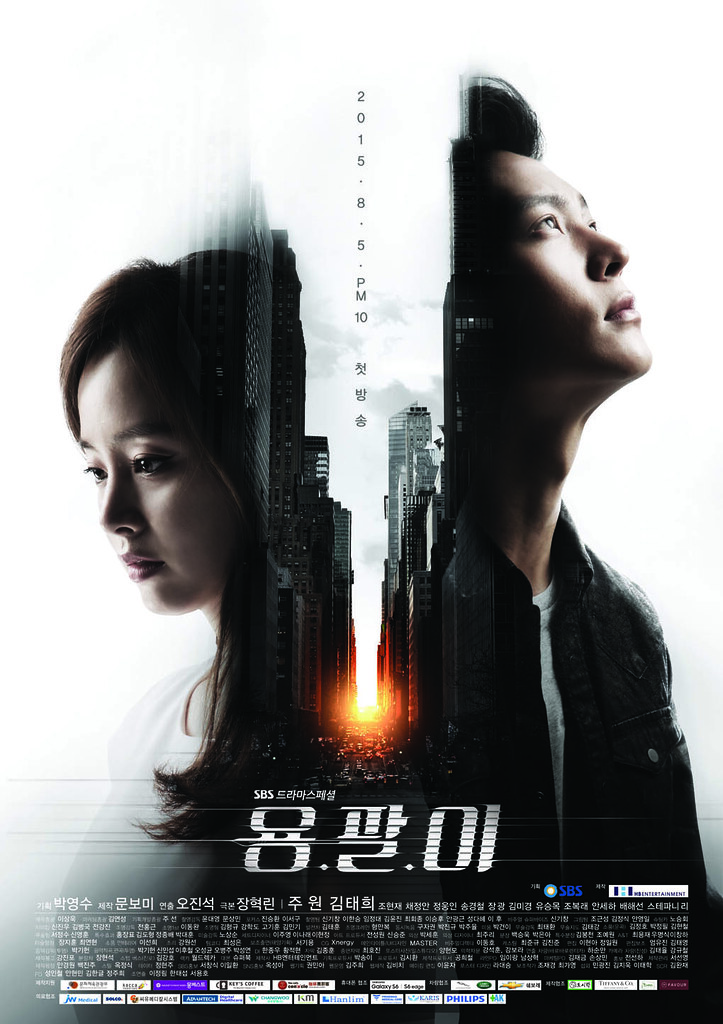 Kim Tae-Hyun (Joo Won) is an excellent surgeon, but he is constantly harassed by debt collectors due to his younger sister. His younger sister requires expensive kidney dialysis. To make more money, he goes to see patients privately for a high fee. He doesn’t care whether these patients are criminals as long as they can pay him.

Tae-Hyun becomes a pawn in the chief’s priority of catering to VIP patients within the hospital. But his life changes when he meets Han Yeo-Jin (Kim Tae-Hee), a chaebol heiress, who has been in a coma for three years. Tae-Hyun helps Yeo-Jin to wake from her sleep.

“I will wait till you’re free of your painful past.” – Kim Tae-Hyun

The story of Yong-Pal is somehow quite intriguing, but at some point will make you feel annoyed. I don’t mean to spoil, but it seems like everyone is bad in the series. Like literally, you can count the good guys and the rest of them are pretty evil. However, I am not lying when I said the story is good. It’s thrilling. Perhaps not the first few episodes. The first few episodes made you wondering what the hell is going on. Therefore you should keep on watching to know what really happened and you’ll find yourself can’t stop watching it. At least that’s what I did.

I love the chemistry between Kim Tae-Hee’s character (Yeo-Jin) and Joo Woon’s character (Tae-Hyun). Though I still don’t how it started, but I really like the progress. You can see and feel how much they love each other. I like the way how they treat each other and take care of each other. It’s so sweet. Kim Tae-Hee is more than just her beautiful sweet face. She is also a very talented actress. Having played antagonist before and other various characters, we shouldn’t doubt her acting skill. Even in Yong-Pal, she can play a protagonist with bad side too. She played her role flawlessly and making her character looks more interesting. Joo-Woon himself looks pretty good as a doctor himself. I am sure it’s not easy to play the role of a doctor because there are many medical terms that needed to be remembered. However, Joo-Woon did it perfectly. He sure looks like a real doctor.

The first time I watched Yong-Pal, I thought it’s weird. The technology seems very advanced. But then again, it’s a film—a TV series, to be exact. You can’t expect them to be possible all the time, right? The technology is pretty cool but when the technology has become not exaggerating, that’s when I started to enjoy watching the drama. I think when you watched a film or TV series, you should expand your imagination, or else you will be bothered all the time when you’re watching it. Like you will think it’s impossible or there’s no way there’s something like that. And finally, you won’t be able to enjoy watching it and end up thinking it’s a bad film. I have a friend who always thinks rational about any film all the time and she ends up never thinking the films are good nearly all the time, even though everyone thinks it’s actually a good film.

As for the ending, umm, I don’t know what to say. I kind of not like it. I expect more of it. It’s like watching The Innocent Man (2012)‘s ending again, though this one is better. But still, I really expect more from the ending. Some conflict that happened nearly the end were solved rather too fast that it kind of disappointing. I really wish the last problems would be solved in an interesting way like the previous problems but that’s not what happened and therefore, I kind of disappointed by the ending. Still, the ending of Yong-Pal is still better than The Innocent Man.

Overall, it’s a good drama and I really enjoy it. If you asked me is it better than Descendants of the Sun? Nah, perhaps not. However, you can’t compare both of them because they are so different. Nevertheless, Yong-Pal is really worth to watch it.