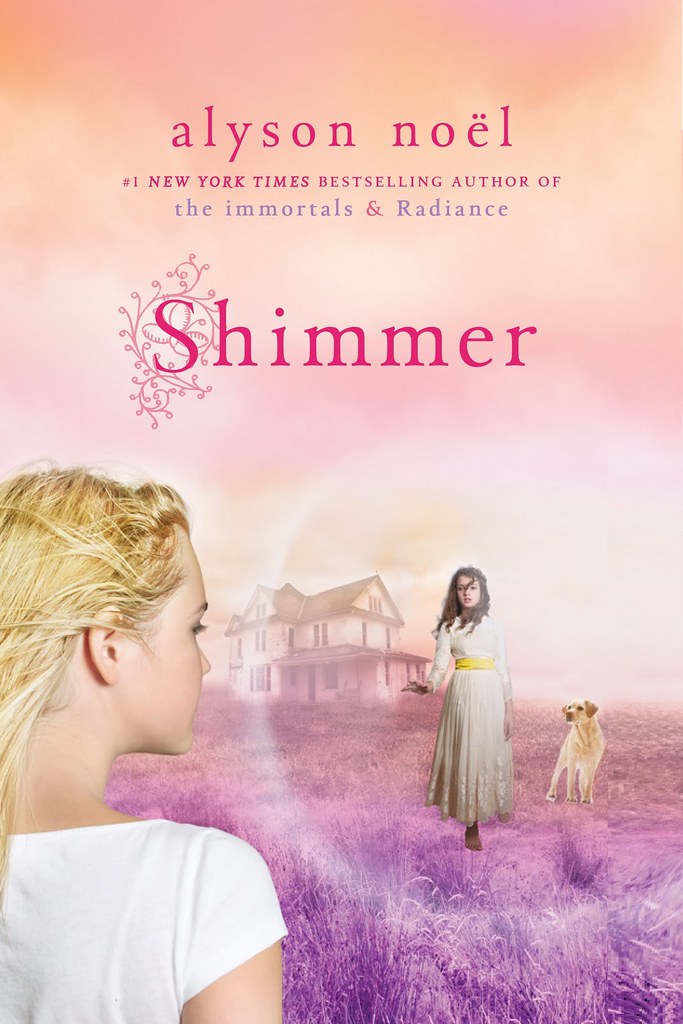 Having solved the matter of the Radiant Boy, Riley, Buttercup, and Bodhi are enjoying a well-deserved vacation. When Riley comes across a vicious black dog, against Bodhi’s advice, she decides to cross him over. While following the dog, she runs into a young ghost named Rebecca. Despite Rebecca’s sweet appearance, Riley soon learns she’s not at all what she seems. As the daughter of a former plantation owner, she is furious about being murdered during a slave revolt in 1733. Mired in her own anger, Rebecca is lashing out by keeping the ghosts who died along with her trapped in their worst memories. Can Riley help Rebecca forgive and forget without losing herself to her own nightmarish memories?

After awhile, I finally read Shimmer. I must say that Shimmer is a bit better than Radiance. Unlike the previous book, the conflict in Shimmer happened faster though still at a slow pace. To tell you the truth, I don’t know when was the climax of the story because, to me, all the problems were solved quite fast, faster than I have expected. The story is indeed more complicated than the first book. Unfortunately, the solving was so quick that I have to convince myself that it was over. Seriously, though, each time—well perhaps not each time, but most of the time—they solved the problem pretty quick. I know, I’ve said it before that everything happened at a slow pace. But that doesn’t mean I want to be this quick. It’s not like I’m saying I don’t like it. I was just not expecting it’s over pretty quick. That’s all.

“Their true liberation, their true path to freedom, lay in their ability to forgive.” – Riley Bloom

Anyway, like Radiance, Shimmer is still about a 12-year-old Riley Bloom, therefore, don’t expect a too complicated story. Even though I, myself, did expect more. However, Shimmer is still enjoyable to read. It’s a light reading and I think it can still entertain me. The novel is not too thick so you can read it pretty quick, even though I take some time to read it. What can I say? I am so busy lately and hardly have time to read. I know it’s not an excuse so I will read faster from now. Fingers-crossed.

Now, now. Shimmer is a good book and you can pretty much enjoy it. It’s a light reading, therefore it won’t make you think too hard. It’s rather entertaining when you have a lot in your mind and need to read something lighter. Shimmer definitely offers that.

I am giving Shimmer 3 out of 5 stars. I did enjoy the book despite the flaws.