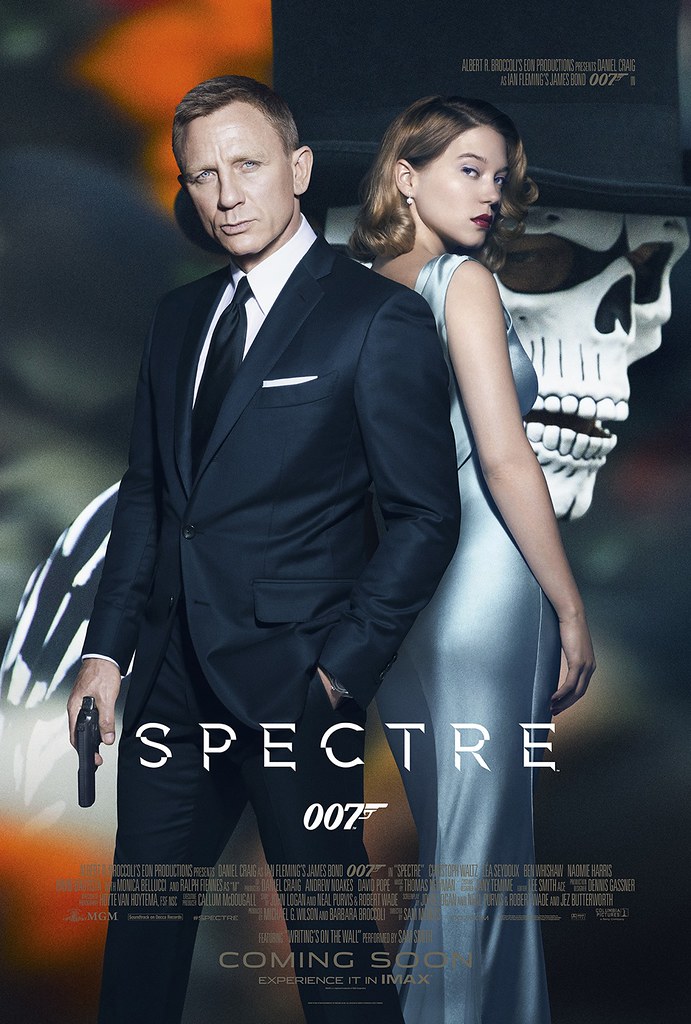 A cryptic message from the past leads James Bond (Daniel Craig) to Mexico City and Rome, where he meets the beautiful widow (Monica Bellucci) of an infamous criminal. After infiltrating a secret meeting, 007 uncovers the existence of the sinister organisation SPECTRE. Needing the help of the daughter of an old nemesis, he embarks on a mission to find her (Léa Seydoux). As Bond ventures toward the heart of SPECTRE, he discovers a chilling connection between himself and the enemy (Christoph Waltz) he seeks.

Daniel Craig may be the most famous James Bond, but the iconic advanced technology has been far reduced ever since he started to play the role. This time, it is no different. Well, you’ll find one or two, but I don’t think they are even counted. Daniel Craig really does make a new image for James Bond. He’s not a high-tech spy agent anymore and he shows his feeling more now. He’s become kind of rebellious too, unlike the previous Bonds. Quite disappointed from my point of view, because what I’ve always been waiting for James Bond’s films are the advanced technology and cars. The car in this film is great, of course. However, it was because the car itself is good. But with no further special effect was given in it, the car doesn’t look as cool as I am hoping for. Nor does the other technologies.

As for the story, Spectre has a good story. At least good enough to watch. However, I suggest you watch the previous films, which are Casino Royale (2006), Quantum of Solace (2008), and Skyfall (2012). Some past characters are mentioned in this film, so watching previous films first might help you. But if you didn’t want to watch them first, I guess it’s quite alright. I don’t remember much about the past films except Casino Royale, but I did just fine. I only remember a glimpse and I can still keep up with the story. Spectre has a complicated story, more complicated than just a spying agent film. So I guess, in a matter of the story, Spectre is pretty good. As for the action, well, not bad either. It’s rather good I must say. What’s less is the technology. I guess you can relate James Bond with technology anymore.

If I have to choose between this James Bond’s Spectre or Mission: Impossible – Rogue Nation, I am going to choose Mission Impossible. In the matter of technology, Mission Impossible is the absolute winner. As for the story, I think I will choose Mission Impossible either. I am not saying Spectre is not good. It’s good, but I just prefer Mission Impossible. However, I must tell you, Spectre is definitely better than Quantum of Solace. I don’t remember much, but I don’t really like Quantum of Solace. But if I still prefer Casino Royale than Spectre. Perhaps because in Casino Royale, you can still see some advanced technology and some awesome and thrilling poker game. Between Skyfall and Spectre, well, that’s up for debate, since I don’t really remember much about Skyfall.